The Seventh-day Adventist Church has women pastors or theologians in every division. How many you ask? No one knows. It is not because we cannot count; we know how many baptisms happened in each division; we obsess over offering versus tithe in each division. But when it comes to counting women, things get wobbly.

This is a companion discussion topic for the original entry at http://spectrummagazine.org/node/11817
7 Likes
Magdalena (Magdalena Bock) June 4, 2022, 2:35pm #2

I really admire and appreciate the support you give to women in general, and women pastors in the SDA church, Nerida Bates. I can only imagine how important that is for some of them whose call to ministry is not being recognized.
Having finished reading your article,though, the question struck me: What woman (and man) in her/his right mind in the year 2022 would still want to be part of a church, where men fear serious consequences, if it transpires that they helped Nerida count/ track down women pastors??? Could this church be really following Jesus?

My efforts outside of divisions where women pastors are generally respected did not get any further. Everywhere I sensed uncertainty or fear—fear of angering more conservative leaders, fear of angering the far right who can make a pastor’s life miserable, and fear that counting a woman pastor can reduce her to a statistic instead of a fleshed-out whole person pursuing her mission.

The sad picture you paint - along with the church’s refusal to officially ordain women as pastors fully equal to men - is probably the primary reason my daughters have all but left the church. They and most of their generation have no patience for such a proudly misogynistic organization. 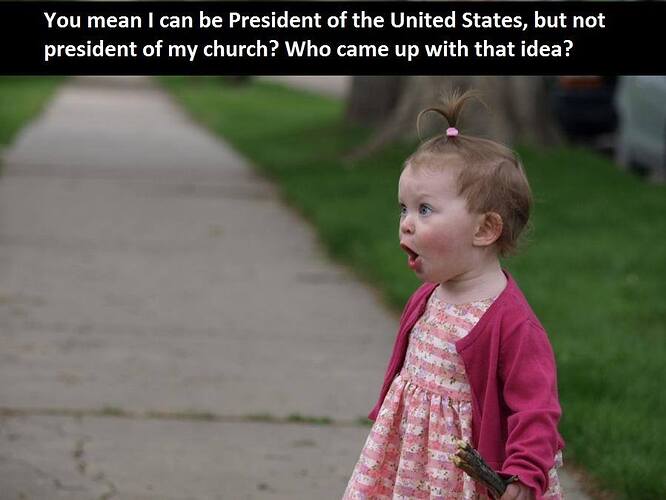 If these numbers keep growing, I predict a Mormon-style revelation at the top.
Someone will say, “it looks like God’s will to ordain women equally with men,” just as the cost becomes too high to do otherwise. There will be signs of the Holy Spirit present endorsing the policy change, and the faithful will chant. The coffers will fill as the ultimate sign that God has worked a miracle.

Thank you so much Nerida Taylor Bates and all the people who have help you to put together and publish these much-needed information. Your team is a good example of teamwork between women and men. Together we give a complete picture of God. I look forward to reading more about achievements like this one.

I have great hope on the next generation of men and women who have experience the bad fruits that a patriarchal system produces. They are our best allies when it comes to support women ordination and mutuality in ministry.

I am sorry for the ones who are leaving the church. But I do not blame them. To much drama.

Thank you Nerida, it sure feels good to be counted.

Indeed we are losing our youth as well as young women Pastors. There is only so much discrimination that any human being can take. Others have decided to leave and serve the Lord in other progressive denominations which pains my heart because they are so gifted- the church benefited a lot from them but the system is just dehumanizing. This honestly needs to change.

There is only so much discrimination that any human being can take.

Yes, especially when the club you belong to is rather optional and there are other similar clubs out there which have shed much of their misogyny.

It is a fact that attendance at any church is optional. But most denominations don’t want anyone to think about that and a total of none will remind a person of it!

Further, and if one dares, it doesn’t take a lot of extra-religion, secular research to see all the physical damage done by religions, in general.

But what’s more difficult to assess (and a topic one will is unlikely to read about in the SS quarterly!) is data related to all the psychological damage done to god’s children-both women and men-by institutions whose most fundamental assumption is that human beings are a blight on god’s creation.

A pop culture primer is M. Scot Peck’s book “People of The Lie”, although I suspect there are more recent-and probably more scholarly-works.

(Spoiler alert: According to Peck “The People” are just as likely found in church pews as in prison.)

It is a petty that the article is only in English. Please, try to publushed it in different languajes to share.

Underreported indeed! There are currently at least 3 women pastors in the South Botswana Conference alone; I say “at least” because I’m only counting those with post-secondary training and officially given mandate as church pastors, but other definitions given in this article will only push that number higher

You can report numbers to aaw4mnistry@gmail.com. They update the numbers at https://www.associationofadventistwomen.com/about-6-1 regularly.