A Balm in Gilead 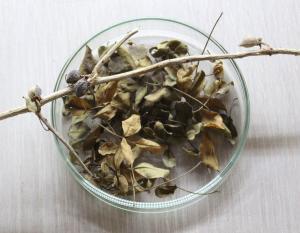 The harvest is past, the summer is ended, and we are not saved. For the wound of the daughter of my people is my heart wounded; I mourn, and dismay has taken hold on me.

Is there no balm in Gilead? Is there no physician there? Why then has the health of the daughter of my people not been restored?

Oh that my head were waters, and my eyes a fountain of tears, that I might weep day and night for the slain of the daughter of my people!

Beautifully sung , brought back memories of the very first time I visited Geelong Seventh day Adventist church in June 1966 when Avondale College Symphonic Choir toured the nation and sang this piece.
I remember the words “sin sick soul"
I did not know what being sick with sin was. Not that I did not have any shortcomings but dwelling on sin till one was sick was not my cup of tea. Adventist then focused a lot on sin, it buckled them down.
But then Desmond Ford came along and said, " whatever gets your attention gets you” and he was right my mum said the same thing.
Thank you indeed there is a great Balm in Gilead which encourages me along life’s journey.

Beautiful singing and great meditation in song.These scriptural references to the balm of Gilead have inspired many literary and cultural allusions, including references in “The Raven” by Edgar Allen Poe and movies such as The Spitfire Grill. Notably, “There Is a Balm in Gilead” is an African-American spiritual that compares the healing balm to the saving power of Jesus—the one true treatment that never fails to heal our spiritual wounds.
This cure comes through faith in Jesus Christ who died, and suffered that we might be healed of sin. Alas, many do not apply the cure. Recognize your spiritual sickness, know the cure, and apply it today. The “Balm of Gilead” is there for everyone to use and be healed.

“Balm of Gilead” has three references in the Bible. In Genesis 37:25, as Joseph’s brothers contemplated how to kill him, a caravan of Ishmaelites passed by on their way to Egypt from Gilead. In their cargo were “spices, balm, and myrrh.” Jeremiah 8 records God’s warning to Judah of what Babylon would do to them. Upon hearing the news, Jeremiah laments, “Is there no balm in Gilead?” (verse 22). His question is a poetic search for hope—a plea for healing. Then, in Jeremiah 46:11, as God describes an impending judgment on Egypt, He taunts them: “Go up to Gilead and obtain balm, O virgin daughter of Egypt! In vain have you multiplied remedies; there is no healing for you!”

A balm is an aromatic, medicinal substance derived from plants. Gilead was an area east of the Jordan River, well known for its spices and ointments. The “balm of Gilead” was, therefore, a high-quality ointment with healing properties. The balm was made from resin taken from a flowering plant in the Middle East, although the exact species is unknown. It was also called the “balsam of Mecca.” Myrrh is taken from a similar plant—Commiphora myrrha. The Bible uses the term “balm of Gilead” metaphorically as an example of something with healing or soothing powers.