A (Very) Brief History of Silence 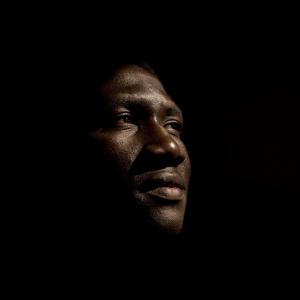 Emma González, one of the last of the student speakers at the March for Life in Washington, D.C., called out all 17 names of the students murdered in the Parkland shooting, and then fell silent. As she gazed out over the enormous throng on the Mall, the minutes ticked slowly by. At first, the crowd thought she had been overcome with emotion, but although tears trickled down her cheeks, she did not waver. Three minutes went by and some in the crowd raised a cheer to fill the silence. Four minutes, and by now we understood that she had a purpose in mind. Many in the crowd around me bowed their heads and wept. Finally, she spoke again: "Since the time that I came out here, it has been 6 minutes and 20 seconds, the shooter has ceased shooting and will soon abandon his rifle and blend in with the students so he can walk free for an hour before arrest.”

Silence can be a presence and a protest. Sometimes it’s a cold absence. But it is never nothing. It can make a difference to one’s spirit to know these silences.

The Silence of God’s Darkness

N. T. Wright, in his book, Evil and the Justice of God, has called Psalm 88 “the darkest and most hopeless of any prayer in Scripture.” The psalm is not a theological treatise, it’s not interested in speculation. It’s a brutal eyewitness account of what it’s like to be a partner to a God who does not answer when the situation is dire.

Walter Brueggemann calls Psalm 88 one of the “Psalms of disorientation” in The Message of the Psalms. These Psalms speak of terror, the sense of forsakenness, the inexplicable silence of God. Brueggemann says, “The truth of this psalm is that Israel lives in a world where there is no answer.”

In verses 6-9, the Psalmist calls out in sorrow and anger. Not only has he descended to the Pit, but it’s Yahweh who put him there. “You have made me a thing of horror.” God doesn’t come off well here. “Do you work wonders for the dead?” cries the Psalmist. “Are your wonders known in the darkness?” Of course not.

But the silence of God does not silence the speaker. There is no atheism here or rejection of God. The speaker redoubles his efforts to break through the silence and to force God to act. As Brueggeman says, “Yahweh must be addressed, even if Yahweh never answers.”

The Psalm closes in desperation: “Your wrath has swept over me, your dread assaults destroy me.” You’d think some of this would rouse Yahweh to respond or even just to acknowledge the situation. But no. The Psalm ends as it began—in darkness and silence, but this time a darkness that is brought on by Yahweh in contrast to the natural darkness of the night.

The Silence of Fidelity

Jesus’ silence before those who mock him at his trial is the silence of fidelity, of staying true to his vision of God rather than escaping to fight another day. Even in captivity, Jesus regards his tormentors with assurance and humility. He will neither elaborate upon nor dumb down that which he has already revealed about the character of God and his Kingdom in a multitude of ways over many encounters.

“When violent resistance to evil is renounced,” says Jack Miles in his book, Christ, “there is no guarantee that dignity or decorum will be retained.” When the righteous are mocked in the Psalms they complain, expecting the Lord to smash the wicked in the mouth. But here God is laughed at in the person of Jesus. Miles continues: “If God has not spared himself ridicule, his people cannot expect that he will spare them. The psalmbook has to be read in a new way. The servant, as he has reminded them, is not greater than the master.”

In his brief but pointed exchanges with Annas and Caiaphas, the high priests at his trial, Jesus refuses to engage them, while pointing out that he has taught openly in their synagogues and the Temple. “Why ask me?” he says. “Ask my hearers about my teaching.” And then calmly: “They know what I said.”

“My kingdom is not of this world,” Jesus says before Pilate. “So, then, you are a king.” Jesus replies, ‘It is you who say that I am a king.’ Miles comments that “His confrontation with Pilate marks the birth of the Western tradition of nonviolent resistance.”

In his silence toward his captors Jesus fights for the greater cause and God’s longer game. He may not have understood all the moves in this game, but he trusted that God had the upper hand in this cosmic battle. That is why Jesus could commend his spirit to God, even when he felt forsaken by God in his agony on the cross.

The Silence of Endurance

God’s silence toward Jesus on the cross is a silence of endurance. ‘My God, why have you forsaken me?’ Jesus cries, the prayer that God does not answer.

Jesus’ agony on the cross is mirrored by God’s agony of silence. In the Christian mythos this is the culminating moment in cosmic history and God will not intervene. This is not about God requiring His pound of flesh in some legalistic payback scheme; it’s about revealing the lengths to which God—and God in Christ— is willing to go to show that love wins in the end over hatred.

The Silence of Awe and Understanding

In the clangor and violence of the Book of Revelation there comes a breathtaking moment: “When the Lamb opened the seventh seal, there was silence in heaven for about half an hour,” Revelation 8:1 recounts. “On the whole,” writes Sigve Tonstad in God of Sense and Traditions of Non-Sense, “Revelation depicts heaven as a noisy place. But silence is itself a distinctive category of response, the most spontaneous and intuitive form of reacting to the unexpected and the most trustworthy measure of the magnitude of the surprise.”

The breaking of the seventh seal rips a sharp intake of breath in heaven. There are no words. It is the sigh of understanding that all religions and faiths and peoples have longed for throughout the ages.

“After this I looked, and there was a great multitude that no one could count, from every nation, from all tribes and peoples and languages standing before the throne and before the Lamb, robed in white, with palm branches in their hands” (Revelation 7:9). It is the culmination, at this stage, of what can be experienced of God by humans.

But this is also just the beginning of what the apostle Paul looked for, the revelation of which is to “know as we are known.” For those caught up in God, entheos, the glass, so dark before, grows brighter moment by moment.

In the Tao Te Ching, the book of Taoism, emptiness has a place. “We shape clay into a pot, but it is the emptiness inside that holds whatever we want. We hammer wood for a house, but it is the inner space that makes it livable. We work with being, but non-being is what we use.”

Emptiness, silence — these elements in Taoism are regarded not as negation or lack, but rather a presence to be apprehended through intuition.

The Hebrew metaphysic is quite different. Emptiness and silence are to be resisted; they are an affront to the soul, a setback to the vigorous movement of the body through the obstacles strewn in our way in this life. God, having once spoken, is not allowed to remain silent, not even to take a breather out of sight in an adjacent room from the clamorous clanging of His errant children. The great Hebrew visionaries, the Psalmist among them, take their cues for meaning from the Creator: words bring objects into being and words create reality. Silence is dismissal, not conversation in another musical scale. For this we should be grateful, since it is through words that many of us live and move and have our being. What you cannot construct with your hands you can imagine with your mind and bring into being with your words.

Perhaps if it were not for the righteous fury of the prophets and the Psalmist in the silent darkness of God, we could not bear to hear from those in the Christian tradition who have learned to live in that silence—people such as St. John of the Cross, St. Teresa of Ávila, Thomas à Kempis, Thomas Merton and C. S. Lewis. Like the Psalmist, they did not shrink from the plain reality that for us God is often silent too and clothed in darkness.

Until we see God face to face, we must take the dark with the light, and find in God’s silence our memory and our future in faith. “Silence is the language of faith,” says Christian Wiman. “Action — be it church or charity, politics or poetry — is the translation…It is also true that without these constant translations into action, that original, sustaining silence begins to be less powerful, and then less accessible, and then finally impossible.”

To see and understand in this way in this life is the working out of our faith within the world’s travails. But it is also the anticipation of a much deeper understanding of God through the eucatastrophe, the ‘good down stroke or breaking in,’ of God that will reveal the knower to the known.

Barry Casey taught religion, philosophy, and communications for 28 years at Columbia Union College, now Washington Adventist University, and business communication at Stevenson University for 7 years. He continues as adjunct professor in ethics and philosophy at Trinity Washington University, D.C. This essay was originally presented at the Faith and Reason Sabbath School at Sligo SDA Church. It is reprinted here with permission. More of the author’s writing can be found on his blog, Dante’s Woods.

Perhaps it could be said that faith grows best in the silences that punctuate our lives as children of God.