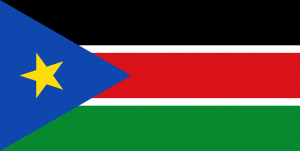 Silver Spring, Maryland (April 30, 2018)—The Adventist Development and Relief Agency (ADRA) is mourning the death of one of its employees killed on Tuesday, April 24, in Tali County, South Sudan. Mr. Agoyo Robert was working for ADRA South Sudan’s Health Pooled Fund (HPF) project, an initiative aimed at extending health services to thousands of people in the country.

Mr. Agoyo Robert, who was off-duty at the time of the incident, was killed by unknown gunmen who fired gunshots at the vehicle he was traveling in. Agoyo was returning from Juba, the capital, after visiting his wife who was hospitalized due to labor complications. Other fellow travelers were injured by gunfire.

“Our ADRA family around the world is deeply saddened by the senseless killing of our colleague. During this terrible tragedy, we lift in prayer his family, in particular his wife, and express our heartfelt condolences,” said Jonathan Duffy, president of ADRA International. “Each day, our colleague worked tirelessly in humble service to make life better for so many others. We will never forget his commitment and service to the people of South Sudan.”

ADRA condemns this attack in the strongest possible terms. Everyone at ADRA is shocked and appalled at the violence of this attack toward its staff and those who were injured. ADRA is taking every precaution possible to ensure that staff on the ground remain safe.

“This tragedy underscores the tremendous courage and commitment of our staff who face constant challenges in some of the toughest places in the world as they selflessly work to give hope and better opportunities to so many families,” added Mr. Duffy.

In a separate incident this week, ten relief workers traveling in South Sudan were abducted on April 26 by an armed group, according to the United Nations. Since 2013, at least 98 aid workers have been killed in South Sudan, the majority have been South Sudanese.

For medical workers in South Sudan's war, work is extremely challenging and dangerous. Due to the ongoing conflict, organizations like ADRA are often left to provide healthcare—even primary healthcare—to many areas of the country. Due to a recent spike in violence in the area where the Health Pooled Fund project is being implemented, ADRA had to withhold health services until further notice.

The Health Pooled Fund project, funded by ADRA-UK, is extending health services to 209,902 community members in the Terekeka county. With this project ADRA is also strengthening the operations of 40 health centers in the county improving access to health services, in particular for women, children and the vulnerable.

This press release was provided by ADRA.

One of the best ways to demoralize and cripple a nation like the Sudan is to
Prevent any health services in a community.
Promote poverty and malnutrition which promotes disease.
Prevent communication among peoples.
Publicly terrorize persons or groups who desire the advancement of the general population.

Thank you for your excellent advice for the terrorists.
Perhaps they will make a note of your 4 points.
But perhaps they don’t read Spectrum.