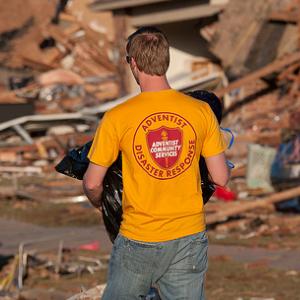 Australian Adventist Man Mocks Muslims in Video and Is Fined by Court. Seventh-day Adventist Christopher Neil Shortis and two other Australian men from a far-right group have been convicted and fined for inciting contempt and ridicule of Muslims after a stunt protesting the building of the Bendigo mosque. The men made a video in which they beheaded a dummy with a toy sword and chanted "Allahu Akbar," spilling fake blood on the footpath and wall of a garden bed beside the Bendigo City Council offices. Shortis argued that the conviction was unfair. "While people have mocked my faith as a Christian . . . , a court of law is not the place for hurt feelings," he said. Each of the men, who represented themselves in court, was convicted and fined $2,000 plus $79.50 in statutory costs. From news.com.au, “Vic 'patriots' guilty of Islam contempt.”

Huntsville First Seventh-day Adventist Church Protests NFL over Colin Kaepernick. The Huntsville First Seventh-day Adventist and several area Huntsville, Alabama, churches have joined together to protest the NFL, but their goal is to make positive role models for kids. The churches are urging a Blackout for the NFL in response to Colin Kaepernick's actions last season during the national anthem. A video on social media by the SDA church now has over seven million views. "We actually went viral. We were not expecting that," says First Seventh-day Adventist Church associate pastor Alfonzo Greene. The pastor is urging a ban of the NFL because the congregants believe former San Francisco 49ers Quarterback Colin Kaepernick was blacklisted for his taking a knee during the national anthem last year. "Refrain from viewing NFL games, from purchasing NFL items," says Greene. Instead of watching games, the groups are mentoring kids during the 17 weeks of NFL football season and teaching them life skills. From WAFF, “Huntsville church plans protest of the NFL.”

Adventist Pastor and Family Sheltered by Macon SDA Church During Hurricane Irma. When Hurricane Matthew struck last year, Seventh-day Adventist pastor Mardoqueu Silva of Jacksonville, Florida, found himself in Macon with his family of six—and no place to stay. He said the Lord led him to check the Macon phone book for Seventh-day Adventist churches in Macon, and the only one that answered the phone turned out to be providing a shelter. “This year, as the family fled from Hurricane Irma, church members just called us and said ‘Do you guys need a place?'” Silva said. Daphne West was among those helping with the cooking. She said they had about 15 evacuees total from Jacksonville and Miami. “That’s what Jesus would have us to do,” West said when asked what led the church to open the shelter. “We are here to serve others in whatever way we can help out.” From The Telegraph, “Irma evacuees take shelter at Macon church for second time.”

Nebraska Adventist Congregation Provides Needy Community Women with Spa Day. For the past seven years, Pastor Ken Maldonado and congregation members from the Seventh-day Adventist Church in Scottsbluff, Nebraska, have set aside a Spa Day to offer special treatment to women who often need a breather from their hectic lives. “I heard about the program from a friend in Kentucky,” Maldonado said. “I decided to incorporate it into our faith community to reach out to local women with God’s love.” Women from the area came for lunch and to receive free shoes, a hair styling, manicure, facial, or other special pampering they might want. “Many of them are single parents or on their own, so they’ve never had the opportunity to be pampered. We have had as many as 150 women come for the day.” Church member Diane Watson agreed it was a special gift of love to women in the community. “One woman who was raising her children as well as caring for her injured husband told me she really needed a day like this,” Watson said. Maldonado said the day is made possible in large part by the numerous volunteers and businesses that provide both services and gift products for the event. “This is a way for us to let the community know we’re glad to share and get to know people,” Maldonado said. From the Scottsbluff Star Herald, “Area women treated to special day.”

Napa Christian Increases Enrollment with Basketball Team's Students. Napa Christian Campus of Education, a K-12 Seventh-day Adventist school, and Napa-based Prolific Prep Academy, which plays a national tournament basketball schedule, have entered into a partnership where 15 players on the Crew are students adding to the enrollment of 127 students. The partnership was announced by Justine Leonie, Napa Christian’s principal, and Philippe Doherty, Prolific Prep’s co-director and director of operations. “Basketball is not my first priority. School and their health and their well-being and their confidence and what’s going to happen to them past basketball–that’s my priority,” Leonie said last week. “They are an extraordinary group of players. They are respectful and well behaved. We have found here at Napa Christian that they have just done nothing but enhance our program. They fit in beautifully.” From the Napa Valley Register, “Prolific Prep boys basketball players all now students at Napa Christian.”

This is a companion discussion topic for the original entry at http://spectrummagazine.org/node/8245
frankpeachamvt (Frank Peacham) September 21, 2017, 11:50am #2

The pastor is urging a ban of the NFL because the congregants believe former San Francisco 49ers Quarterback Colin Kaepernick was blacklisted for his taking a knee during the national anthem last year.

Such thinking baffles me. In their video the church wants to teach core values to teens, a good idea. I ask them, is respect for authority a core value? Most find disagreement in some areas with the government or the police. Yet we depend on the smooth running of the government in security and finances for their home and family. To refuse to show respect to the flag is base and dishonorable (in my opinion). How blinded can they be? They wish to teach values while they champion a man who dishonors them. I don’t get it!

I am baffled that people think kneeling is a sign of disrespect.