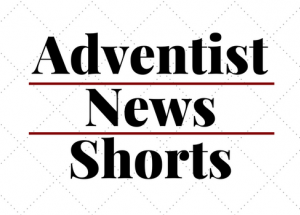 In this week’s news round-up, an Adventist farmer is the first non-Muslim to run for a seat in the Malaysian election, Malawi congregants give to those in need, Oregonian healthcare workers help refugees in Rwanda during medical mission trip, Burman University students spend spring break helping local community, an Adventist high school in Zimbabwe has allegedly fired 12 teachers without cause, and a former Adventist pastor is arrested and charged with criminal sexual conduct.

Adventist Is First Non-Muslim to Run for Seat in Malaysian Election. Seventh-day Adventist farmer Satail Mojungkat, 61, has become the first non-Muslim to be fielded as Sabah Pas party candidate in the Malaysian 14th General Election. He is among the 24 candidates who will run for Kadamaian state seat. “It has been eight years since I joined the party; it is the value of leadership that attracted me to be a member.” Although Pas is an Islamic party, it does not restrict candidates. “As this is my first time contesting, I will fight for people’s economy,” he said after Pas president Datuk Seri Abdul Hadi Awang announced the candidate lineup. From New Straits Times, “Farmer from Pitas first non-Muslim to be Pas candidate for Kadamaian state seat” and from FMT News, “Seventh Day Adventist among PAS candidates in Sabah.”

Malawi Congregants Give Their “Two Mites” after Camp Meeting. The Seventh-day Adventist church in the lakeshore district of Salima, Malawi, donated assorted items worth K250,000 ($350 U.S.) to 50 needy people in the district. The donations were made during the closing of Easter Camp Meeting. According to the program’s facilitator Evangelist Golden Lapani, the charity approach was conducted as part of evangelism which is one of the crucial areas in the congregation’s doctrines.“We believe in sharing the little we have. The donations that the church made today is just a means of sharing Jesus’ love with others and not necessarily showing off that we are wealthy,” Lapani said. Some of the donated items include maize, packets of salt, beans, and luxury soap. The church also donated money to pay school fees for two students from Msalura Community Day Secondary School (CDSS) in the same district. Speaking on behalf of the beneficiaries, James Chiwinga commended the church for the gesture saying they have been rescued from the problems they were facing. From Malawi 24, “SDA donates items to the needy on Easter.”

Oregonian Healthcare Workers Continue 25-year Tradition of SDA-sponsored Mission Service. For the past 25 years, a group of physicians and other staff from Samaritan North Lincoln Hospital in Oregon have participated in medical mission trips around the world, organized through the Seventh-day Adventist Church. This year’s two-week trip included two days at Rwamwanja Refugee Settlement in Uganda. More than 70,000 people live at the settlement, displaced by a brutal civil war in the neighboring country of Congo. Next, the team spent five days in the city of Ishaka. Stationed outside of Ishaka Adventist Hospital, all care was provided outdoors, sheltered by tents. While the mission trip is sponsored by the SDA Church, mission participants need only be qualified and willing workers. Samaritan North Lincoln Hospital has supported the trip all these years by allowing several providers and other clinicians to be away from work at the same time. The hospital has also provided medications for the teams to take. From Lincoln City Homepage, “Hospital staff traveled to Uganda for annual medical mission.”

Burman University Students Give Spring Break to Serve Local Community. A team of 17 students from Burman University in Canada spent their holiday giving back by coming to the aid of Langley City residents Al and Sonia Peters. “Their health is so not good, and finance is always a struggle,” AOK pastor Michael Dauncey said of the couple’s circumstances.The couple had been nominated, by their granddaughter Katelyn, for the annual Extreme Home Repair (EHR) offered through the Church of the Valley’s Acts of Kindness ministry. The couple received some “serious kindness” that came in the form of a new roof and fence, said Dauncey. Dauncey noted that the couple was “thrilled” with the job that was done and the kindness and generosity they received. About half of the Burman group spent their spring break helping the Peters. The rest of the Burman students spent the break working with youngsters. From Langley Advance, “Kindness of Alberta students fulfills dream for older Langley couple.”

Zimbabwe Adventist High School Has Allegedly “Fired” 12 Teachers for no Cause. The Seventh-day Adventist Solusi High School in Zimbabwe has allegedly “fired” 12 teachers directly employed by the school before re-advertising vacancies for the same posts. The teachers’ contracts were terminated at the end of last term. A parent who spoke on condition of anonymity said it is unclear why the teachers have been fired. “Some of the teachers have been employed by the school for nearly 10 years. They were dismissed at the end of March without justification. What is even surprising is that the teachers are part of the team that won the Ministry of Primary and Secondary Education Secretary’s Bell last year,” said one of the parents. South Zimbabwe Conference of Seventh-day Adventists executive secretary Canaan Mkombe declined to respond to questions sent to him. He said the church was in the process of gathering details on the matter. “We thank you for the questions which you have asked. It appears they are pertinent. However, we are unable at this point to answer comprehensively to the questions or make any comments. The church needs to get full details regarding the issue before responding,” he said. Solusi High School’s School Development Committee chairman, Dumisani Ncube, said the school did not terminate the contracts as they had already expired. From The Chronicle, “Solusi High ‘fires’ 12 teachers.”

Former Associate Pastor at Adventist Church in South Carolina Arrested and Charged with Criminal Sexual Conduct. Eduardo Elias Cornejo, 34, a former associate pastor at Columbia First Seventh-day Adventist Church in Lexington, South Carolina, was arrested and charged with criminal sexual conduct. He turned himself into police after a victim came forward earlier this year to report a sexual assault. He is being held at the Lexington County Detention Center on a $10,000 bond. The female said Cornejo met with her and "used persuasion and physical force" to have sex with her. The woman said she was very clear she didn't want to have sex with Cornejo and repeatedly said no. Cornejo told her not to tell anyone. In August 2017, Cornejo was fired from his job as a pastor, according to police. He and his family moved from the state. Police believe Cornejo used his position as a pastor to coerce other women into having sex with him. From The State, “Lexington pastor may have used job at church to sexually assault women, police say.”

This is a companion discussion topic for the original entry at http://spectrummagazine.org/node/8729
elmer_cupino (Elmer Cupino) April 26, 2018, 4:46pm #2

The female said Cornejo met with her and “used persuasion and physical force” to have sex with her. The woman said she was very clear she didn’t want to have sex with Cornejo and repeatedly said no. Cornejo told her not to tell anyone.

This scenario could mostly likely occur in a Male Headship environment where all the ingredients for male domination and women subjugation is present than in a matriarchal setting. I only wonder whether Pastor Cornejo was as ardent supporter of Male Headship as fiercely promoted by some independent ministries close to our GC leadership’s vest.

I’m interested in his firing in August 2017. Was he fired for something to do with his apparently very inappropriate behavior? Did they know he had possibly assaulted someone? If so, shouldn’t some digging on the part of the church board been done, and possibly reporting to the police?

What really happened regarding the firing? Another sexual issue swept under the rug?