An Open Letter to the Environment 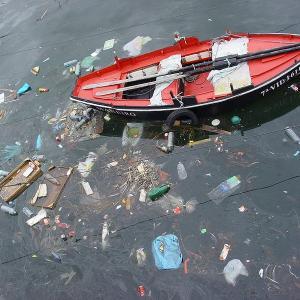 I am trying to say it kindly. Indeed, the forces amassing against you are greater and more formidable than you imagine. I say this as a friend, speaking the truth even when it hurts. And yet I would not have written if I had nothing else to say. Your pain is grave enough as it is. My reason for writing is not to tell you what you already know or to say that the situation is worse than you think, even though it is. I am writing to remind you that there is hope, that you must not give up, and that you must not cease giving voice to your hope.

Present reality looks dire. Recently, Dr Stephen Dunbar, from the Department of Earth and Biological Sciences at Loma Linda University, an expert on marine pollution, with whom I teach a course called The Bible and Ecology, detailed in a lecture how the oceans are filling up with plastics that on the one hand resist degradation, and, on the other hand, degrade in a way that is hugely detrimental to the survival to the creatures that populate the oceans. Steve showed pictures from the Great Pacific Garbage Patch, an area twice the size of Texas. Ocean currents combine to fill up this area with plastics from the Asian coast. Seeking parity, plastic bottles and other plastics from the Pacific North American continent are filling up in a similar garbage patch off the Asian coast. The notion that the ocean gets cleaner the further one gets from land is now a fiction. In some ways the opposite is true; ocean currents concentrate human garbage far from the site of origin. I am listing the web address to some videos of this one problem alone in case you have not seen them: http://www.ted.com/talks/capt_charles_moore_on_the_seas_of_plastic.html http://www.ted.com/talks/chris_jordan_pictures_some_shocking_stats.html (I refer to these videos tongue-in-cheek, knowing that even if you have not seen them, you have felt the reality in your belly, meaning the belly of the ocean and the belly of fishes, birds, and marine animals that are choking on plastics).

How did things come to be this way? I’d like to list a few of the contributing factors before I move on to the subject that weighs most heavily on my mind. I do this more for my sake than for yours, as a sort of confession, wishing to impose on myself an incentive to desist from the harm I, too, have been inflicting on you.

First, there is the language we use. We call you ‘the environment.’ If anyone were to ask why you are losing, perhaps we need go no further than this. We talk about you with detachment, as though you are merely what surround us—as though we are the truly important character in the story, and could do without you if we had to. It is embedded in our terminology that you are neither part of us nor indispensable to our existence. Conversely, to the extent that we take an interest in you, we do it not because you are important but because we are beginning to fear the consequences to us of the way we are treating you. It is the human story that excites us, not your story.

Second, there are deep-rooted theological reasons for your plight. In the realm of theology, you have been left out almost entirely. No less a theologian than Gerhard von Rad, perhaps the leading interpreter of the Old Testament in the twentieth century, held that the Creation account in Genesis is little more than an afterthought. In his view, the real meat of the biblical story is, as you might guess, the story of human salvation (Heilsgeschichte). You were not invited to the table in this version of things; this retelling has no interest in the earth and in non-human creation. It is not an accident of history that the most voracious meat-eating culture in history is found in countries that claim a Christian legacy.

Has it been lost on us that, in the Creation account, human beings are not relating to sentient non-human beings as though they are meant to be our food? (Gen 1:29-30). Has it been lost on us that God’s first blessing in the Bible is a blessing on non-human creation, setting up a pattern for the blessing God will bestow on human creation and finally on the Sabbath? (Gen 1:20-23, 28; 2:1-3). How have we allowed the difference between us and you to obscure the organic bond that connects us? We are, as you will certainly remember, earthlings. Our stories are linked at the point of origin, as it is written. “The Lord God formed man [’ādām] from the dust of the ground [’ādāmâ], and breathed into his nostrils the breath of life; and the man [’ādām] became a living being” (Gen. 2:7). Let there be no doubt that we are closely related! Indeed, when our lives come to an end, we return to you, to the earth from which we are taken (Gen 3:19).

Third, in the context of Christianity, there are deep-rooted philosophical reasons for the way we ignore your needs and trample upon your sensibilities. I will mention only two things, and then I will stop. The Platonic influence on Christian thought made it seem like materiality was a negative, a burden from which we needed to escape at all cost. If the human body, too, was such a contaminant and a distraction to the soul, it is small wonder that “the environment,” the outer envelope of materiality, could not have much value. To Christians throughout the centuries, it was always the soul that mattered most. When, in the seventeenth century, the body finally got a measure of attention, we got it wrong in a way that was worse than the problem the Enlightenment sought to correct. Spurred on by Francis Bacon (1561–1626) and others, human civilization embarked on an enterprise of conquest, exploitation, and domination. I need not tell you what this has led to, how we have “ravaged and plundered and ripped you and bit you, stabbed you with knives in the side of the dawn, and tied you with fences and dragged you down,” as it says in a song that in some people’s ears will not be fit for good company.

I guess I got carried away. I really meant to write to you about hope. In the Bible, all over the place, you are not treated as a thing that has no feelings and no voice. In the Bible you mourn and you rejoice (Jer. 12:4; Isa. 35:1); you grow silent and you sing (Jer. 4:28; Psa. 96:12; Isa. 49:13); you let your hands fall in despair and clap your hands rejoicing (Isa. 55:12). In the Bible you have moral qualities, resisting the violent hand of Cain, who thought he could count on you to hide the blood of his brother (Gen. 4:11-12). You get nauseated to the point of vomiting, turning the human tenant out of the habitation that is you (Lev. 18:26-28). You are keenly aware of God’s redemptive purpose, acting to thwart the power that seeks to destroy what God is determined to redeem (Rev. 12:16).

And you have hope. God has not rescinded the blessing on you (Gen. 1:23), nor on human creation (Gen. 1:28), nor on the Sabbath (Gen. 2:1-3)—something we, as people who treasure the Sabbath, ought to know. You are included in the horizon of hope, as you must be (Rom. 8:19-23). I’d like to see you more often in the pulpit, speaking in your inimitable voice. Wail out loud, as you must in your agony (Rom. 8:19); proclaim your version of the hope that we hold in common (Rom. 8:20, 23); do not let anyone coerce you into giving up the confidence “that the creation itself will be set free from its bondage to decay and will obtain the freedom of the glory of the children of God” (Rom. 8:21). And, now that I have spoken openly to you, do not hesitate to write back to say that you are waiting “with eager longing for the revealing of the sons and daughters of God” (Rom. 8:19).

I would like to be among those who will not let you down.

This is a companion discussion topic for the original entry at http://spectrummagazine.org/node/2334
1 Like