This is a companion discussion topic for the original entry at http://spectrummagazine.org/node/11307
harryallen (Harry Allen) July 3, 2021, 9:00pm #2

Critical race theory is the scholary study of how racism affects law.

Dr. Baker does so much good work through blackSDAhistory.org, uncovering the facts of the African-American experience with Adventism and with racism. These have often been the same encounter.

Also, here, he makes a profound contribution to the frequent void, with actual suggestions, concerning what young white children should be told about white supremacy; for example, “the human propensity is that, when you have privilege, to take advantage of it.”

Still, I wish he’d made the above statement about CRT. The discussion of race is typically, almost essentially beset with confusion. Much of this, I suspect, is intentional. The current conversation on this very issue is evidence of this.

For example, consider the widely-seen conversation Joy Reid, host of MSNBC’s The ReidOut, had in June with Christopher Rufo. He is the conservative activist, according to The New Yorker, who “invented the conflict over critical race theory.” 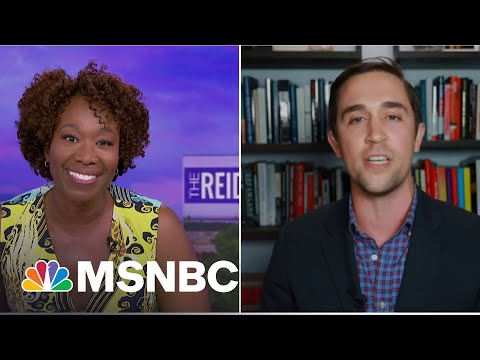 Apparently, what many of over 15,000 YouTube commenters saw was Reid talking over her guest, nastily keeping Rufo from explaining himself. (That and, also, I suspect, a Black female being “uppity,” by putting a white man in his place.)

I, on the other hand, barely regarded this, or, rather, wasn’t put off by it. I wasn’t, because I didn’t think Reid was being rude. It was clear she was working to get Rufo answering her questions, and not dominating show time with his scripted talking points.

Few of these commenters, however, seemed to notice what, for me, was the interview’s high point: Reid’s lengthy screenshot of three March 15 tweets in which Rufo laid out his strategy to delegitimize the term “critical race theory”: 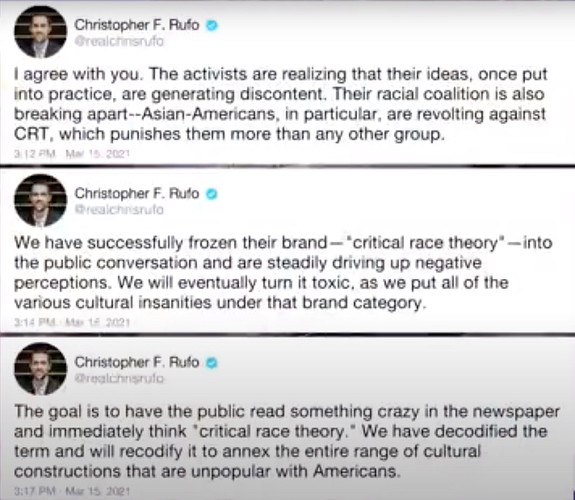 Though brazen, this is expected. As I’ve frequently said, even here on Spectrum, the chief weapon of a racist is deceit, and the chief tool of deceit are words. Put another way, racism is primarily weaponized, sequentially, by deceit, secrecy, and violence.

Of course, I am not saying that Christopher F. Rufo is a racist, nor would I ever do so, unless he said he was one, first.

Of course, I am not saying that Christopher F. Rufo is a racist, nor would I ever do so, unless he said he was one, first.

that’s a bit deft, i think…what real racist is ever going to concede, much less proclaim, his racism…and why should joy walk on eggshells just to avoid accusations she’d certainly sustain regardless…

Thank you for sharing.
Seems to me not only MLK was a visionary, but also the administrators of Oakwood at the time. I listened to MLK’s speech with deep admiration - both in style and content.

A tribute to New Orleans followed … with a subtle message of what integration into a brotherhood could look like. 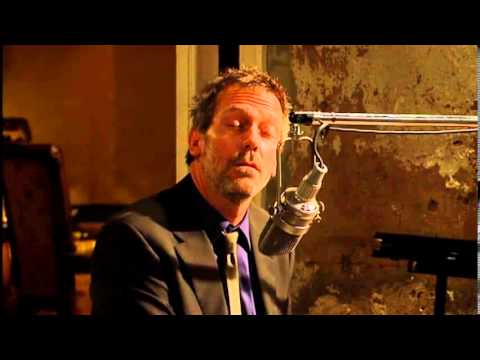