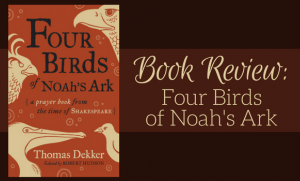 “Prayer is the opening of the heart to God as to a friend.” —Ellen G. White

For many life-long Christians, prayer comes naturally. It’s something we’ve grown up with. We’ve prayed at the dinner table and heard prayer from the pulpit. Perhaps we whisper our individual prayers in the waking hours of the day or as the sun is setting in the evening.

But how does a new Christian “learn” to pray? How do those raised in a Christian environment keep from falling into the rut of prayers said as habit, rather than prayers said from an open heart “to God as to a friend”?

In college at Andrews University, an English professor would read to us from the Book of Common Prayer each morning for worship and I always appreciated the fresh perspective and timeless beauty of those prayers. Crafted in 1549 in the wake of the Protestant Reformation, these prayers formed the Anglican liturgical service, with litanies for communion, baptism, confirmation, marriage, funerals, and more.

In this newly released edition, published by Eerdmans and edited expertly by Robert Hudson, Dekker’s poignant, fervent prayers are available to a new generation, and are surprisingly and delightfully still relevant for today’s Christians.

To fully appreciate Dekker’s work, it’s important to know a little history about his life. Dekker was an Elizabethan playwright who penned his work as the Black Death ravaged London. Throughout his lifetime, he would survive a total of four major London plagues. Despite the danger and tragedy that surrounded him, Dekker remained in London, writing prayers “in honor of the ordinary working people for whom he had such a deep and enduring affection” (1). Dekker also bore witness to chaotic political upheaval. During his childhood, the Parliament of England declared Catholicism a crime punished by death. When he was 16, the English fleet defeated the Spanish Armada. He was 31 when Queen Elizabeth died and James was crowned King. He was 39 when the King James Bible was published.

Unlike the Book of Common Prayer, which was compiled, written, and supervised by bishops, kings, and religious scholars, Dekker was none of these things. He was a common working man; a professional writer, though not a particularly successful one. Hudson writes that “In 1612, Dekker found himself in debtors’ prison—for the third time in his life—where he would remain for seven years” (3).

Though most certainly a Christian, he was not particularly religious or pious, nor did he write any other spiritual works. In fact, “scholars suggest that Four Birds of Noah’s Ark was a bit of religious hackwork, written for wealthy patrons as a way of cashing in on the anxieties of the time” (6). Despite this, or perhaps because of it, Dekker’s prayers are powerful. After all, is it not when we are faced with the common pressures of everyday life—health and financial concerns—that we most passionately and desperately turn to God? Dekker’s prayers were perhaps crafted with sincere conviction because debtor’s prison and plague were constant, looming threats in his life.

Hudson tells the reader that by the time Four Birds was published, the Black Death had abated and urgency for God’s help in times of suffering had dwindled. There was no second printing of Dekker’s work. It was not until 1924 (over 300 years later) that a new edition appeared from F.P. Wilson, who served as tutor to none other than C.S. Lewis when he attended Oxford. Lewis, who became familiar with Dekker’s writings through his tutor, “occasionally quoted from them in his letters and essays” (12).

It is from Wilson’s edition that this new edition by Hudson is largely based. Though Hudson has modernized the language for a new generation, he has taken care to stay true to Dekker’s original meanings. Hudson also took the liberty of formatting the prayers into short lines so they read like poetry.

The book concludes with a section of “short, pithy meditations” that Hudson has christened “Feathers.” Here Dekker includes quotes from some of the most well-known scholars and theologians of his time, including Augustine, Bernard, Gregory, and Jerome.

Within Four Birds are prayers for a child going to school, for farmers, soldiers, pregnant women and midwives, the ill, the imprisoned, and the coal miner. The poor and the wealthy, the commoner and those in power, can all find prayers for their specific trials and challenges. There are prayers for leadership, both of the country and of the church.

In Dekker’s “A Prayer for the Council” he writes what could be a prayer for our General Conference in session:

to a ship under sail; without the one,

a state is shaken by every tempest,

and without the other, people run upon

the rocks of inevitable danger.

among the lords of our council.

Sit at the table with them,

and let no decrees pass but those

in which you have had a hand.

“For, alas, what reason have I to be proud?” asks Dekker in “A Prayer against Pride.” He continues,

Am I not dust and ashes?

Am I not made of the clay of the earth?

And must I not, in the end, like a potter’s

earthen vessel, be broken all into pieces?

And in “A Thanksgiving for All Those Benefits We Reap by the Death of Christ” Dekker reminds us that Jesus “ventured his life and lost it / we ventured nothing but were upon the point / of shipwreck, and yet we came home survivors.”

The last prayer in the book is “A Thanksgiving for All Those Benefits We Are to Receive by Christ’s Coming in Glory” and Dekker concludes with the following lines:

Make us, O Lord, to be Doves in our lives,

innocent and without gall;

to be Eagles in our meditations,

clear-sighted and bold to look upon you;

to be Pelicans in our works,

charitable and religious; and lastly,

to be as the Phoenix in our deaths,

that after we have slept in our graves,

we may rise up in joy with your Son,

and ascend with him up into heaven,

and there at your hands receive

Dekker’s little book is a powerful reminder of the beauty of prayer for our everyday lives, and the accessibility of Christ — our friend — if we just open our hearts to Him.

Prayers for Leaders to be read at Leadership Meetings.
These are good, appropriate, and needed. Even though it might be
Centuries old, it is still appropriate for 21st Century.
HOWEVER, Leaders HAVE to turn their EGO’s over to God and the Holy Spirit.
The Kings of Judah, the Kings of Israel – only a very few were willing to do
this, and not always consistently. With tragic results.
The Church Leaders of Jesus and the Apostles times were NOT willing to
do this.
When EGO’s get in the way of the Holy Spirit tragic things have happened
to God’s Church through the Millennias.
The Leadership EGOs getting in the way during the past 5 decades have also
been a disaster for the SDA church at times. And the Leadership EGOs at this
present time are also creating problems for the SDA Denomination.

Unless used as the proverbial “Genie in the bottle”, prayers like these echo back to us as the voice of God. You can’t pray “(God’s) Counsel to a kingdom is like compass to a ship under sail…” and not hear God’s voice urging to take His council; OR, pray - “Am I not dust and ashes…” and not place ourselves into a correct relationship to our Maker.