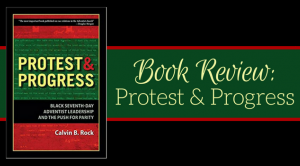 It was prolific scholar W.E.B. DuBois who penned in 1903 of the “double consciousness” or “twoness” of the African American people.

"One ever feels his twoness—an American, a Negro; two souls, two thoughts, two unreconciled strivings; two working ideals in one dark body, whose dogged strength alone keeps it from being torn asunder. The history of the American Negro is the history of this strife—this longing to attain self-conscious manhood, to merge his double self into a better and truer self. In this merging he wishes neither of the older selves to be lost. He would not Africanize America, for America has too much to teach the world and Africa. He would not bleach his Negro soul in a flood of White Americanism, for he knows that Negro blood has a message for the world. He simply wishes to make it possible for a man to be both a Negro and an American without being cursed and spit upon by his fellows, without having the doors of opportunity closed roughly in his face.”1

The book is divided into two sections. A significant portion of the text is dedicated to Part I entitled “The Protest Movements.” This section details the history of four significant protest movements engaged by Black leadership: 1) the push for integration within the existing church structure from 1899-1928, 2) the push for Colored conferences from 1929-1944, 3) the hope of greater autonomy in the push for black unions from 1969-1980, and 4) the push for equitable retirement security from 1998-2000. In each “Protest” chapter, Rock discusses the cultural landscape, key leaders, and social dynamics (such as dissenting voices within the movements or the political landscape of the denomination) that influenced the outcome of each movement. Part II, “The Challenge Ahead,” contextualizes this history within more recent conversations regarding the purpose and presence of Regional conferences. Rock uses this significantly shorter section to articulate his support of regional conferences and directly address both the theoretical and practical concerns that have been raised by those who have expressed opposition to the continuation of Regional conferences.

A significant strength of this book is Rock’s ability to paint a clear picture of this lesser known portion of Seventh-day Adventist history. Rock does not merely present facts, but tells the story of the struggle of Black Adventists who loved the Seventh-day Adventist Church while they winced in pain as the same church inflicted wounds. This historical retelling effectively brings history to life.

Another strength that I attribute to Rock’s ability as a historian is his recording of not just the successes but also the losses of these movements, such as those leaders who grew tired of the struggle and left the denomination during the protest for Colored conferences like J.K. Humphrey, Lewis C. Sheafe, and Arna Bontemps. Black Adventists who read this book will be invigorated by the history of “black pioneers” within the denomination. Other Adventists would also be fascinated by this skilled retelling and amazed at how Black Seventh-day Adventism developed in spite of significant challenges.

While the historical portions of this book were excellent, I felt that Part II was lacking. Rock attempts in just over sixty pages to focus in on “progress” and where Black Adventism is set to go next, especially with regard to the continuation of Regional conferences. This section is split into three chapters. The first chapter, “The Question,” articulates the question on the mind of many people, both black and white, within our denomination: “Why do we need Regional conferences?”

The second chapter, “Theoretical Replies,” give sociological and theological reasonings for why there is still a need for Regional conferences. This chapter is too brief for some of the concepts that Rock begins to engage. For example, one of the first sociological responses he gives redefines integration and desegregation. While these are both fairly common terms, they are quickly defined and then applied to answer the question without proper restructuring for readers. Another example is the portion on theological reasoning where Rock points out how our highly conservative Adventist theology is not favorable towards issues of social justice. He points out several belief patterns that contribute to our aversion to social application: radical determinism, extensive free will, the miracle motif, socially lacking eschatology, extreme ecclesiology, and the righteousness of God. Next, Rock briefly looks at historical perspectives and then discusses several other theological factors—like the lack of Black Adventist theologians. Finally, Rock ends this chapter by talking about how Ellen White’s statements on race, social engagement, and the church have been misinterpreted and should be looked at with more care.

In the third chapter, Rock looks at some practical questions that have been raised about Regional conferences. Five questions in particular are addressed: 1) What about preparing for heaven where there is no racial divide?, 2) With the biblical principle of unity in view, is it biblical to be separated this way?, 3) What would the onlooking public say?, 4) How can we get to know each other better if there are Regional conferences?, and 5) What about reconciliation? After this chapter and addressing some of these questions, Rock concludes the book and expresses his belief that, “Far from being divisive, or an embarrassment or duplication of effort, [Regional conferences] will remain an arresting display of the “unity in diversity” modeled in Scripture, and manifest through God’s wondrous creation.”2

While there are a lot of ideas presented in Part II, I believe that Rock could have spent more time explaining and engaging his sociological, theological, and practical lens in a way that would lead readers to further discussion. Because this second portion seemed rushed, I completed this book with the desire to engage more with some of the concepts he presented—especially in the sections regarding sociological and theological responses. In addition, I believe that the conclusion should have included expanded application not just to the current discussion around Regional conferences, but also to the possible future of more protest movements within Black Seventh-day Adventism. As a leader who has engaged in protest, what is next for protest and progress within Black Adventism? Has the time of protest ended? Have Black Seventh-day Adventists resolved their “double consciousness”? Are they finally free to be both Black and Adventist? Is there a need to continue to address the systemic racism embedded in our denominational system? There are so many questions left unanswered. But, maybe that is the point. Maybe Rock determined to leave the question of progress and the nature of what the next steps look like up to his readers.

Even with my critique of the second portion, I believe that this book is a necessary read for all Seventh-day Adventists. The shortcomings challenge us as readers to continue to engage with one another as we determine the nature of “protest” and “progress” within our church in the 21st century.

Danielle M. Barnard is currently enrolled in the dual MDiv/MS Community and International Development programs on the campus of Andrews University.

I knew Dr. Rock from my days on the Board at LLU. He was a giant among us. Logic and studied reasoning were his tools. Never the less his book seems to dwell on one side of the story. There is pride in black ownership. The first Elder in the Augusta (White) SDA Church is Black. A retired Faculty member of The Medical College of Georgia that I helped recruite.

If you carefully follow what has happened in good old USA you will note that the racial divide had become much more narrow before the Obama Administration. Then came Obama and Eric Holder with inappropriate racist remarks. They restarted the racial conflict and it has burgeoned ever since. Too bad SDAS have to get into this divisive rhetoric.

How do you see the SDA’s getting into “divisive rhetoric”?

It’s probably Obama’s and Holder’s fault as well. There is no other possibility…

It probably started with the color of their skin…wild guess, I know.

From where I sit black sda’s have more privilege and say in what happens than white sda’s. They have whole conferences, churches and institutions dedicated to their race…things are said from our pulpits by blacks that whites would never get away with.

How do you see the SDA’s getting into “divisive rhetoric”?

Danny, I see that you are most likely not from this country and aren’t as familiar with the whole issue with racism here. I would not say that Black SDAs have “more privilege and say in what happens than whites sdas”…this is fairly ludicrous and cannot be backed up with just stating that “they have their own conferences, churches and institutions dedicated to their race.”

You do have a point with things being said by blacks that whites would be more condemned for but given the history of racism and slavery in this country it isn’t surprising.

Just for the record…I am for abolishing these race-based conferences because I don’t feel that they are necessary in a post modern world. However, having heard all the arguments pro and con on the topic I have come to the conclusion that I doubt that anyone wants to give up “power” which is the real issue in my opinion.

There are different “black theology” variations out there…the speaker is a believer in one of them. I don’t see how it impacts much of Adventism but I can see how it could be defined as “divisive”.

I am very familiar with the Adventist scene in the US as I have been a researcher of it and written articles about it. I dont have to live there to know what the data and my eyes are telling me.

I am still waiting for anyone to produce hard evidence for current racism in our institutions?

I don’t see how it impacts much of Adventism

My concern wasnt so much what the black adventists believe or teach but how there were white sda’s present who were cheering him on? If a white non-sda came into a church from the surrounding community and heard that, I imagine they would walk straight back out again…imagine if a white sda pastor said that about black leadership… the left would rise up in one mighty chorus…

Danny…being a “researcher” doesn’t give you the background or familiarity that having experienced the culture for all of one’s life does. My family has been in the US since the 1700’s. I would never make the claim that I truly understand the Aussie culture even if I researched it since it isn’t my background.

You simply don’t have the knowledge base needed to know that there ISN’T racism. You have already made up your mind…your prerogative.

As I already stated…there are different “Black/Liberation Theology” adherents which also includes some whites…do some research on this topic if it is confusing to you. I don’t disagree that there is a different reaction based on race…but it is understandable even if one does not like it.

if it is confusing to you

And if you search for “data” (or biblical “evidence”, for that matter) long enough to confirm “bias”…you will surely find it. Carry on.

Good luck in your bubble Kim…

Thank-you, Danny…we all have our “bubbles”. Some are just more honest about having them.