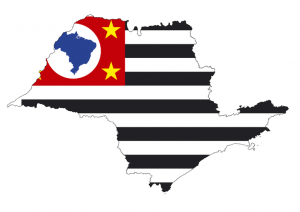 On October 16, Geraldo Alckmin, governor of the Brazilian State of Sao Paulo, signed a bill passed by the state legislative body which officially declares October 22 of each year “Adventist Day.” The State’s new law is a recognition of the ongoing work of the denomination across the territory, which has made significant contributions to society in the areas of education, health, religious liberty, and social development.

The chosen date is significant for Seventh-day Adventists, since October 22, 1844, marked the day of what is known in Adventist history as “The Great Disappointment.”

Seventh-day Adventists in Sao Paulo are known as active Christians who do not hesitate to go beyond their church walls to meet people where they are, providing humanitarian assistance, health and educational support, and words of encouragement and hope.

Several Adventist-driven projects, including a partnership between the Church and the City of Sao Paulo’s government on the Winter Emergency Program, have gained media attention in recent years. The program provides winter clothes to people living on the streets of the City of Sao Paulo which has a population of 12 million. According to official estimations, there are around 25,000 homeless people in Sao Paulo, but local shelters have room for only 11,000. During the 40 days of the program, the Seventh-day Adventist Church provided basic healthcare to the homeless stopping by the official winter clothes distribution center.

Additionally, ADRA Brazil is currently involved in 24 projects, just in the State of Sao Paulo. ADRA is also prepared to provide emergency services when natural disasters affect the territory, as was the case when torrential rains flooded several Paulist towns in early 2016.

Religious liberty is another area where Seventh-day Adventists have contributed to Brazilian society. A Seventh-day Adventist coordinates the Religious Liberty Committee of the influential Sao Paulo Lawyers Association. A few weeks ago, Adventist members erected a support center to assist pilgrims walking dozens of miles along a major road as part of a religious festivity.

Though the “Adventist Day” bill was signed into law on October 16, 2017, it had been on the agenda of the Sao Paulo State Legislative Assembly since February 2016. The signed version was published in the October 17 Official Bulletin of the State government. The new law making October 22 “Adventist Day” has now been added to the official events calendar for the Brazilian State of Sao Paulo.

This article was written by Lucas Rocha and originally appeared on the EUD News website.

For anyone with a warped sense of humour, October 22 this year is a Sunday. I thought Saturday was Adventist day. Is this a sign that the Beast is succeeding.

Or could this be a reminder by the Sao Paulo state to the Adventist members that their denomination is built on a huge disappointment.

But then, the history of Protestantism in general is about disappointment with something. Always finding something to be against.

Well done to the church in Sao Paulo. Doing something that the population at large recognises and appreciates.

I’m not sure why Adventist media, where this story comes from was not able to spell São Paulo correctly. The accent is important, without it is is misspelled.

The chosen date is significant for Seventh-day Adventists, since October 22, 1844, marked the day of what is known in Adventist history as “The Great Disappointment.”

actually, adventism only started in 1863, almost 20 yrs later, so “The Great Disappointment” isn’t really our disappointment…although of course we identify with this date because it’s when the investigative judgement in the heavenly sanctuary started…

but whatever…sometimes facts can be boring…i think adventist day is a great idea…probably at least some people will look into our history and read egw’s captivating descriptions of that time…who knows, they may even join us…

Most probably much of this is due to the life-long work of Henry Feyerabend who spent much of his life working for the church in Sao Paulo, making Seventh-day Adventist church a well recognized name. In an article like this, there needs to be at least an acknowledgment of the dedication of this man and his dedication to the people of Brazil, and particularly, the people of Sao Paulo

actually, adventism only started in 1863, almost 20 yrs later, so “The Great Disappointment” isn’t really our disappointment

Oh come Jeremy, this argument is so week and silly. Were you born only on the day your parents filled proper papers to register your name???

Most probably much of this is due to the life-long work of Henry Feyerabend who spent much of his life working for the church in Sao Paulo, making Seventh-day Adventist church a well recognized name.

Although Feyerabend was a very active evangelist in Brazil, he was known better for singing with the first “Arautos do Rei” quartet (the Brazilian version of the King’s Heralds) in the 1960s. I knew him then.

With all due respect though, he didn’t have much of a role, if any, in “making Seventh-day Adventist church a well recognized name.” This was most probably the result of the Educational system throughout the years - especially the former Brazilian College in São Paulo - and the food factory Produtos Superbom. The two institutions share a common property in a big piece of land. I lived right there for about 25 years of my youth and studied in that School from 1st grade until finishing college. 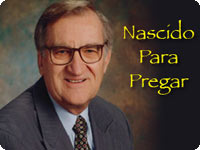 For more on him, go to https://setimodia.wordpress.com/2009/05/04/documentario-vidas-em-missao-henry-feyerabend/

Now, back to São Paulo :

It’s been told that George W. Bush was once briefed that a Brazilians was killed in an explosion in Iraq; to which he asked, “How many is a Brazilian???”…

Yes, the São Paulo State in Brazil (actually correct spelling is Brasil) is the equivalent to California in the US. It’s the main locomotive of a big train. I lived there for forty years, in São Paulo City, the State’s capital. The great São Paulo City must now have a population of more than 25 million - just that one city.

“The legally defined Região Metropolitana de São Paulo consists of 39 municipalities in total and a population of 21.1 million inhabitants (as of the 2014 National Census). The Metropolitan Region of São Paulo is known as the financial, economic and cultural center of Brazil.” Wikipedia

For more info and pictures of São Paulo, go to https://en.wikipedia.org/wiki/São_Paulo

The SDA Educational structure in São Paulo (and Brasil in general) is impressive. I just checked, there are 17K (yes, 17 thousand) students enrolled in the 4 centers in São Paulo, including courses from pre-school to graduate school. It is the biggest SDA educational system in the world. We, the Brazilians, are proud of it!!!..

The famous entrance arch of the UNASP in São Paulo, 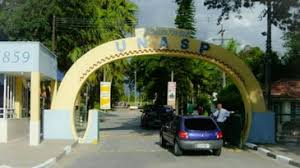 And the majestic church on campus, 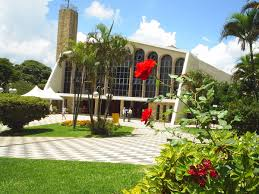 And one more, the two buildings of the SDA Hospital in São Paulo,

(Sorry for the duplicate photos, but it must be “too much technology”…

Henry taught school in Rhode Island in his early years. My husband was one of his students there and sang in a quartet with him. When he was first married and attending AUC he and his new wife rented a room in my in-law’s home which bordered the campus.

We used to run into him at various camp meetings over the years. He told us that he had been hit by a bus in Sao Paulo and that the cancer that he succumbed to started at the site of impact on his leg.

It seemed that he was very dedicated to his work in Sao Paulo, and seemed to know quite a few influential people there. He would always speak about his work in Brazil. We miss hearing from him.

Sirje,
He was a very powerful evangelist, I liked him a lot. I remember one week of prayer he did when I was still college in that Seminary in SP, taking theology classes.That WOP was titled “Ao Pe da Cruz” (At the foot of the Cross). We students always remembered his stories starting, "Lá no Canadá… (There, in Canada…). One of my classmates could (and still can!) imitate him perfectly, with his characteristic accent.
He brought lots of people to Christ.