Charles D. Brooks, the Seventh-day Adventist pastor and evangelist and speaker/director emeritus of Breath of Life television ministry, has been diagnosed with pancreatic cancer. Better known as C. D. Brooks, the popular preacher has served the Adventist Church for over sixty years in public ministry.

Brooks was Breath of Life’s featured speaker for 23 years from the ministry’s start in 1974. Pastor and recording artist Walter Arties conceived of the ministry as a way to provide guidance and hope to African-American audiences through television programming.

Brooks held numerous public evangelistic meetings throughout the United States and on six continents, all told. During his time with Breath of Life, he conducted four evangelistic campaigns a year, raising up thirteen Breath of Life churches in the process.

Brooks retired from public ministry in 1996 citing health problems. He continued accepting speaking engagements that did not require air travel.

In the face of those hard realities, Breath of Life is rallying the community in support of C. D. Brooks and praying for a miracle.

I’m sorry to hear this. He’s a real man of God. His sermon “I Want My Church Back” is still relevant today, and is one of my favorites.

Why, one prays that if it is God’s will, and will result in glory to Him, that He heal him, all the while praying that God will overrule everything for good, as promised in Rom. 8:28. God sees the big picture; we do not.

There is no doubt Brooks was a godly man and had enormous influence.

Truly the Lord can heal his children however this may not be in His Divine plan for reasons of which we do not know. Pray that Pastor Brooks doesn’t loose site of His Father through it all. Pray that he can endure this journey in peace. Pray that God will dull the pain. Pray that God holds back the darts of Satan. Pray that many will see Jesus through Pastor Brooks’ experience. We can pray that God’s will be done what ever that may be! I pray that we can all leave such a legacy as Pastor Brooks when our last days approach.

Prayer is a means, not an end in itself. If it were a prayer intended to solve all human, political, economic and social issues, including health, we’d be in paradise. Prayer can serve to comfort, to soothe, and to alleviate our pain and anguish to illness and global catastrophes. But are the doctors, the Adventist Church knows a lot, fortunately this by having many hospitals scattered around the world, who healed, who help us no pain. It is governments and their leaders who seek to prevent wars, conflicts and bring us closer to peace, coexistence and harmony among all. It is said that God works miracles. Not exactly. God made the earth, the sea, the sky and everything around us, but not miracles. We are responsible for our lives and everything else. God created us free and with sufficient knowledge to understand and comprehend everything that happens, it happens and will happen to us. Each individually and collectively, bear one of us depends how life, death, health and disease. Many blessings to all from Barcelona, ​​Spain. Christ is coming soon!!!..

if there was a cure, why would anyone pray…

It is said that God works miracles. Not exactly. God made the earth, the sea, the sky and everything around us, but not miracles. We are responsible for our lives and everything else. God created us free and with sufficient knowledge to understand and comprehend everything that happens, it happens and will happen to us. Each individually and collectively, bear one of us depends how life, death, health and disease.

it is certainly true that god helps those who help themselves, but never discount miracles…they do happen, from time to time…

blessings to all in spain from n. america…yes, christ is scheduled to return…let’s do what we can to hasten his schedule…

Many people believe in miracles. But “miracles” happen daily using knowledge that has been gained that was unknown in earlier times. There are many claims for miracles, but how do you define a “miraculous cure”? And have you ever seen one that can be verified?

Elaine raises an interesting question, and one to which I had a slightly different experience with some years back. An elderly frail man was admitted to hospital. His life was such that if he recovered, he really had little to anticipate other than lying in a bed. He did recover sufficiently so that his imminent death was postponed, and one Godly brother praised God in the Sabbath School class for the miracle. The question I had was what was the miracle. That God had allowed the elderly man to live a life of misery and uncertainty for another few months did not seem to be a reason to rejoice. His salvation was no more nor no less assured as a result.

We need to live well, love God, recognise that our lives are limited, and be grateful for what we have. When the proverbial bus hits us, it is justified to try to survive, but we must also accept our eventual fate with grace and peace.

what does one pray for, realizing there is no cure? 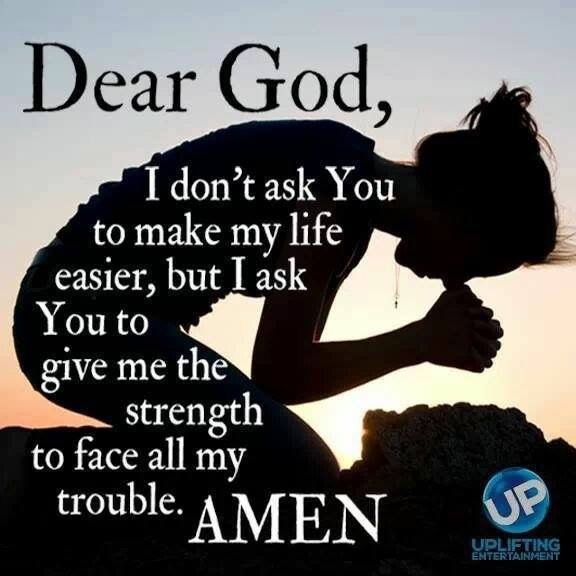 Dag man I love C D Brooks. He helped me with a musician question back in 1992. Truly praying for what God will do for him. His will…

My Prayer for You Pastor.
May the almighty God Heal you.

I remember that sermon so vividly. God is always faithful and will heal you.

Inspite of what CD Brooks is going through, I can hear him saying, “It is well with my soul”.

Kind Father, let Your will be done on earth as it is in Heaven for Your servant Charles Brooks. In Jesus name I pray. Amen.

Years ago, one of my favorite poems was “Invictus” by William Ernest Henley. I especially liked the last two verses:

"I am the captain of my soul. I am the master of my fate.

However, as I grew in God’s grace, I came to realize that unless we can control “Time”, non of us are masters of our fate. I can leave home with a particular destination in mind but never get there due to various reasons. I can’t even control if I’ll be alive tomorrow.

What I can control and what all of us can control is our faith in God. And belief that He can, and still does, work miracles. Each day that we have life is a miracle. Each day we have health is a miracle. And miracle of miracles, we are loved with an agape love that is ceaseless. Also, as strange as this might seem to us, even death is a miracle. Without it imagine the horrors of being in pain year after year.

My prayers go out to Pastor Brooks. I’ll pray that the Lord will work the kind of miracle Pastor Brooks need and according to the Lord’s will, not my own. And I will remember that Dr. Brooks has a place in our heavenly home, where death or the threat of death will be forever eliminated.

Thank you Dr. Brooks for your dedication and service to our Lord and for helping to bring many, many souls to Christ.

Who says that there is no cure? God has placed the cure for every ailment on the earth. It is for us to find and utilize them.A statement as this shows that one does not trust God enough. There are known cases of complete turn around for cancer patients. Do not underestimate God. He created everything from nothing.

Regardless of the years of effective selfless ministry CD has provided and the poor health he is now in, who are we to assume that God has finished with his usefulness. God has thousands of ways in which to provide for us of which we know nothing!

Why should a saintly person be expected to experience something that so very few have ever been cured of? Having worked with cancer statistics for many years, this one has the very poorest prognosis; survival rate, depending on the disease’s extent, is closer to zero. God did not grant eternal life here.

I indeed sad to read about this development. Elder Brooks is one of my spiritual fathers. My younger sister and I were baptized after his crusade in Lagos, Nigeria in 1974. We are praying for God’s healing grace on him.

oh, wow! i have been encouraged by this pastors preaching on you tube so much. i have no idea how to find out the current situation, but there is a medical practice in US that succesfully deals with pancreatic cancer. that info is very dificult to come by as most official sites promote current money making practises…
dr burt berkson
integrative medical centre
1155 comerce dr
las cruses, NM 88011
505-524-3720
just to get an idea of what its all about have a look at dr burt berkson on internet you can find written material and you tube material of him speaking at conferences and so on.
www.anticancer.org.uk Q&A with dr burt berkson
might be useful to watch on you tube interview with dr. bihari, he is the one that developed the method, but he is no longer available.
i pray that i am not too late. may the Lord bless pastor brooks and family.

There was no intention to imply he should be healed, only that God can use any circumstance for his will to be done. May God’s will be done.

I am claiming Psalms 91 and praying that prayer on behalf of Elder C.D. Brooks. Verse 3 says “SURELY He shall deliver thee from the snare of the Fowler and from the noisome pestilence.” GOD WILL DO IT!! SURELY! Verse 15 says He shall call upon me and I will answer him and be with him in trouble; I WILL deliver him, and honour him." Verse 16 “WI think LONG LIFE will I satisfy him, and shew him my salvation.” This is God’s Word! Even though many says there is NO CURE, JESUS IS THE GREATEST PHYSICIAN THAT EVER LIVED AND HE IS STILL IN THE MIRACLE WORKING BUSINESS! ALL THE PEOPLE SAID “AMEN”!!!