If I can target the problem, I can turn chaos into order. If I can find the contaminating element, I can get rid of it. If I can discover who is to blame, I can eliminate her, sacrifice him, or torture them.

Adam blamed Eve. Cain disparaged Abel. Humanity seems to be hardwired to direct the problem to another, or the other. We like to claim the title victim. But, I find that when I am caught in this feedback loop, I do not live a peaceful life of abundance, but a fearful life of anxiety. A tendency to fear and blame puts me on a path of discord with little appreciation of actual truth.

But beyond the personal unrest caused by fear, it leads to worse things when scared people think of themselves as victims and coalesce into groups with the goal of setting things right. A lynch mob never thinks of itself as lynch mob; the members join the mass with the belief that they are acting as worthy agents of truth and justice. People who focus on being wronged will search for a path of resolution. Thus unconsciously, scapegoating happens. This is the group equivalent to casting out the evil spirits. Someone else must be blamed and made to suffer.

From time immortal society has sacrificed a victim in an unconscious quest to maintain stability and quell fear; ironically this victimization starts when a person feels herself to have been victimized. Wearing the victim label allows one to delude oneself so that the quest for justice is justified – even if it includes violence. “My violence is different than your violence; mine is justified. Mine is for a sacred cause.”

Earlier this year, the band Radiohead released a song with a forbidding plotline. The four minute stop-motion music video, “Burn the Witch,” depicts a group calmly making plans to destroy someone. In a nod to the verbal demonization that happens on Twitter, the clip begins and ends with a bird on a branch. Community is busy doing what they think is good and right – normal things. The reality is that an evil is occurring and they are unknowingly participating.

From the beginning, God instructed humanity not to take vengeance even upon those guilty of bloodshed. God marked Cain’s life for divine protection. God prohibited human-executed vengeance.

In the gospel of Luke we find an example of the cohesiveness that comes from the collaborative violence of Pilate and Herod who worked together to ensure Christ’s death. Previously, they had been enemies, but after their scapegoating alliance, they became friends (Luke 23:12). The enemy of my enemy becomes my friend. This is how the cycle works. Jesus pulled plug on this enemy/vengeance/scapegoat maneuver. He submitted to death and was resurrected. When one remembers the amalgamated mob of religious and political powerbrokers that demanded His death, how can one trust crowd groupthink? How can one avoid being part of such groupthink?

The mechanism of the crowd’s sacralized violence did not entrap Jesus; Jesus chose to absorb the community malice toward Him and to forgive the perpetrators. He even chose to keep an enemy close as He dined and taught with Judas nearby. Maybe the first step is to refuse to have an enemy.

Amongst the many powerful truths about how Jesus’ death puts humanity right with God, Peter takes opportunities to state this particular one repeatedly: “YOU killed. God raised.” Over and again he says that God’s agency and purpose of raising Jesus from death and exalting him to glory occurred because humanity killed, but God rose (Acts 2:36, 3:13-15, 4:10, 5:30-31, 10:39-40).

According to the way the Apostles and Evangelists actually tell the story, Jesus’ death was planned by human agents to punish a putative evildoer and was intended precisely for him, not as a divine punishment in place of others. Jesus was crucified according to the worldly wisdom and plan of "the rulers of this age,” not God’s wisdom and plan; and his death was intended to appease “the crowd,” not God. The consistent pattern of the apostolic message – “you crucified and killed him, but God raised him up” – is clear: neither God’s purpose nor action put Jesus to death; while human purpose and action worked death by crucifixion, God nonetheless fulfills his covenant promise and eternal plan through resurrection.”1

Belousek continues, describing how Christ’s death puts us in right alignment with one another in community. Therefore, the crucifixion did more than just put us right with God:

The cross thus addresses, not the problem of divine wrath, but the situation of human hostility, which is put to death in Jesus’ body through the cross. It is not God who extinguishes his own enmity toward humanity upon Jesus’ body at the cross, but instead Jesus who in his flesh, in himself, extinguishes human hostility, hostility toward one another and toward God. Rather than Jesus’ death extinguishing divine enmity against human beings and reconciling God to humanity, Paul’s story is that Jesus "puts to death" human hostility in himself through the cross because of God’s desire to reconcile humanity, both within itself and to God. There is nothing in this story, as Paul tells it, of God being at enmity with and needing to be reconciled to humanity.”2

We are to be imitators, not just folks who claim a transaction with a ticket to the afterlife. One could say the Pauline vision of salvation in Ephesians consists of cross as a transformation initiative to break humanity’s bondage to hostility and thereby reconcile human beings to one another and to God. In Jesus, our story is God’s story. We live. We love. We are persecuted and misunderstand. We forgive. We are resurrected in the sense of living a new Spirit-filled life on earth, in addition to the promise of a new life in the hereafter.

But most importantly as part of Jesus’ little flock we are not to fear. (Luke 12:32). If we fear not, we will avoid the greased slide that leads one to be part of an angry mob. Fear skews perception. Fear drives scapegoaters. Fear is how Satan disguises himself as an angel of light. In fact, fearful scapegoating might be Satan’s best disguise. If Jesus’ little flock becomes fearful, it takes the first steps to a transformation from a flock to an outraged crowd.

Cruciform peacemaking requires releasing control in face of tragedy or pain. Like Jesus, we can say, “not my will, but yours.” Your kingdom come, your will be done is no slogan of idealism but a platform for action. Refusing to name enemies and choosing to forgive will halt the enemy/vengeance/scapegoat maneuver. A refusal to name an enemy clarifies a person’s perspective of the entire situation, leaving one free to analyze causes and solutions.A commitment to let go and let God will lead one away from a pain transmission feedback loop toward abundant life and transformation.

Carmen Lau is a board member of Adventist Forum, the organization that publishes Spectrum. She lives and writes in Birmingham, Alabama.

Photo Credit: Screen capture from “Burn the Witch” by Radiohead.

The cross has many layers. The most important are the ones that apply to me. 1. Christ died in my place. 2. Christ lived as He would have me live. 3. The resurrection gave me the assurance of both. TZ

This may be an editing error, but if the author doesn’t know this idiomatic phrase, now is a good time for her to learn in.

You mean “learn it”?

And there’s nothing particularly sacred about idioms. Time immortal works, even if it’s less elegant.

“There is nothing in this story, as Paul tells it, of God being at enmity with and needing to be reconciled to humanity”

This statement is not right. According to the Spirit of Prophecy: It is the work of conversion and sanctification to reconcile men to God, by bringing them into accord with the principles of his law. In the beginning, man was created in the image of God. He was in perfect harmony with the nature and the law of God; the principles of righteousness were written upon his heart. But sin alienated him from his Maker. He no longer reflected the divine image. His heart was at war with the principles of God’s law. “The carnal mind is enmity against God; for it is not subject to the law of God, neither indeed can be.” [Romans 8:7.]~~{GC88 467.1} 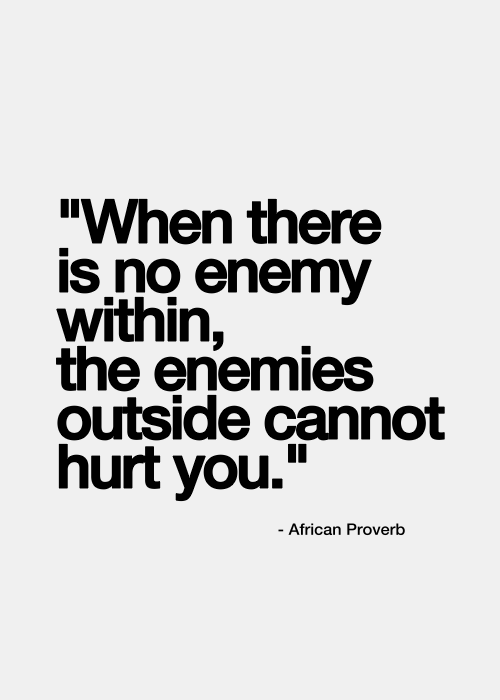 Jesus: The prince of this world cometh and hath nothing in me.