Can we also define “false teaching”?

To be certain that any claim is absolutely true requires omniscience, which is something every human will readily admit he does not possess.

In any case, for any human to claim absolute certainty on any issue, or to insist that he has access to infinite intellect (which only an omniscient intellect could verify) is inherently false and beneath discussion or consideration.

“False teaching”…obviously it is something different than what I believe

We always have to be willing to deal with probabilities rather than certainties.

I always liked the idea that I was born and raised an SDA ‘cause it meant that I had been lucky enough, not only to be a natural born citizen of the greatest country on earth, but also to have “first dibs” on membership in god’s one and only remnant church!

Maybe not as “lucky” as an Moses or EGW, perhaps, but pretty darn lucky.

That’s sort of like the Rabbinical prayer, “I thank you oh g-d, that you did not create me a woman or a gentile dog.”

I think I’m just like that rabbi, only the opposite, ‘cause another of my life’s happy coincidences is that I wasn’t “lucky” enough to have been born one of god’s “chosen people”.

Sure, I hear there are supposedly some perks, but history shows there’s a pretty substantial downside, as well!

“True Faith” and “Delusion” are the same stick held on different ends.

sadly for unbelievers, they cannot believe at the last moment and reap the rewards of belief, because their probations expire before the point of believing becomes evident

Theologically unsound. This would imply that salvation is works based.

“Jehovah”/Yahweh answers nothing, says nothing. It is left to unknown authors to claim that they know what he says and thinks. Your references do accurately reference a time when Jews were polytheistic and were being prodded to consider Yahweh to be above the other gods.

There is either one god or a cosmos full of them.

But what are we, of finite intellect, to make of any god’s claim of omniscience?

Surely he, she, it or they cannot prove it by, or to, any and/or all of us.

So how can this be considered anything other than an idle, even egotistical boast?

(That is, if the words of any self-anointed middle man are to be considered factual and god really was so insecure as to make such an humanly unfalsifiable claim, in the first place?!?!)

Finally, William Miller preached gross error. If anyone else did so, you would call it out.

This is frankly true, and if not for EGW’s endorsement of Miller’s method and conclusions Miller would have been a footnote in history as a well-intentioned fanatic whose enthusiasm got the best of him leading to a colossal theological blunder. What to do with this history, with EGW’s affirmation of Miller’s correctness (when he wasn’t), and how to relate to us as a denomination today. Unfortunately, the church has failed to address Miller’s crazy interpretive approach that led him to fasten upon 1843 as the year of the Lord’s return, and then subsequent recasting and readjusting after the failed manifestation of Christ’s return. We singled out the position of Daniel 8:14 as if that was the only thing Miller addressed (it was far from it). We need to come clean with this history and address opening its impact on the view of ourselves.

EGW’s endorsement of Miller’s method and conclusions Miller would have been a footnote in history as a well-intentioned fanatic whose enthusiasm got the best of him leading to a colossal theological blunder.

I suspect EGW would likely have suffered a similar fate long ago were it not for the persistence of human credulity and idolization of celebrities, combined with a preference for miraculous explanations over simpler and more natural ones.

The gospel has to become a way of being in this world, not crazy apocalyptic expectations and calculations about making it to the next. Leave the eschatological future to God. It’s called faith.

The gospel has to become a way of being in this world, not crazy apocalyptic expectations and calculations about making it to the next.

Agreed. What I will say about Miller in spite of the convoluted and very subjective approach to “time prophecies” is there was a gospel message included in the form of repent and believe the gospel. Too, Miller seemed to have been clear of any scandal in his ministry. Again, well intentioned, a man for all accounts loved Jesus, wanted to see Him, but became embroiled in a whacky eschatological process of interpretation. I haven’t had any reason to question his Christianity. But, I agree, our way in the world as we live the gospel’s power upon a renewed heart is primal to our being ambassadors for the kingdom, whether it comes tomorrow or many years in the future.

I get your point. We embrace Miller on Daniel 8:14 very much through the approbation EGW gave him and his ministry. She being held as a messenger of God her word held sway with the saints. It does behoove the church to address as to what basis does she hold to EGW having a special gift for which is used to confirm Miller as God’s instrument.

EGW having a special gift for which is used to confirm Miller as God’s instrument.

As an ex-Adventist I do believe EGW had “special” gifts but only in the way that Dana Garvey’s Church Lady Character on Saturday Night Live categorized unchristian behavior as “special”.

As to William Miller, I can only say that trying to follow his train of memory verses during all of those Daniel and The Revelations Seminars I attended when enrolled in SDA schools, left me as bewildered as following Alice’s trip down the Wonderland Rabbit Hole.

Regarding his “Christianity”, I tend to have my doubts as I don’t think god would want anyone to be in heaven simply because they had been scared there by Mr. Miller’s doomsday conspiracy theory.

But then again, just as I’m no longer an Adventist but would very much like to see something as spectacular as Miller and EGW’s nightmares come true, I am only a Christian in an Occam’s Razor/Jefferson-esque sense of the word-that is, I always look for simpler explanations for all Jesus purported miracles and so many of his confusing quotes-so I’m more than happy to let Jesus say who is and isn’t on his side, if and when he finally makes good on his 2,000 year old promise to return.

I always look for simpler explanations for all Jesus purported miracles and so many of his confusing quotes-so I’m more than happy to let Jesus say who is and isn’t on his side, if and when he finally makes good on his 2,000 year old promise to return.

If there was an actual, historical Galilean rabble rouser behind the fantastical gospel tales, he is long since dead. He didn’t fly up into outer space to some “place” envisioned by ancient cosmology, and he isn’t going to to reenter our atmosphere at some point in the future. In the spirit of Occam, the simplest explanations for Jesus are:

A. Jesus never existed as an historical man, but was instead envisioned as a cosmic being (e.g. The Epistle to the Hebrews, The Ascension of Isaiah, and Paul’s letters), only later to be given a “biography” as an earthly god-man on a short term visit (Gospel of Mark). But even that “apparent biography” is easily seen as an allegory which was later misunderstood and embraced as an actual historical narrative.

B. Jesus was a failed apocalyptic preacher (the William Miller of his time) about whom legendary tales accrued as time went on after his ignominious death, embellished each time the stories were retold. (“Matthew” and “Luke” both added to “Mark” contradictory miraculous birth stories, contradictory genealogies, contradictory sayings, and contradictory reanimated corpse stories, none of which were contained in “Mark’s” original version).

Those are the simplest and most probable explanations for this character. He either never existed, or he lived, but little to nothing factual about his life is actually known. When the construction of the Gospel stories is analyzed, their sources and methodologies examined, they completely fail as history.

As an ex-Adventist I do believe EGW had “special” gifts but only in the way that Dana Garvey’s Church Lady Character on Saturday Night Live categorized unchristian behavior as “special”. 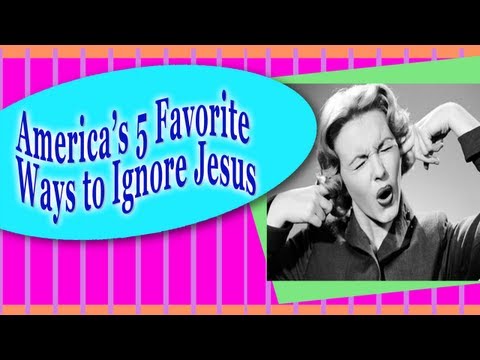 I like Christopher Hitchens description of a third scenario.

For the sake of argument, allow that Jesus really existed and that all of the miracles attributed to him were absolutely factual; an immaculate conception, a life full of miracles, the resurrection and an ascension into heaven to round out the grand slam.

Despite all these, Christians still have “all of their work ahead of themselves” as these supposedly supernatural occurrences do nothing to prove that Jesus was god’s only begotten son or that there was anything he did, or could do, to guarantee anyone eternal life.

I hadn’t heard of her previously but I now consider “Bible Betty” a National Treasure.

If nothing else, she’s help explain my perfectly biblical attraction to salt shakers!!!

William Miller was a child of his times, but one who didn’t listen to the cautionary voices around him. EGW was also a child of her time whose family went all in on Miller and his message, and were actually asked to leave their fellowship because of their disruptive manner in promoting the Millerite message. She and they played the persecuted victims.

Most people didn’t buy it then and saw its clear violation of simple admonitions by Jesus in the NT about not knowing the day nor hour of the parousia. That tells us that excusing Miller or EGW because of the prevailing religious zeitgeist of the time is at best a partial explanation and at worst excuse making. Poor biblical interpretation leads to poor applications and causes grave damage to people’s lives…even if some do benefit…as EGW did. It also causes more cloudiness around the gospel itself with the resultant divisions that also occur. This is true at any time.

We have no problem calling out the likes of Harold Camping, the Watchtower, evangelical futurists, etc., for their prophetic and theological aberrations. But we come up with all kinds of explanations when it hits home and upsets our own flavor of choice.