Creating a Theology of Isolation 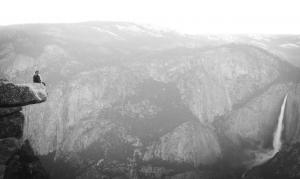 This was an isolation imposed on the Jewish people by a religion bathed in the language of grace and forgiveness. This isolation has caused untold misery that has reverberated around the world and has seeped into the cultures of peoples that have no history of Christian history. But it has been strongest in “Christian” lands.

The question, then, that has occurred to me is this: What would cause a people to create a self-imposed isolation; an isolation that sits alongside a biblical text that they love, believe, and obey? “Go therefore and make disciples of all nations, baptizing them in the name of the Father and the Son and of the Holy Spirit, teaching them to observe all things that I have commanded you; and lo, I am with you always, even to the end of the age.” (Mt 28.19-20).

I am suggesting that it is possible that we as Adventists are, by the actions of the leadership over the past two years, heading headlong into a deserted land – isolated if you will – from which it will become increasingly difficult to fulfill the Great Commission.

If the Christian faith is in fact principally about grace and forgiveness, how exactly is that being reflected in our treatment of those who are fighting for justice and grace?

Roger S. Evans, PhD, is Professor of Historical Theology and Chair of the Department of History at Payne Theological Seminary.

This is an interesting contextual lens for viewing the ongoing power struggle within Adventism between administrators and theologians. Thanks for sharing it.

The Adventist Paradigm: “Separate yet still a Part.” Where do you go with this message?

If the Christian faith is in fact principally about grace and forgiveness, how exactly is that being reflected in our treatment of those who are fighting for justice and grace?

In fact, the Christian faith is about love, law, judgment, grace and forgiveness. Without the law and without judgment (based on the law) there is no need for grace or forgiveness.

As a Christian can I say that I am fighting for justice and grace if I disregard the law and/or the Word of God (one way or another).

The Adventist Paradigm: “Separate yet still a Part.” Where do you go with this message?

Cincerity, you have a point. I think that it is a position that have haunted the Adventist church from the beginning and it has always made us feel inadequate somehow. We find this tension in the entire Bible. For example, Jesus said that we are in the world (“still a part”) but that we are not of the world (“separate”).

The temptation would be (in fact, has always been) to choose one part at the detriment of the other. We saw that with the Israelites in the Bible who at times became too entangled with the nations around them and at other times, retreated into their religious culture to the point to despise the “dogs” and the “uncircumsized”.

Jesus had no problem walking the fine line because he knew who he was and what his purpose was.

He was not a person you could stick a label on easily. This is why few understood him, either among the religious or political elites, the Romans or even his disciples.

The big mess we are in shows why the Bible is still relevant today as we are repeating the same mistakes as those of yesterday.

Eve had good intentions when she took the fruit but she ended up being deceived.

Moses had good intentions when he defended another Israelite in Egypt but he ended killing a man.

The Jewish leaders wanted to prevent the destruction of their nation by the Romans but they finally asked their Savior to be crucified.

Are we not repeating the same mistakes today thinking that we know what the problems and their solutions are?

We think that they are problems in the church? Let’s pray for the Holy Spirit to come and then we - whoever we are - will know how to handle the situation and walk the fine line.