I was curious, as often is the case, so I asked the five local pastors in my hometown how they knew someone was ready to be baptized. The answers varied widely from simple profession of faith in Jesus, to more pronounced statements of allegiance to the 28 Fundamental Beliefs, with one answer calling for an outright creed of believing in the true God and Ellen White as His prophet. Besides this attempted Adventist version of the Islamic Shahada, I left worried but established in what I have read and known before: we as Adventist have no real church wide, researched informed, approach to preparing someone for baptism, i.e., catechism. I’ve written on the human-relational involvement needed for helping people successfully see our church as home. Here, I want to bring out an idea for a better way of understanding baptismal preparation.

Yes, denominational indoctrination is simply there because Christianity in general has become denominationally divided over centuries…usually over non essentials and through idolizing points of doctrinal information and practices that matter little concerning faith in God through Christ and the Spirit, and belonging to his people. While denominational Christianity can be viewed as the idea that there is a comfortable fit for all different types out there, it also can be viewed as religious tribalism, with Adventism being a particularly virulent form of it.

In fact, the gospel calls people out of such tribalism based on race, gender, social, and even religious identities, into the diverse unity of the faith. It holds out the announcement that Jesus is the awaited messiah/king. It calls people to faith in/allegiance to him and joining up with him and his diverse body as a follower who will contribute to his restorative kingdom program on earth.

It’s more about who we know than what we know, and what practical ways we live this out in real time and real spirit led community to make a difference in the world…large or small. It is about bringing, not only individually but together as local bodies of believers, the gracious rule of God to bear in the here and now that points also to the future when God will consummate his gracious rule on earth as it is in heaven. It’s not primarily about having all the correct information…what denominationalism is unhealthily all about. It’s also not primarily about converting people so they can be assured of an escape to heaven after death…as if a personal relationship with Jesus that guarantees this is what the gospel is solely about. It is far more. This is the big picture gospel of the NT that finds its roots in the promises of the Old.

The church from the Middle Ages until now, and this is amplified in SDAism, has gotten it backwards.

It’s difficult to remember something that isn’t true.

If SDA’s need to be reminded of anything, it’s that if it weren’t for EGW there would be no Adventist church and without her “spirit” of prophecy (as opposed to any real prophetic gift) there would be no need to consider how to onboard new recruits.

IOW, if Adventists were more honest, and “remembered” to mention their existentially important fourth element of the Holy Trinity when preparing newbies for baptism, perhaps they wouldn’t eventually lose so many of the new sheep they bring into the fold.

with one answer calling for an outright creed of believing in the true God and Ellen White as His prophet. Besides this attempted Adventist version of the Islamic Shahada ,

Really? that is a real stretch. The Shahada says: "“There is no God but God and Muhammad is the Messenger of Allah.”

Islam was founded by the writing of Muhammad. There would be no Islam without Muhammad

That is not the case with EGW as the foundation is still the Bible. However one may misuse EGW Adventism is not founded on EGW, I comes from a Protestant Tradition it is not a new religion based upon a singular prophet.

First, Mohammed was illiterate and did not write the Koran.

Third, the question of whether or not Adventism is a Christian religion will remain open until the second coming, given that Jesus may, or may not recognize EGW.

First, Mohammed was illiterate and did not write the Koran.

Took under a minute to see that Mohammed was not illiterate in the meaning of cannot read or write. see Prophet Muhammad. Was Prophet Muhammad Illiterate… | by David | Uncorrupted Islam | Medium

More astute research I suppose only who said that Jesus wrote the Bible?

Third, the question of whether or not Adventism is a Christian religion will remain open until the second coming, given that Jesus may, or may not recognize EGW.

By most any means of analysis, Adventism is a Christian religion. Walter Martin did a good deal of work 40 years ago to dismiss that idea.

Took under a minute to see that Mohammed was not illiterate

Literate or not, a little more research shows that no one knows precisely how the Koran came to exist, just as no one claims that Mohammed himself wrote it. 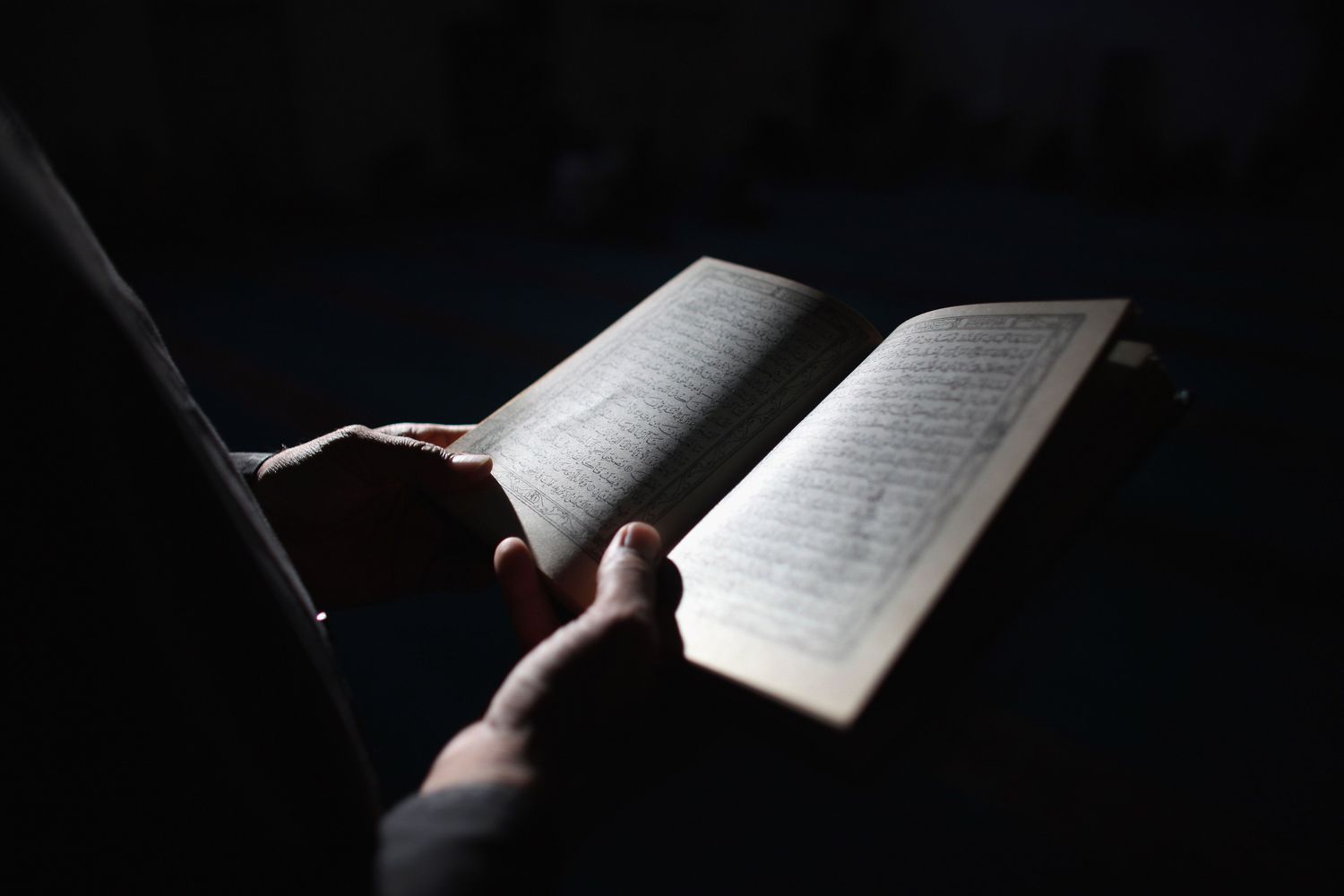 Who Wrote the Quran and When?

wrote the Quran? Here's a brief overview of how the Quran was compiled during the lifetime of the Prophet Muhammad and after his death.

Or if you have even more time:

who said that Jesus wrote the Bible?

So who said Christianity can be defined by reading biographies he did not authorize?

By most any means of analysis, Adventism is a Christian religion. Walter Martin did a good deal of work 40 years ago to dismiss that idea.

Mr. Martin confirmed this how? By interviewing Jesus? Unless I missed a memory verse or two, in all of the hearsay we do have about what Jesus supposedly said and did, there is no specific mention of any of the extant organized religions which are ostensibly Christian, to say nothing of EGW or SDA-ism.

Literate or not, a little more research shows that no one knows precisely how the Koran came to exist, just as no one claims that Mohammed himself wrote it.

Your statement was he was illiterate. I did not ever say he wrote the Koran. No one goes back into ancient history to say with surety who wrote anything.

As for the rest of your statements they show a lack of understanding to say the least.

As for the rest of your statements they show a lack of understanding to say the least.

Statements made without evidence can be rejected for that reason.

Further, your comment demonstrates a lack of understanding in regards to how rational conversation works.

IOW, I don’t have to provide evidence to show that you’re wrong, the burden is on you to convince me that you’re at least relatively correct.

Mr. Martin confirmed this how? By interviewing Jesus?

That sir is all the evidence needed!

So your point is proved because I asked for evidence?

I think you’ve proved beyond a reasonable doubt that trying to a have rational conversation with you is probably pointless.

You better believe that Adventism is based on both the Bible and Ellen White, make no mistake. You may take away Bible but not Ellen White from this denomination!

Adventism without EGW is like Nazism sans Hitler; nonexistent.

My old brain falls asleep by the time I read the comments that reference the opening essay and the reactions to the other comments.

How should we define Christian and/or judge if someone is a Christian?

Was Ellen White a Christian? In her last public sermon or speech she said, “Brethren and Sisters, I commend unto you this Book” - referring to the Bible.

Are you a Christian?

I have always felt uncomfortable requiring people to be indoctrinated into SDA fundamental beliefs before baptizing them.

Amazing grace is the beginning and end of salvation.

In her last public sermon or speech she said, “Brethren and Sisters, I commend unto you this Book” - referring to the Bible.

But Jesus never said the same thing about Mrs. Writings, just as he never suggested that anyone needed to read the NT, as neither of these sources existed until decades after his departure from the planet, nor has anything ever been published with his imprimatur.

The point being that there is nothing irrefutably “Christian” in the NT “copy and paste” collection of propaganda nor is the term inarguably defined in the inherently contradictory compilation of EGW’s aphorisms.

To paraphrase The Wizard of Oz, what’s important is not how much any Christian loves Jesus, but what has Jesus specifically said about his love for them? In the case of organized religion, EGW and Adventism?

So until some future person is somehow able to absolutely and conclusively demonstrate that he is the messiah, come to establish a new heaven here on earth, and is the same person who walked the streets and seas of the Middle East two thousand years ago, the question of who or what constitutes Jesus’ “true” church will remain unanswered.

And BTW, if anyone is tired of thinking about the issue, I feel sorry for that person, as I find open questions infinitely more interesting than those which are purportedly settled.

I wasn’t trying to defend her writings. I was simply suggesting that none of us can say that she was not a Christian.

I used to read her writings a lot. I haven’t read anything of hers for years. I do read the Bible everyday.

I am not anti-EGW, but I don’t agree with or trust everything that she wrote. I am still a member of the SDA church, but I don’t accept all of the “fundamental beliefs.” I am a pilgrim just like all of you.

The “truth” is Jesus.

I was simply suggesting that none of us can say that she was not a Christian.

I didn’t say she wasn’t a Christian as that’s not my call to make.

I do suspect she did and said some things that Jesus wouldn’t have but I’m more than happy to let Jesus make that call if and when he returns as EGW promises he will.

That said I, unlike some SDA’s, won’t be surprised if Jesus can’t pick their “prophet” out of a line up.

As to the statement “Jesus is ‘truth’”, I’ve never met the man, so again, I’m willing to wait and see what he’s like when he shows up.

I guess I am confused, which is not unusual for me.

Are you a “Christian?”

You’ll have to ask Jesus.

I apologize if I was rude.