At a service at the annual camp meeting at Himmerlandsgården in Northern Denmark on Sabbath, May 7 2016, four pastors were appointed and welcomed to the ministry.

This is the first appointment of pastors since the Union’s decision in 2013 to suspend all ordinations and commissionings until the General Conference Session in 2015.

"Today we are setting apart and recognizing their gifts and their calling to pastoral ministry. The word appointing (Danish: indsættelse) specifies how we understand this service.”

"We believe that recognizing an individual’s spiritual gifts and pray with the laying on of hands is a way to move towards a more biblical understanding of the status and role of pastors in our church,” Thomas Müller, Danish Union president said at the service.

"The appointment is made by the Lord,” he said, referencing Isaiah 61, where the Lord Himself is appointing and working through the anointed person with His Spirit.

"At this service we as a church will recognize this calling to pastoral ministry.”

The church in Denmark wishes unity in the world church, and does not in any way wish to break away from the worldwide fellowship of Adventist believers.

At the same time, appointing without regard to gender acts in accordance with the decision made in 2013, that the Danish Union “will not distinguish between genders when appointing pastors, and wishes to see equality between genders in all areas of responsibility.”1

Some of the pastors appointed today were affected by the decision not to appoint any new pastors during the last three years, and were as such overdue for the recognition.

"We will operate with two credentials: pastors in internship, and pastors. The internship will last 2-3 years and after a successful completion of the internship-period he/she will be appointed as pastor,” explained Thomas Müller, who had been re-elected two days earlier at the union constituency meeting.

The Danish Union of Churches Conference consists of around 2,500 members in 40 congregations.

The Danish Conference was the first (self-supporting) conference established outside the United States, in 1878.

Andreas Müller is Director of Children's Ministries for the Danish Union of Churches Conference.

The church in Denmark wishes unity in the world church, and does not in any way wish to break away from the worldwide fellowship of Adventist believers.

Well, then follow voted policy instead of making your own. If a Conference thinks it can run things without ordination, why the fight to ordain women?

I have been thinking about this issue. The pro-WO folk had their best chance last year. Wilson allowed for a vote, and there was a full court press to get it done.

I think there will be little chance of doing it again. The church has become more and more filled with members from the third world and fewer and fewer from the first. They have listened to the first world’s harangue on this for, what, 40 years? I bet the next CG president will be FROM the third world, most likely South or Inter America. Why vote in a guy who will make the church go though another year of politicking that keeps it from its mission? The first world is becoming more an more irrelevant on this matter. The Danish Conference could do better by submitting to world policy rather than asking for a new type of credential. Let it go.

In the same token, the world church can begin vetting GC appointees/officers the same manner they have staffed the SID/“third world” with, ala Paul Charles and their SID legal counsel, Boyce Mkhize. Individuals who can represent you, I and our beloved SDA organized church at the “highest” levels of moral standards. 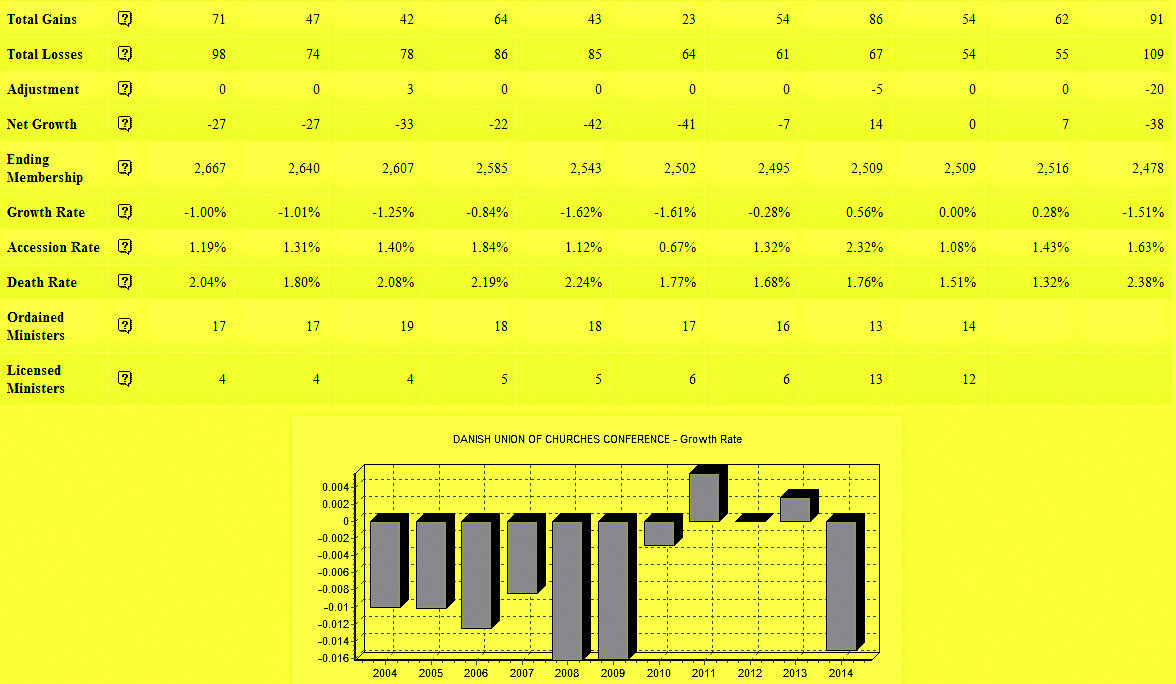 Let’s hope this action results in a turn-around regarding the Danish Union’s membership growth.

Problem is I don’t think the vote was the best they could come up with. Not enough was done to educate on what TOSC came up with nor what recommendations were made. And a simple majority vote on this was another issue that made this a bad way to go. (I acknowledge I have said this before.)

True, it would be nice to see a world church tow the line after the vote, but that was an unrealistic view from the start. The horse is out of the barn and it isn’t going back in.

Can someone explain what is meant by "annulment of ordination? In the Pacific Union Recorder the Southern California Conference approved the annulment of a minister’s ordination “in light of his resignation from the conference.” Another pastor was released from a former assignment.

Can ordinations be annulled? And what are the reasons?

The following are some examples of actual annulments:

Special attention should be given to any statement of Qualifications for the Ordination of Ministers (and any scripture cited to support those listed qualifications). A lack of/change in those qualifying behaviors in the life and ministry of a particular minister would imply potential reasons for annulment of the ordination. One such statement of qualifications for ministerial ordination was issued by the General Conference on October 21, 1954 (General Conference Committee Minutes, October 21, 1954, pg. 110) The two over-reaching principles of annulment (as I understand them) are:

That being said, my observation is that there is, generally, a generous position taken regarding consideration of anyone for annulment of ordination credentials. There are certain instances, however, that in my opinion, were especially uncharitable. Also (again, in my opinion) there is a more generous measure of tolerance (for variations on doctrinal positions and for moral behaviors) given by some conferences and unions over others and that it is especially rare for the General Conference to be the entity that issues the annulment of a pastor “in the field”.

i kind of like the solution of expanding the role of a commissioned pastor to overlap that of an ordained pastor…this circumvents san antonio without challenging it, or creating friction…it allows people to indulge their headship notions without preventing women from rising through administrative ranks…

Joselito
Regarding your graph:
It is my understanding that populations in europe in general are becoming less “religious”.
It seems to me that the Very First Order of Business would be to promote God, Higher Power, the Big Banger of the Universe.
If one has no need for a God, they dont have a need for Jesus Christ, nor the 7th Day for Rest [any day would do, if at all].
According to SDA Rules, one has to be a believer in ALL 28 beliefs to be baptized to be counted as a member. Just accepting God wont do it.

About 1960 our church in Denmark reached its peak in memership, about twice as many as there are today. Then our eyes were focused on our mission field, West Africa, and some of our best leaders were sent to administrate our work there and as a result our work expanded in the mission field while stagnating at home.

This really makes me sick , how is it that the general conference voted against women ordination but some how they’re ordening women? This tells me. Very clear, god is not our first priority.

Your post tells me, very clear, that you have an oppressive, misogynistic attitude towards women.

THAT, and the behavior of those like you at the San Antonio GC, really makes me sick.

@Astarmovers - Friend, were you there in SA when TW told us several times that nothing had changed. The choices were to vote for WO or not to vote for WO. There was no legislation to ban WO though several tried.

how is it that the general conference voted against women ordination

I get it: you appear to be in the group of discriminators of women who want to preserve and perpetuate this awful and un-Christian practice.

I hope you also get something, like understanding that not everyone is a women discriminator, and these ones will not agree to submit their spiritual honesty to a group of discriminators - it doesn’t matter if they even vote to continue discriminating practices in the Church.
@rohantocharles @elmer_cupino @robert_sonter @ageis711Oxyain