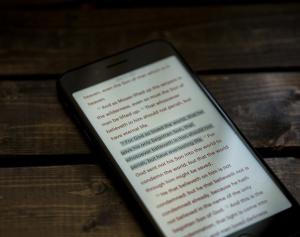 God is love (I John 4). The way the world will know that we are disciples of Christ is if we love one another (John 14). Repeatedly and unambiguously, Christ emphasized that love is God’s primary characteristic. And by extension, this would be the identifying mark of the true followers of God.

This is the complete antithesis of the primary M.O. of the ruling religious leaders of Christ’s day. They were overwhelmingly less worried about the disciples hunger than they were concerned with whether or not the disciples were breaking the Sabbath (Mark 2). They were willing to publicly humiliate a woman and use her as a tool to entrap Jesus into revealing His loyalty to the ecclesiastical laws (John 8). They attempted to do the same when asking Him choose between helping a man with a crippled hand and conforming to their interpretation of lawful Sabbath activities (Matthew 12). They were actually incensed when a lame man was healed, because it took place during Sabbath hours and carrying his mat went against their approved Sabbath list (John 5). And they seemed oblivious to the miracle they witnessed because they were more focused on the fact that it seemed like Jesus was unlawfully extending forgiveness to a man who was paralyzed (Mark 2). Policies were more important to them than people.

Their mentality was the total opposite of Christ’s. But this wasn’t exactly new. Isaiah chastised the children of Israel for perseverating so much on physical fasting that they didn’t bother to loose the burdens of the oppressed around them (Isaiah 58). God has always valued the treatment of people over prescription and adherence to rules. This was reemphasized by John’s warnings to the new church that loving God but hating our earthly family was impossible to do simultaneously (I John 4). Loving each other is the unique identifier of those who are truly God’s children.

It’s 2000 years later and this message seems to have gotten reversed again. Like the scribes and Pharisees of old, it is often emphasized by many religious leaders in our day that policy is paramount. Even our own church administration has suggested that using the practice of publicly humiliating their fellow leaders is a good idea and is a means to spotlight nonconformity. Where have we heard that before? However, unlike the woman caught in adultery, the “crime” of wayward leadership is going against church practices in an effort to be too inclusive. Somewhere along the line, exclusivity became the identifying mark of a true follower of our religion— whatever that religion is: because it sure isn’t the one Christ taught.

In this alternative religion, it’s not unusual for people to complain about sermons or practices that seem too kind. A familiar experience shared by many pastoral colleagues is one of being confronted by church members upset that they’ve been neglecting the teaching of foundational doctrines in favor of preaching too much love. It’s as if those complaining have totally missed the point that the singular foundational doctrine of Christianity is love. Christ even explicitly says so in noting that loving God and loving your neighbor as yourself are the basis of all godly teachings (Matthew 22). Yet we have sincerely gotten it backwards. So much so that we are threatened by too much exposition of love and kindness.

Recently an article was published about a Christian group seeking to send a message to LGBT+ groups. The Christian group stood with signs at a gay pride rally displaying them to those participating in the marches. But contrary to what has been par for the course for many Christians who’ve held up signs at similar events, these signs expressed remorse for the decades of hatred the church has spewed toward that population. Not surprisingly, such tactics sparked intense discussions within Christian circles—including our own denomination. Concerns have been raised that these messages of love ought to be tempered with caveats … lest someone get the wrong idea! After all, it has to be abundantly clear that Bible believing Christians have not compromised their stance on long held religious policies. Never mind the fact that no one insisted that caveats and asterisks crowd the placards held by Christians at gay rallies when the messages were focused on the need for LGBT+ individuals to repent from their ways. But these additions are a necessity when the messages highlight the need for the church’s repentance.

Those who argue in favor of an unvarnished display of love are often viewed with a skeptical eye. After all, with all this love talk, perhaps they are actually trying to subversively change policy. For one to talk about an undiluted display of love, it raises doubts as to whether or not that individual is truly loyal to the tenants of our church. Ironically, excluding others and pushing them away from God is not enough for someone to question your Christianity, but practicing love makes others suspicious that you are not really faithful to the church. Those who speak about inclusion and reconciliation are viewed with far less trust than those who espouse the opposite. Your “church cred” won’t be questioned if you preach a message of intolerance—but preaching a message that highlights the importance of love immediately places you under scrutiny. Without a doubt, just for having written this article, my fidelity to the church will be questioned by some readers. How sad that displaying hate doesn’t automatically get one’s religiosity called into question, but displaying love will.

Indisputably, love is the default setting of God. Therefore it ought to be that of God’s children as well. We’ve become so accustomed to our customizations that we’ve mistaken them for factory settings. It’s time we do a hard reboot and get back to basics. God is love.

Courtney Ray, MDiv, PhD is a clinical psychologist and ordained minister of the Seventh-day Adventist Church.

Previous Spectrum columns by Courtney Ray can be found at: https://spectrummagazine.org/authors/courtney-ray

Many times love is the missing ingredient in our witness. Tina Turner sang a song some years ago, and the title was “What does love have to do with it. “
It has everything to do with who we are and should be. Knowledge can puff us up. Paul stresses that Love ought to build up the church. We should not be so selfish about getting ahead, or being the first to do something. The Corinthian church was suing each other, had no patience with one another, and keeping a record book of all the wrongs that had been done to them. Love will not put another brother and sister in court because if both are Christians, then both should be able to work things out. Love even though you don’t have the skills that I have, Love will be patient enough and show others how to rather than dismissing and starting division, Love will not keep a record book of all the wrongs done to them because Ephesian 4:26 says be ye angry and sin not, let not the sun go down upon your wrath, verse 32 says be ye kind to one another, tenderhearted, forgiving one another, Even as God for Christ sake has forgiven you.The last words of the EGW book say it loud and clear, God is love!

How far have we drifted from Agape. The English word love has settled on passion and sentimentality. That is why I prefer Grateful generosity. The word cherish is also useful, as is compassion.

Thank you, Courtney! You are speaking for many of us who have wondered about this but did not put it so eloquently. We have two churches, the “Love as Christ does church” who embrace Jesus ALL and want to reflect him, then we have the second coming of the Pharisees who bludgeon people with legalism and rules and evil surmising because they themselves cannot understand how to love.They need the love as much as others need it, but they can’t see how blind they have become because they’ve been too busy straining out gnats and swallowing camels.

IF you are going to have a PURE church congregation, then you CAN’T have ANYONE
who Identifies as a SINNER, or is TAGGED as a Sinner.

Since it is easy to compare bible versions on the internet…

Notice the variety of differences between KJV,NKJV,KJ21 and others on just 1 Cor 13:5

“does not behave rudely, does not seek its own, is not provoked, thinks no evil;”

5 It is not conceited (arrogant and inflated with pride); it is not rude (unmannerly) and does not act unbecomingly. Love (God’s love in us) does not insist on its own rights or its own way, for it is not self-seeking; it is not touchy or fretful or resentful; it takes no account of the evil done to it [it pays no attention to a suffered wrong].
1 Corinthians 13:5 Amplified Bible, Classic Edition (AMPC)

probably the biggest problem when discussing the concepts in this article is the almost inevitable conflation of love with tolerance, so that when you stand up against something because the bible condemns it, you’re being exclusive, unloving and hate-filled…

is love ever intolerant…is intolerance ever loving…is there ever such a thing as being loving while standing up for defined doctrines, or for defined parameters of action, that exclude what doesn’t fit into those defined doctrines and parameters of actions…or is it always the case that believing in something, as opposed to believing in everything and, ultimately, nothing, is an indication of exclusivity and hate…

i think a case can be made that the strengthening ecumenicism we’re seeing now, from the papacy on down, is really a coalescing around a conflation of love with tolerance…it’s increasingly rare to see defined belief being portrayed in any terms beside pharisaism and non-love…but maybe we should be asking ourselves whether the biblical record ever portrays christ saying no to something, or whether it really is the case that he meant to say, or should have said, yes to the three temptations he faced in the wilderness after his baptism…

Thank-you for this article, Courtney. The problem that I see with human beings…and in this case, church members, is that we learn what “God/Love” is like through our parents and those we interact with (church members, etc.). If there aren’t any good role models of “Love/God”…what we learn what we learn can be a warped. Too many people join churches to find love and acceptance only to discover that they are rejected there as well.

is love ever intolerant…is intolerance ever loving…

You bring an excellent point Jeremy, your question can be reworded with a specific case-in-point, such as: Can love ever tolerate injustice? Is tolerance for injustice love? Love is defined as much by its boundaries as it is by its infinite qualities. I think most of us, as the author of this article confirms, have a great difficulty discerning or accepting the fine line of tolerance vs. permissiveness when it affects our own opinions, desires, sensitivities, Etc.
This is perfectly exemplified by the ecumenical movement you mentioned; while Francis seems to be preaching “tolerance” of all religions, he certainly does not seem very tolerant of those who believe the Word of God is actually true (definition of a fundamentalist) – in 2015 he said: A fundamentalist group, even if it kills no one, even it strikes no one, is violent. The mental structure of fundamentalism is violence in the name of God.”
I hope the as SDAs can reflect on these questionable methods and avoid using them ourselves.