Did Jesus Suffer More than Any Human?

The memory text for this week’s Adult Bible Study Guide comes from Matthew 27:46 NIV: “About three in the afternoon Jesus cried out in a loud voice, ‘Eli, Eli, lema sabachthani?’ (which means ‘My God, my God, why have you forsaken me?’).” In the passion account, this is the climax of Christ’s suffering on the cross—the moment of death and abandonment by his heavenly Father. It is also a quote from Psalm 22 (NIV), which opens:

This is a companion discussion topic for the original entry at http://spectrummagazine.org/node/11999
RonCorson September 22, 2022, 3:20am #2

And then Thursday’s lesson on “The Suffering God” adds, “Christ, our Lord, has suffered more than any of us ever could.”

Has God really borne the brunt of suffering caused by the human condition? Unless I’m missing some sophisticated ontological point about divine death as eternal separation in this Sabbath school lesson, it seems to be that there is at least a historical question to consider here. Have humans suffered more than Jesus?

While it is probably a fool’s errand to try and quantify human suffering one has to wonder if being tortured and killed by your children really has to be up there. In fact, if the torture and killing were because you came to help them it does seem that the suffering would be even more intense. I suppose the real way to determine the suffering here is to check and see what the suffering is like when it is at the hands of the very people you created and loved. I guess to quantify that we would have to see what the other reactions to such an event were. But I can’t think of anything quite like that so we will have to just use the example of being killed by your children because you offer them your love and forgiveness.

He suffered like any innocent human. God cannot be tempted, neither can he suffer bodily afflictions. But he suffered as a human. Moreover, he suffered in proportion to his moral, spiritual and physical strengths, for God will not allow us (even Jesus) to be tempted more than we are able. This is how I look at it.

I don’t think there is much in the Gospel record to support that claim.

I agree with your statement.

If the death of Christ is what saves us (no dispute from me), why did Jesus hide/flee whenever the mob tried to lay hands on Him. There are several instances where this occurred. Why did His death have to wait for the cross? Why not let it occur earlier?

I don’t know if anyone could answer this sufficiently. Maybe part of the reason is what Paul gave in Galatians, quoting Deuteronomy…”cursed is everyone who hangs on a tree.” The idea being that Jesus’s public death on the cross was his assuming the curse of sin, as said in the Torah, in order that all might be blessed. This is how someone such as Paul seemed to understand it.

If an omniscient being knows how an individual will act then there is no free will.

This seems to be long-standing, easily-refuted fallacy, @TheAdventistPodcast: It seems there is no free will if, and only if, in some way, this being’s thoughts impinge on an individual’s decisions. 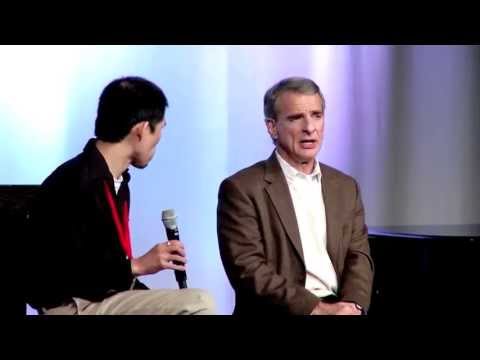 Exactly how does one define suffer and can we relate the various ways in which this suffering may occur?

If suffering is defined as undergoing an extremely unpleasant scenario, then in what ways did Jesus experience this in a degree surpassing that of any human being?
Further would this type of suffering include social, emotional, physical, mental and the other types of suffering?

My own thoughts on this matter relate to the fact that Jesus as a sinless being died on the cross for all, humanity, bearing the sins of the world in his own body . In that sense I can see Jesus as suffering more than anyone else, since no one has been called to suffer in this way. The collective sins of the world, inclusive of any human being who has lived or will ever live , placed on Jesus. This type of suffering is indeed unique and unique to Jesus alone.
But how does one measure suffering and can we say that Jesus physically, mentally, emotionally, or perhaps socially suffered more than any other individual?
Perhaps it is best that we stay with the biblical writers on this issue-1 Peter 2: 24,John 3: 16, Isaiah 53 etc.

I suppose because of the symbolism of Passover and being the sacrificial lamb.
Also because people were in town from all over the world and news would spread faster.

“If an omniscient being knows how an individual will act then there is no free will.”
I can’t wrap my head around this illogical statement.

It is, perhaps, impossible to add much if anything to the volumes on this topic. It seems to me there is a simple and logical view. Firstly, God is Creator, Infinite in power and Sovereign. Secondly, creation is the product of His free will. By His choice He “gives” the human person (indeed all intelligent beings) the true and effective option to obey or rebel which we call free will. Our free will is perceived in us because it is consistent with the reality that God created for us.

That point being made, the end of suffering is death. Therefore, Christ’s suffering cannot be accurately said to be greater that human suffering since both ultimately result in death, i.e. annihilation. It may be, nonetheless, asserted because Christ, as the unique god-man suffered both as human and as god, finite and infinite.