Does Adventism Have Anything Interesting to Say?

"The Adventist view of death…is Biblical and taught by Jesus."

Adventism and SDAs do have many interesting things to say but if I might suggest something the interesting things are continually muddled and confused by poor apologetics. What other denomination has spent as much time as SDAs to try and unpack the sanctuary laws sometimes referred to as the old covenant. Is there not ONE eternal covenant? Yes, according to the Adult Study Guide for the current quarter. That was parenthetical and rhetorical. The other elephant in the room is the purpose and plan of God for RESTORATION. Apparently it is sufficient for some to focus exclusively or mainly on God’s grace, truly a major characteristic of God but neglects the change in character of humanity that God expects given His plan for restoration. God bless you if you see this significant contribution to theology.

We have to find, like Daniells, some new reasons to believe.

I can’t believe that Daniels believed ever again after he found proof of her plagiarism and mendacity.

On the other hand, we have modern proof that those two characteristics don’t matter to a lot of people.

I get your point, and he had the right to present an alternative point but not attempt to persuade everyone he was right. Maybe he didn’t. It was church leaders who started the storm. His different interpretation was irrelevant to the majority of the church outside religious hobbyists and theologians.

Where he shines was bringing back the heart of the Gospel–salvation by Christ alone–His righteousness by faith. It’s too bad other ideas got in the way and distracted from it.

. I like one explanation that Samuel was briefly brought to life by God to answer Saul’s questions. God is able to resurrect someone at any time (like Moses). However, the church interprets this as spiritualism or fake. The text seems to say the lady (who was a fake) was surprised herself at what happened.

Does the Bible teach that Satan’s name was ever Lucifer, or that he was an angel with the rank of covering cherub?
3. I would need to look, but I am sure it is inferred since the Christian world apparently understands it that way.

My experience is that most secular people aren’t interested unless they get on the topic. These are the more intellectual people. If one has a church they often feel they don’t need to discuss it (for fear of learning something confusing to them or don’t care beyond their belief system).

Unless one is asked I see no reason to discuss it. People usually will feel a need when they have troubles. On the other hand, I don’t make friends just to push an agenda. More could be said, but time is short.

In a world where millions are caught up in one form of spiritualism or another, Adventism has nothing to say?

In a world where millions are caught up in the nihilism created by evolution, Adventism has nothing to say?

In a world where 24/7 burnout affects millions, Adventism has nothing to say?

In a world where millions are eating themselves into heart disease and other lifestyle ailments, Adventism has nothing to say?

In a world where utter injustice reigns, where evil seems to triumph and good languishes, Adventism has nothing to say?

The problem isn’t what we say but that the author of this piece isn’t listening to what we do say.

In your response to @Sirje, do you get the irony of one, in your position, reflecting ironically on this article?

What @MatthewLucio is saying is that Adventism is not adding anything to the public discourse. It is not a source of current, or popular, wisdom. It’s anodyne.

You, rejecting his argument, have offered five counter-examples.

In response, I would ask you this: Pull up one quote of anything Adventism has to say, about any of those topics, that has been cited in a single major metropolitan newspaper or newscast during the last decade.

Here, I’ll throw you a bone: Barry Black, Chaplain of the U.S. Senate. Probably the most widely-known Adventist in America…though not for his, or on, Adventism. 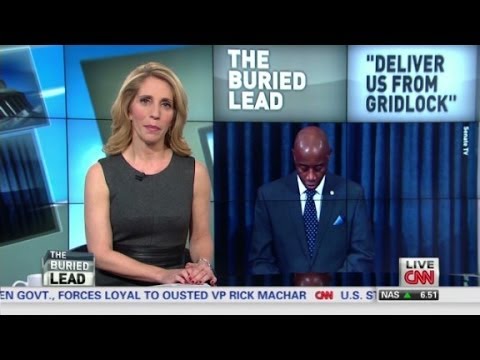 Better yet, let me take one of your trigger issues: Evolution.

I’m a regular listener to, and erstwhile interlocutor of, Dr. William Lane Craig, the philosopher who is Christianity’s leading apologist.

About a year-and-a-half ago, in one of his newsletters, he said:

I’ve turned my research focus to the question of the historicity of Adam and Eve. Amidst all the debate, one thing I am relatively certain of is that the traditional view of the church (not to mention Judaism) is that Adam and Eve are the sole progenitors of the entire human race. The question is whether that view is correct.

It turned out, as part of his research for a book, Dr. Craig had been both attending, and presenting at, the Creation Project, a multi-year effort, funded by the John Templeton Foundation, “to catalyze a field of study around the doctrine of creation that is faithful to Scripture and informed by contemporary scientific research.”

Here are a list of presenters for the session taking place THIS WEEKEND:

Now, this—the doctrine of creation—is our sweet spot. We’re experts at this stuff.

But, where are we, at events like this one?

And this is typical. SDAs have our own societies and conferences, where we talk to each other. We self-cluster.

We do not intermingle with others who don’t agree with us, even if—like the conference attendees, above—they do agree that Jesus Christ is Lord.

It’s truly odd, to me, then, that you would react so defensively to this critique.

It’s clear that, in your own work within the church, you’ve strived to make it contemporary, no-nonsense, pulling-no-punches, even “hip.”

So when Matthew says, “Adventism is not having the desired effect in the world,” your response is, “Well, you must not be listening!”

I’m sure Matthew will take the L on that one, and agree.

So, if he’s not listening, who is?

P.S. After I wrote this, @Cliff, I went and located the program guide for this weekend’s Creation study event at the Henry Center.

When I flipped through it, I found an expanded list of participants.

Guess what I saw? 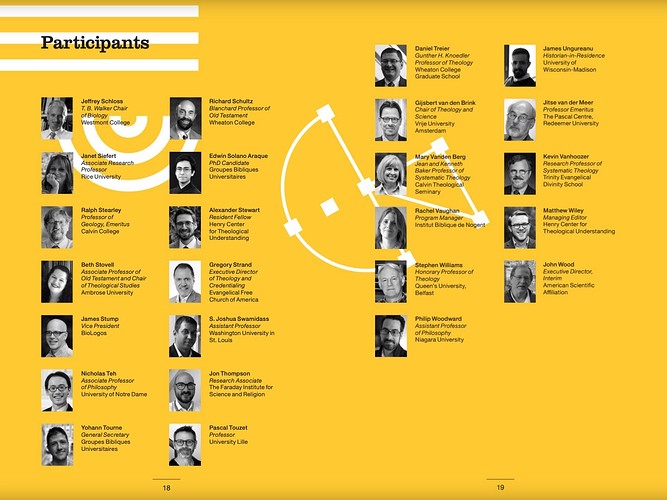 Thereby officially certifying our denominational love for haystacks, 'cause he’s a needle in one!

Lucifer originated from the Latin name for Venus, the morning star. The world Lucifer was not in the ancient manuscripts

From my observation and experience, trying to tell people about a G-d they aren’t sure exist, from a book they believe is just like all the other fiction books doesn’t go very far. If we don’t use a language they understand and believe in to teach about a G-d you believe in they aren’t going to care one bit what true we have to say. I was at a Bible translators fundraiser dinner ones and the guest speaker was telling a story about how Jesus paid the price and none of the tribe got it, didn’t care. Then one day a ceremony was taking place and someone rushed in to take the punishment for the person who had been caught in trouble. When the translator asked about this and what it meant he suddenly had language that the people understood to tell about what Yeshua had done for us. Suddenly the teaching was relevant.
As others above have stated. When we only talk to ourselves, hang out and eat with ourselves we continue to only think what affects us is relevant to the rest of the world. Often the “be in the world but not of it” message has gotten so far into our culture we can’t see what’s really going on around us. If our mission really was to see people free then our churches would be bursting at the seams. As it is, of you have a problem church probably isn’t the place you want to take it. That agnostic friend or neighbor is probably going to be a safer option. Why? Because they aren’t going to give you advice from a theological point of view. If they paid any attention to what you’ve said they might even give you advice from a Biblical perspective because they know you believe that stuff.
BTW, it’s Sabbath and my 3 jars of rhubarb just sealed. Praise the L-rd!!

You owe nobody an apology for anything. I have been thinking about your observation that not enough people read books like the ones Sigve Tonstad writes. I have come to the tentative conclusion that if I were a pastor I might try to get a group of members to convene once a week (or every two weeks or once a month) to discuss one chapter in a major book. This might serve well as a midweek or Sabbath Eve gathering at someone’s home. There must be somerthing along these lines that would enable and encourage members to read more serious things.

I know that the Bible has something to say. John said it and Jesus said it. Repent and be baptized. We seem to feel that SDA doctrine will save people. No one wants to hear a constant barrage of SDA doctrinal beliefs. We need to tell them the story of our love relationship with Jesus Christ. The Holy Spirit will do the rest. This is the problem with the church, the church feels that they can continue to act on tradition. We are not listening to the voice of God. Maybe we feel we have the truth as we define it and ignore the needs of the world. After all we are really the only ones who are slated to be saved. What will it take for us to wake up?