Many words have already been generated by events in our church last week. For me, as someone who has been trained to observe process, there was one piece of very good news about the meeting which kept European Adventists, including us, watching online till the early hours of Monday morning.

So first, here’s the good news! With a few exceptions, speakers at the microphones kept carefully to their two allotted minutes and made the best of them. The most effective had obviously chosen their words carefully. They had written and timed their remarks. The repeated appeals from the chair to be “sweet-spirited” seem to have worked. At the microphones, people were thoughtful and sensitive and put their different cases with respect. So many speakers delivered their words with conviction but without a trace of ego in their tones. While so much about what is going on in our church these days makes me sad and bewildered, I was comforted to see that we can still conduct an extremely difficult debate with directness and insight, with honesty and dignity.

This positive aspect of the meeting threw into high relief the unequal way in which the airtime was divided. The meeting lasted five hours. The first two hours were taken in introducing, explaining, and defending the policy. Reading the policy document aloud — as if none of these obviously highly responsible leaders had taken the time to read it beforehand — added to the impression that the various senior leaders’ contributions were deemed to be the most important part of the meeting.

The discrepancy between the different amounts of time taken by various people spoke volumes. Everyone expects chairpersons to speak more, and to use their expertise to guide their group members. But when people have traveled from across the globe to such a momentous meeting the airtime allocations seemed out of proportion. And to speak at such length when you are limiting everyone else in the room to speaking for two minutes? Compare the carefully crafted speeches, mostly given with respect to their two-minute deadline, with the rambling repetitiveness of what appeared to be ad-libbed introductions by the chair. Compare the amount of time taken by the introductions and the time allowed to the representatives of the church around the world whose job it is to communicate and defend the decisions taken. In the process before this gathering, the members of the administration have had a lot of time to make their points. The church representatives now found that their time to speak to each other was being tightly controlled.

The unequal use of available air time in the making of this significant decision suggests an organization where very little thought is given to the values (dare I say, the spiritual values?) expressed by process. The behavior on this occasion casts an unfavorable light on the top-down assumptions about sharing power in this organization. We have seen it in consistent opposition to the sharing of leadership between men and women in the church. Here it is again.

So…finally…some questions. Should we be measuring the airtime given to everyone in committees to be sure that there is rigorous equality between them? Absolutely not! Passion and expertise need to be respected. But does it matter that in this significant Adventist conversation, a disproportionate amount of time was occupied by a few leading men? Absolutely! They might call it appropriate leadership or “headship.” Others might call it “domination.”

Let’s be clear. This kind of directive approach is the type of leadership sought by many people, both inside and outside the church. If this isn’t the situation we want, how hopeful can we be? Is it too much to hope for a greater awareness of the value of shared airtime at least in professional church meetings? Is it too much to hope that church administrators become as aware of the sharing of airtime as are secular professionals? And in Bible study groups and in conversations after church, is it just too idealistic to hope for the creation of conditions where everyone’s view can be heard? Is it naïve to hope that inside the church and inside our families, we can learn to think about the importance of sharing airtime just as we attempt to care for the sharing of other resources like money? Whether we are Christians or not, if we care about equality — thinking about sharing airtime seems like a good place to start.

Helen Pearson is a counselor, psychotherapist, writer, and trainer from Wokingham in England and a longtime elder of Newbold Church. She and her husband, Michael, run the website Pearsons’ Perspectives where this and similar articles can be found. It is reprinted here with permission.

To be given air time in an environment of my way or the Highway is the tragic outcome of Fall Council.

Thank you for your insightful article. I was present on Sunday at Battle Creek as a visitor and I agree with you fully. And I believe the same procedure was followed a week earlier by the leadership in trying to get the document onto the agenda. This does make the whole process suspect to me. Is the outcome the will of God or the will of man?

@ABC7777 I agree. A good question. It is worth reminding ourselves that even if “man” got his way with this outcome, God can, and does, use it to His advantage. The last years of Paul’s life are a great example of this. At every turn where things appeared to be going against Paul, God used it as an opportunity for Paul to spread the good news. This outcome will no doubt become an opportunity for God’s mission to progress. We need to be ready to “preach on the steps of the temple to the crowd who is wanting to tear us apart”.

The photo showed everything that is wrong with this discussion

A whole line of MEN lined up to talk to a whole lot of MEN about an issue that has a huge impact on a denomination that is more than 50% WOMEN.

A whole line of MEN lined up to talk to a whole lot of MEN about an issue that has a huge impact on a denomination that is more than 50% WOMEN.

And this has something to do with Old Testament priesthood of the Levites? I saw that argument here at Spectrum this week. This scene and situation is authored by the Holy Spirit?

Has our denomination abandoned the Priesthood of ALL Believers?

Domination, for which there is a lot of grassroots support.

Notice the conflation of Women’s Ordination and Male Headship.

Yet we keep picking the WO issue to the bone, when it is the flea on the big, nasty dog.

Yes, this quote also appeared here on the Spectrum discussion by Ian. I thought they were jokes.

The fact that it originated at fulcrum7.com indicates the serious followers of Male Headship are spreading this idea.

I thought they were jokes.

Went back and checked to be fair—I think he meant that as a joke or maybe devil’s advocate—you’re right.

Still, it is representative of so much of the conversation there that I must invoke Poe’s Law:

Poe's law is an adage of Internet culture stating that, without a clear indicator of the author's intent, it is impossible to create a parody of extreme views so obviously exaggerated that it cannot be mistaken by some readers for a sincere expression of the parodied views. The original statement, by Nathan Poe, read: Without a winking smiley or other blatant display of humor, it is utterly impossible to parody a Creationist in such a way that someone won't mistake for the genuine article. Poe... 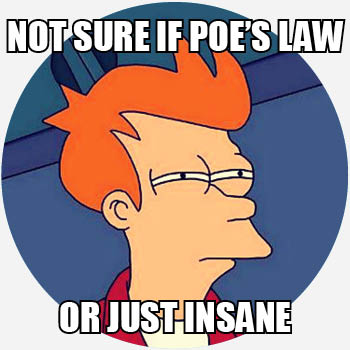 The photo showed everything that is wrong with this discussion

Just that photo should be enough to disqualify any decision taken by that body. Straight hypocrisy.
Do they really expect much respect for their decisions???

Has our denomination abandoned the Priesthood of ALL Believers?

Of course not!!!
PS- As long as the believers are ALL males, of course!!!

followers of Male Headship are spreading this idea.

Those people at Fulcrum7 are really committed to the headship cause. They are in the discrimination business, and enjoy lunacy. 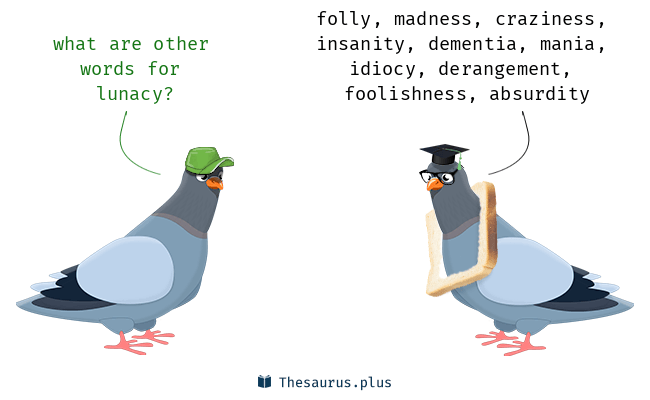 I am wondering if anybody actually changed their mind & vote at the last second because of the speakers? Seems highly unlikely.

Maybe instead they could publish a short newsletter with everybody’s opinion printed in several paragraphs and make it available.

Indeed, it is true that while God expects men to coorporate and follow His leading He will, in spite of our efforts to the contrary, still have ultimate outcome.

The Bible is rife with examples of this including Paul who, against the promptings of the Holy Spirit, chose to go to Jerusalem. His life and ministry were unnecessarily cut short and we should also take lessons from this and be sure we do not repeat mistakes of the past ourselves.

Now come on!! To be fair, how would women get to grow such magnificent 19th century facial hair?!!