The discovery of an early “viva-tonal recording” 78 rpm by Columbia Records, dated to at least 1926 and containing a song on each side: “On Jordan’s Stormy Banks We Stand” and “Take Thy Burden to the Lord,” was featured at a recent academic conference about “Worship and Music” at the Seventh-day Adventist Theological Seminary at Andrews University. The recording features a Black “Seventh Day Adventist Choir” from Atlanta, Georgia, along with a prayer by a certain Brother Hubbard. During the last two decades, this record sat in a climate-controlled space until recently conserved by the audio conservation lab at Baylor University. This recording—according to specialists—is believed to be the earliest Adventist recording of any kind extant, providing a historical window into Adventism’s musical past. The panel featured a wide range of experts who each with their expertise weighed in on the recording’s significance. “Each of us connects to music in different ways,” observed Dr. Jason Max Ferdinand, chair of the music department and director of the Aeolians at Oakwood University. He added, “I think it will be a beautiful thing as we collaborate to look at how it made people feel in that time and how it was put together.”

What’s fascinating to me is:

a) With the prayer at the beginning, it’s clear that these performers were not thinking in terms of radio airplay. That is, unless, at the time, radio stations played Black artists, and would accept, for broadcast, a record organized, or arranged, in that manner. If not, then perhaps they had other functional concerns at play.

a) the way they may have imagined their recording being used by listeners — perhaps as an opener, or maybe closer, of worship services, and that this affected

b) how that recording was arranged, in terms of its parts. 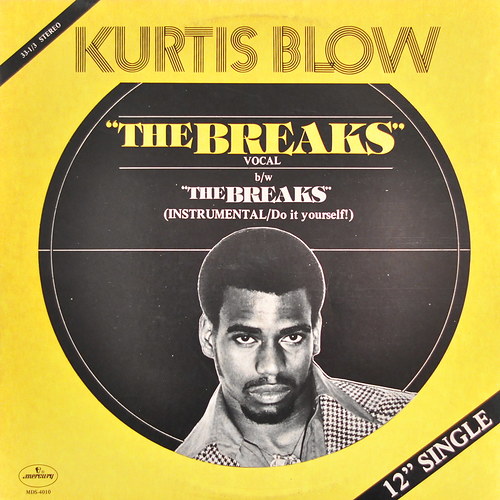 It kind of reminds me of the way hip-hop music’s first rap singles would contain both a vocal performance, and an instrumental one, of the featured track. This conformed to a way that the record’s makers imagined the artifact would be utilized.

Kurtis Blow’s 1980 “The Breaks” even had text, corresponding to the b-side, on the record sleeve, above, stating, somewhat conspiratorially, “(INSTRUMENTAL/Do it yourself!).”

In other words, this wasn’t just a record for you to play, but one for you to, also, do.