Editor’s Note: On October 17, 2019, the East Central Africa Division of the Seventh-day Adventist Church issued an official statement on the situation in Burundi. It follows in full below:

The Bravery of a Resistant and Resilient Seventh-day Adventist Community

With the complicity of local authorities, there seems to be a systematic wave of intimidation, harassment, and even imprisonment of Seventh-day Adventists. This initiative is an attempt to coerce Seventh-day Adventists in Burundi to accept a former leader who was removed from his position.

The horrific sight of a woman being dragged on the floor of a church has gone viral on the Internet, leaving no doubt as to the intent of these oppressors and their inhumane and evil treatment of human beings created in the image of God.

These recent actions show the world the level of moral degradation fostered by government interference in the internal affairs of the Seventh-day Adventist church and the support of the prerogatives embraced by an illegitimate leader and his associates. Selected churches have been targeted for weekly raids in an effort to intimidate members. The perpetrators of this emotional and physical abuse have invalidated any claim to acting justly due to their unfair and illegal behavior.

The contravention of biblical norms has led to the the theft of church resources and the violation of the international rights of the Seventh-day Adventist members who loyally support the global Church and the decisions of a duly-assigned administrative body comprised of members from 11 countries.

While the former leader and his supporters show no restraint, church members have chosen to remain loyal to God and His legitimate Church. They have refused to surrender to the whims of an illegitimate leader who acts with impunity in an attempt to force his way into leading God’s people. Moreover, no government granted immunity can provide the legitimacy or spiritual authority required to lead God’s church. The current usurpation of prerogatives in Burundi will not succeed. Loyal Seventh-day Adventist members are determined to remain faithful to God in the face of rampant intimidation and persecution.

The Convention against Torture and other Cruel, Inhumane and Degrading Treatment or Punishment was adopted by the UN General Assembly in 1987.

In spite of this important convention, 32 years later many countries and societies still struggle to implement its provisions. While designed to produce cruelty-free environments, in too many places violence remains the rule of the day.

We hope and pray that officials entrusted with the care of the people of Burundi will act to change the course of actions perpetrated against peaceful Seventh-day Adventists believers. What is being done to men and women seeking to exercise freedom of conscience and religion is preposterous and unjustifiable.

All Seventh-day Adventist believers, and all people of good will, are called to pray in opposition to the coercion and violation of the religious freedom preventing those in Burundi from worshipping according to the dictates of their conscience. No one should suffer because of his or her choice to support the decisions of the global Seventh-day Adventist Church.

May God continue to give courage to Seventh-day Adventists who resist intimidation, threats, harassment, humiliation, beatings, and imprisonment for the cause of God.

We do hope the evil actions perpetrated by these low-level officials who have lost their way because of corruption come to a swift end. We therefore call on the national governmental authorities to address these wrongs and restore the rule of law, protecting all citizens of Burundi. We request that no individual be empowered or permitted to use the police or the authority of the state as a private force to carry out unlawful actions against peaceful, law-abiding citizens who seek to worship freely.

This statement originally appeared on the East-Central Africa Division website. Image courtesy of the ECD.

Commentary: What Seventh-day Adventists Face in Burundi, May 17, 2019

This is a companion discussion topic for the original entry at http://spectrummagazine.org/node/9981
ProfessorKent (Jeffrey Kent) October 31, 2019, 9:11pm #2

If I may offer a suggestion: Perhaps the editors can add a brief note at the beginning describing the situation. For those of us outside of Burundi, it’s not clear anywhere in the article whether the “former leader” is a prior SDA Church leader who presumably carries considerable influence, a government official, or both. Certainly the violence portrayed is very disturbing. Wilson’s letter offers no further clarity.

I agree. I cannot make heads or tails of this. Who are the players? What are the issues? who is legitimate? What leader church or state? How did this all start?

How did this all start?

here’s a short summary that seems to make sense:

Wow!! This article sure puts a very different light on the somewhat confusing situation as portrayed by this statement and TW.

Sure does! Sounds like a hornets nest of corruption in the church.

one wonders at this amount of theft, whether people really expect to get away with it…i also wonder whether TW even knows any of these facts, or at least what seem to be plausible facts…

one thing is certain, if pastor barishinga was forcibly appointed to cover up his wife’s embezzlement of 200 BIF million (U.S. $10,800.00), and if the burundi government’s recognition of pastor ndikubwayo is simply part of its strategy to combat what amounts to actual crime, our church’s response needs to be entirely revamped…how can we possibly continue with evangelism in this part of the world with this stain to our name…

It seems to that GC leadership is more interested in maintaining church order with the outward appearance that no fault can be found within the church–rather than exposing internal corruption and abuse of religious offices.

Brother, after much “thinking &praying,” it was decided by the GC kommandature that you need to get a “warning” for your rebellious attitude. You are now on the black list of those church members who are not in compliance with what is expected from a loyal and supportive church member.

You’ve been warned! Watch out!!!

It seems to that GC leadership is more interested in maintaining church order with the outward appearance that no fault can be found within the church–rather than exposing internal corruption and abuse of religious offices.

it could also be that TW is seeking reelection in 2020, knows he needs africa’s help, and is therefore trying to avoid rocking the boat in this part of the world…

he may have always had this relationship with africa, for all we know…

It’s impossible for me to make heads or tails out of this situation no matter how many “press releases” are issued. There seem to be two sides to this story that sound plausible but I can’t parse the truth out of either one of them.

Wouldn’t it be refreshing to get an honest acknowledgement/accounting of things that go wrong, or correcting past errors in the SDA church? An honest approach to what is really going on? There is way too much obfuscation, shading the truth, or outright denials of really big problems. I don’t think that will ever really change.

Wouldn’t it be refreshing to get an honest acknowledgement/accounting of things that go wrong, or correcting past errors in the SDA church?

honesty is the most important thing, no question…the fact that we’re not seeing it suggests ulterior considerations, like a TW intent to keep africa on board during a reelection bid…

I think you are right, Jeremy…need to keep the voting block on board.

Thanks for this link. It is as I suspected-the SDA Church is trying to cover up the real story. There is a tremendous amount to this story. At least I can now begin to make some sense of it.

TW will loose for sure without the African vote. Sounds very suspicious to me. I don’t like the tactics on either side of this though. This is anything but Christian behavior.

God will have to clean up this mess.

what this account has going for it, in my view, is the fact that the East-Central Africa Division had no possible legitimate reason to oust ndikubwayo, given how well things were going, and the fact that his tenure had not been completed (if a division should even be appointing a pastor in the first place)…it also explains the extreme anger in the burundi church, which makes no sense if a normal election or selection resulted merely in someone who wasn’t their number 1 choice…i think it also places the burundi government in a relatively positive light because it shows that their concern has been law, order and crime, rather than some kind of cracking down on religious freedoms, which doesn’t make sense anyway, given that the vice president of burundi officiated at the launching of TMI in 1200 sites across burundi…

on the other hand, this account does make the GC, and in particular, TW look almost caricatural, which isn’t necessarily credulous, especially as it comes relatively shortly before what i think most people presume is TW’s reelection bid at indianapolis2020…also somewhat caricatural, it makes the ECD essentially complicit in crime…of course all of this could be true…but we could also be looking at retaliation for the no vote in san antonio by WO interests, if we wanted to use our imaginations in a conspiratorial way…

whatever the truth is, we are almost certainly witnessing extreme politicking going on in the african church: either TW is looking the other way at atrocious crime in order to secure a reelection bid, or someone is going to extreme lengths to discredit him and a major division in africa…as you say, all of this is anything but christian behaviour…

this account does make the GC, and in particular, TW look almost caricatural,

I think that one problem is that the GC is geographically way too far from its best/stronger supporters. I propose, again, that the GC be moved to Africa, maybe to this town: 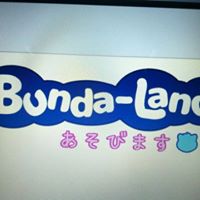 Bunda is one of the seven districts of Mara Region in the United Republic of Tanzania, East Africa. It is bordered to the north by the Musoma Rural District and Butiama District, to the east by Serengeti District, to the south by Bariadi District and Busega District, and to the west by Lake Victoria. The district administration town is also called Bunda, located on the north-south trans-national all tarmac highway from Kenya to Zambia via Tarime and the lakeside municipalities of Musoma, Mwanza, ...