A Brief Reflection on the Sabbath Sermon

Somewhat in line with his administrative legacy, Ted Wilson models a distinctive homiletical style that feels more like a string of fine points than broad concepts. For over 70 minutes during the 2022 GC Session, he preached a 25-point sermon titled “Hold Fast What You Have.” During the last dozen years or so, the titles of GC Session and Annual Council Sabbath sermons appear interchangeable, as they often have little to do with that day’s details. This Sabbath’s message, “Repairers of the Breach—God’s End-Time People,” aggregated Scripture texts and Ellen G. White quotes (and several compilation recommendations) for one hour and 11 minutes to ultimately encourage comprehensive health evangelism. At times, an ideological tension emerged in Wilson’s discourse. While emphasizing the need to help humans physically, emotionally, socially, and spiritually, Wilson also warned against the Social Gospel. Encyclopedia Britannica defines the Social Gospel as a “religious social reform movement prominent in the United States from about 1870 to 1920. Advocates of the movement interpreted the kingdom of God as requiring social as well as individual salvation and sought the betterment of industrialized society through application of the biblical principles of charity and justice.”

This is a companion discussion topic for the original entry at http://spectrummagazine.org/node/12026
bigtomwoodcutter (Tom Loop) October 12, 2022, 1:34am #2

I guess TW wants the church to have a different, more specific meaning of “least of these”…

“Least” is comparative, which means whatever crowd you are in there will always be a “least of these”.

“There is good balance that needs to take place between academia and those who are, in addition to academia, in charge of scholastic levels of achievement and objectives. And it is with full intentionality that these administrators are now on this board. I will not comment further. But we intend to have a very robust emphasis on making AAA truly the highest standard possible. Inclusion of some of these administrators is going to help in doing that.”

The amount of distrust against those working in the field of education is absolutely appaling, even outrageous.

Education is being redefined not as something that is offered to this world, (or to the church), but as a tool to control and streamline its members into uniformity, in the vain hope it will make them a better army to recruit new members. 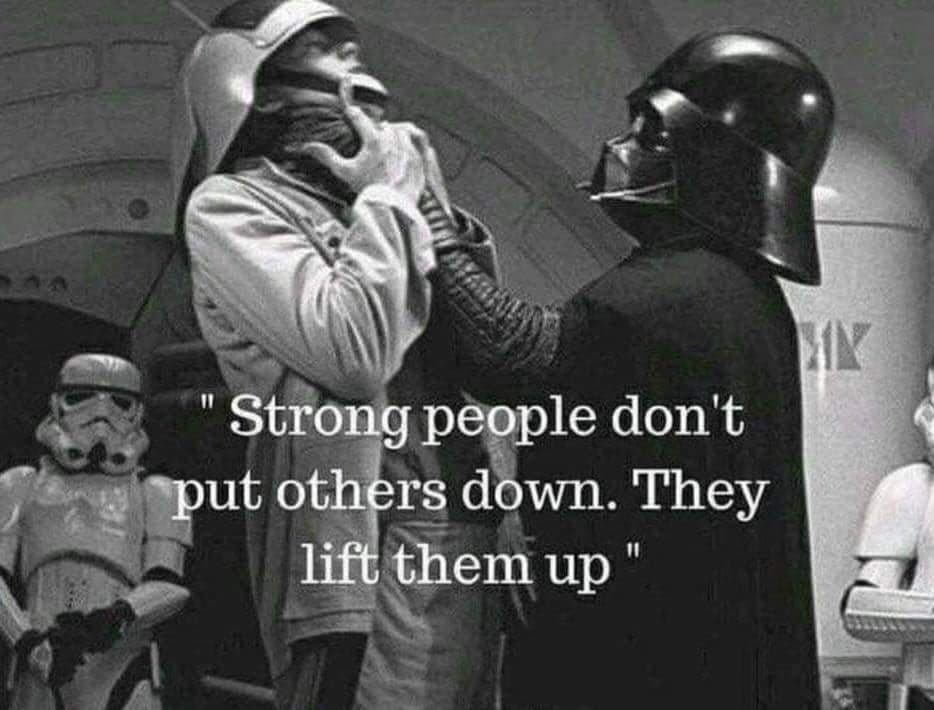 I can’t speak for any of the thousands of other who’ve left but I did so when I became convinced that EGW’s version of the gospel was, and is, bad news!

A nod to Spectrum for correctly calling Justin Kim as the new AR editor. I wonder that sticks a fork in the inVerse quarterly (not that it matters much, if barely anyone is using it).

It continues to amaze me that 80% of related entities have financial policy violations over and over. It’s in every single AC report. And yet, an institution with nine-figure revenue looks at this and says, “eh, what are you gonna do.”

Education is being redefined not as something that is offered to this world, (or to the church), but as a tool to control and streamline its members into uniformity, in the vain hope it will make them a better army to recruit new members.

I attended SAU, and it was a mistake. I’d been an SDA my whole life, but I hadn’t gone to an academy. The faculty did their best, but the other students and the admins treated me like some kind of leper. The last thing that system needs is even more inbreeding of thought.

You can tell it’s controversial though. Only 85% of the rubber stamps voted for it, instead of the usual 98%.

The amount of distrust against those working in the field of education is absolutely appalling, even outrageous.

Oh, Andreas, don’t be so harsh on your Church… Be glad that the “administrators” are actually so kind in allowing at least a few educators to be part of the AAA…

It’s not only outrageous, it’s a disaster. Administrators? Hmmmm, do they actually have a DEGREE in administration? Usually not, usually they are mere adventurers in the field. So they didn’t become either theologians or educators, they become “administrators” and want to be above everyone else. In this case, there is nothing that could be more offensive to the real educators in the field. Baffling!

Expect a purge in the Adventist Universities. There will be a true “Ted Taliban Inquisition,” followed by a “witch hunt,” and at the ene the “expulsion of the infidels!:” Doesn’t it sound like a “Christian plan of action”???

It’s all very interesting. The TT administration want to make educational decisions w/o educators, mental health decisions w/o MH professionals, decisions about women w/o women’s input, theological decisions w/o theologians, ban science w/o listening to Scientists, and so on. It goes back to what I have been saying for so many years: Get rid of the (totally irrelevant) GC and all those ridiculous problems will just magically disappear!

The last thing that system needs is even more inbreeding of thought.

I respectfully disagree. Once the goal is well defined, it’s imperative that the right/effective tools are used to reach the goal.

In this case, the obvious goal is to exert full control of the members’ minds by utiliZing whatever brainwashing tools may be available. Therefore, from the “black-suited guys upstairs” perspective, they have to utiliZe the correct manipulative tools. As they are doing!

ban science w/o listening to Scientists

Oh, but George, they do have scientists, even geologists, who can prove, using geology, that there was a worldwide flood and that the earth is just 6,000 years old. What are you talking about?

Oh, but George, they do have scientists, even geologists, who can prove, using geology, that there was a worldwide flood and that the earth is just 6,000 years old. 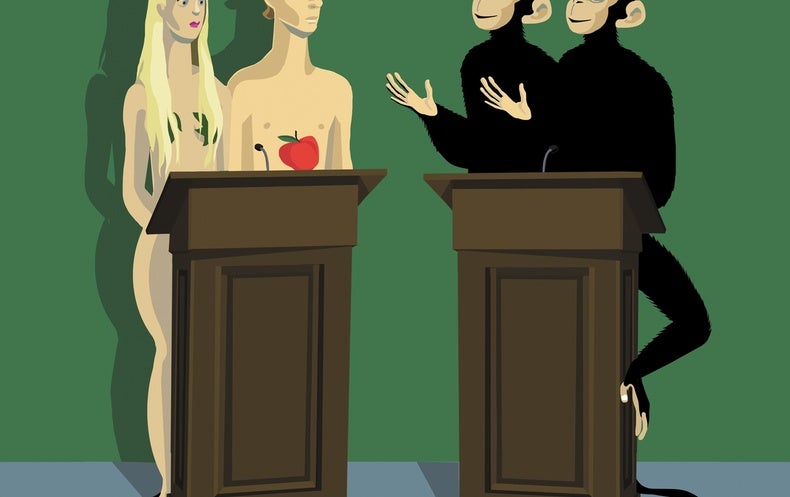 Opponents of evolution want to make a place for creationism by tearing down real science, but their arguments don't hold up

Do I sense some doubt on your part?

I have always advocated an open look from both sides. If students never do that, how can they ever hope to defend a view that has never been properly evaluated. As a part of that I have students read this: Science, Evolution, and Creationism |The National Academies Press It is longer and more involved than the SciAm article, giving more space to present ample data.

It is not my place as an educator to tell my students what they must believe. I would feel equally wrong telling them they must come to YEC conclusions as I would telling them they must accept all the conclusions of evolutionary biology. For most people it takes time to sift and weigh the information and they need to do that at their own pace. Many of my students will continue to hold YEC views, for which I neither praise nor criticize them. When they are done with my classes at least they have been exposed to real scientific data presented as objectively as possible in a religiously based context.

Ted Wilson is mistaken in thinking that he can achieve his desired ends by packing AAA with his chosen church administrators and jiggering the vote. In reality, what he has done is denude AAA of all authority and credibility. In order for AAA to be authoritative and credible, it needs to be composed of scholars and educators rather than church bureaucrats. In any future showdown between AAA and any one of our colleges and universities, AAA will lose. Votes and condign power in general do not matter; what matters is truth. The formalist Wilson has never understood this. No doubt he remains astonished that SDA women continue to be ordained as ministers despite the San Antonio vote in 2015.

For most people it takes time to sift and weigh the information and they need to do that at their own pace.

This rings true in my own case, Bryan.

After being out of the country for nearly a year, I returned to find my mother, a second generation Adventist, questioning biblical inerrancy.

Of course, being third generation myself, I was aghast and argued vehemently against such heresy.

About the same time, I had an ongoing debate with my bother-in-law’s bother who claimed that just as mice exhibit same-sex attraction in certain circumstances, homosexuality in humans was only natural and certainly not a moral decision. Of course, as he was a non-SDA, his rhetoric was easily dismissed when I “proof texted” him from scripture.

During this period, and at about the age of 23-24, I also started reading non-SDA books; The People of the Lie, The Tao of Physics, The Book by Alan Watts. The Lazy Man’s Guide to Enlightenment, etc.

All of which culminated some years later in my decision to move forward and away from Adventism.

But again, the point is that this change was a slow process and not one arrived at “in the twinkling of an eye” or during an “altar call” at the end of week-long Daniel and The Revelation Seminar!

Fakenes has been infiltrated everywhere…

In any future showdown between AAA and any one of our colleges and universities, AAA will lose.

there may be a question of whether GC-owned operations like Loma Linda University and Andrews University can really evade a GC edict requiring SDA teachings on Creation or LGBT, for example…i do think these are the issues driving the change in AAA administration…

but i’m not so sure that the average church member is eager to see the equivalent of the compliance committees from a few yrs ago launched against our premier institutions, even if they do end up going nowhere…i think we all just want to put San Antonio behind us, and move on…

Any push towards solus SDA interpretations of science (YEC) or anti-LGBTQ+ stance at our institutions of “higher” learning will run the real risk of accreditation, which will surely sound the death knell for the whole education system. The schools and academies will have no students if there is not the option of a college or university down the track.

Perhaps the actions and warnings of TW now are so he can say “I told you so” later.

Any push towards solus SDA interpretations of science (YEC) or anti-LGBTQ+ stance at our institutions of “higher” learning will run the real risk of accreditation, which will surely sound the death knell for the whole education system.

Other than the fact that @bness and his colleagues will be forced to find different-and perhaps less morally or scientifically compromising places to work-please explain how this is would be a bad thing?!?!

The answer to that depends on if you are in Ted’s tribe or not.