Approval to amend the General Conference Constitution was voted by the GC Executive Committee October 7, 2020. The voted amendment will allow delegates to participate electronically in the next GC Session now scheduled to take place in May 2021:

“Delegates may participate in a regular or specially called General Conference Session by means of an electronic conference or similar communications by which all persons participating can hear each other at the same time, and participation by such means shall constitute presence in person and attendance at such a meeting. Votes cast remotely shall have the same validity as if the delegates met and voted onsite.”

The approved action will have to be voted again at the Session itself, because changes to the constitution require a two-thirds vote at a General Conference Session. Another amendment was approved that would allow for committees of the Executive Committee, including the Nominating Committee, to also function electronically.

In his introduction to the agenda item, GC President Ted N. C. Wilson said that it is probable not every delegate will be able to personally attend the May 2021 Session in Indianapolis. One-third of the delegates are required to be in attendance, according to the Constitution, he noted. That means of the 2,713 delegates, 905 need to be present to conduct business.

With this amendment approved, the discussion about whether or not to again postpone the Session, given the current COVID-19 situation worldwide, might go differently when it is addressed later on the agenda.

This amendment vote was the first significant business action of the Annual Council meeting that opened Oct. 6. “Election Buddy” was the system used for the vote, and it was introduced with fanfare by Hensley Moorooven, undersecretary of the General Conference. He described it as a well-tested platform used by industry and both the Republican and Democratic political parties. Executive Committee members were assured that all votes were anonymous. No one would be able to know how someone else voted. Voting twice is not possible with this system that the General Conference Auditor Paul Douglas said had been tested and proved to be very secure. Ballots are only sent to Executive Committee members. Invitees to the meeting do not get to the vote.

General Conference Secretary G. T. Ng and his associates presented the morning’s other business item, the Secretary’s Report. Ng began by expressing his gratitude that God is alive, that he himself is alive and that the church is alive. He also noted that he was speaking live — not on prerecorded video. It was a smile-worthy note during this Zoom-call meeting. Ng, known for his great sense of humor, then proceeded to tell a joke that began with the question, “What is going to be the language of Heaven?” French — the language of love? Spanish — that prepares you for heaven? English — the lingua franca of the world? The joke involved the story of an old man going to a Jewish Seminary to study Hebrew. When asked why he wanted to learn Hebrew, he replied that as a Christian who planned to go to Heaven he thought it would be helpful. When asked what would happen if he went to the “hot place” he replied that would be okay, because he already knew English. On Zoom, there was only silence after the punchline, not the usual laughter that would fill the room with good cheer had the committee been together in person.

For illustration purposes, he said if the “Adventist Village” had 100 people, 41 would be Africans, 30 would be Latin Americans, 19 would be Asians, 6 would be North Americans, 3 would be Oceanians, and 1 European. He claimed that Seventh-day Adventists are the most international church in the world with members in 213 of the 235 nations listed by the United Nations.

David Trim, director of the GC Office of Archives, Statistics, and Research, gave the yearly statistical report and focused on two trends that he said needed to be overcome: the attrition and loss rate, and the leveling off of the growth rate. The church now has 65 years of numbers on its losses in membership. Since 1965, it has lost 16,240,069. Our success in soul winning is declining, we are not having the evangelism successes of the past. “Have we taken our growth for granted? He asked. Are we training our members? He closed with an endorsement of wholistic discipleship that nurtures and equips members. “We need our congregations to be more successful,” he said. His entire report can be viewed by clicking here.

In the mission portion of the Secretary’s Report, Fylvia Fowler Kline described the services offered by the Vivid Faith Department that not only coordinates volunteer service opportunities but works with all levels of the church to turn their strengths into projects. For the Maritime Conference that has a small number of members in a large geographical area, they helped the conference turn the internet into a full-time ministry to connect members with their communities. In the West Central Africa Division where 47% of the people are Muslim, the Division decided to partner with other institutions in the area such as a Bible organization to help strengthen their outreach. At Colombia Adventist University, brainstorming with Vivid Faith led to English programs for remote areas, also an international music festival, and book clubs in the cities.

The meeting ended as it began — with a season of prayer. It will reconvene each day (except Friday) for the next week with a worship service on Sabbath, and for business meetings via an international Zoom call that is being live-streamed on the Executive Committee’s website.

Find more information on the live stream schedule and agenda by clicking here.

This is a companion discussion topic for the original entry at http://spectrummagazine.org/node/10772
2 Likes
GeorgeTichy (George Tichy) October 9, 2020, 1:48pm #2

I wonder how politicking is done during these “Covid Days.” Using zoom at least can save $ since trips and hotels around the world don’t have to be booked anymore… Now all the work can all be done from the comfort of the GC offices, or even from home…

Since 1965, it has lost 16,240,069. Our success in soul winning is declining, we are not having the evangelism successes of the past. “Have we taken our growth for granted?

I think it would be very telling to perform a survey designed to capture the reasons for this of those former members. It would reveal a lot of useful and probably uncomfortable root cause issues. I think it would be useful for the church to face itself squarely and accept feedback so it can grow to the next level.

I’m surprised the GC nominating committee has not decided to annoint TW President of GC for life. He won’t refuse, he has the votes and then get rid of the GC conference session for life and zoom all meetings. Continue to stifle the WO but allow accounting mismanagement at the SID.

Can you imagine voting from distance: All zoom unskilled delegates can easily delegate their vote to those skilled. Those skilled are their presidents and other trustworthy “election buddies”. Maybe I tend to be like Trump, too suspicious for new ways and methods, but the fact is that the voting trickery should never be underestimated.

I sure hear you Tihomir. My concern goes even beyond that, it is with the honesty in counting the votes. IOW, concern with fraud; especially if the people in charge of counting will be from the SID…

A lot of people leave because of the doctrines, but the SDA church will never admit that…at least they haven’t so far. I mentioned this to Monte Sahlin on Adventist Today a few months ago. I don’t remember his exact words, but he wasn’t believing that was much of an issue. Okay…

Why do you think so many people leave? Do you have many (or lots) of friends, classmates, or acquaintances who have left? What has been your experience with this issue.

" Our success in soul winning is declining, we are not having the evangelism successes of the past."

Surprised there has been little talk about this! More Sda’s means more ‘evangelism success’ ? Really? That is what evangelism is all about? Knock, knock, is anybody home? Did they really go on record with such a statement?

This has been done very carefully with fascinating results by the same acclaimed statistician pastor Ng. See: (well, I tried to post a helpful link, but am not permitted). 2015 report. Just for the record and to feel a little less badly, the Mormons are experiencing the same phenomena. See: (tried again, and, yes, again). They have suffered similar demographic losses. Journalist Jan Riess - herself a Mormon, in her 2019 book The New Mormons documents with concern the same secularization of the Millenials and the adoption of “tolerance” as a cardinal virtue. The shameful manner in which fossilized institutions of the past treat gays, racial minorities, and women will continue to insure the fastest growing “religious” preference among North Americans is “none.”

“We need our congregations to be more successful,” he [Trim] said."

That’s almost funny. The focus of the church bureaucracy is nearly exclusively everywhere but the congregations. Colleges, universities, miscellaneous ministries, publishing houses, and most of all the bureaucracy itself. That is where the focus is. Bureaucracies take an enormous amount of care and feeding just to keep them going, without any outward focus. Who has time for a congregation when there is a serpentine organization to manage? Probably the place in the church where there is truly focus on congregations is the conference ministerial executive.

The primary role of the congregation in the eyes of the bureaucracy? Send tithe. If the tithe rolls in, everyone is happy. Just notice the official church publications sometime when economic times are hard. They will gush about how faithful the members are that tithe is staying strong, or tithe is only down a little bit, or some such commentary. Never mind what might be happening to the operation of the local church, as long as the tithe comes, we’re happy! If keeping some tithe money would ease the stress of the local church, too bad. “You are obligated to send it. As long as we are whole in the bureaucracy, it’s cool.”

If the Church - whoever that is - were serious about the success of congregations, there would be some serious restructuring and rethinking.

The primary role of the congregation in the eyes of the bureaucracy? Send tithe. If the tithe rolls in, everyone is happy. 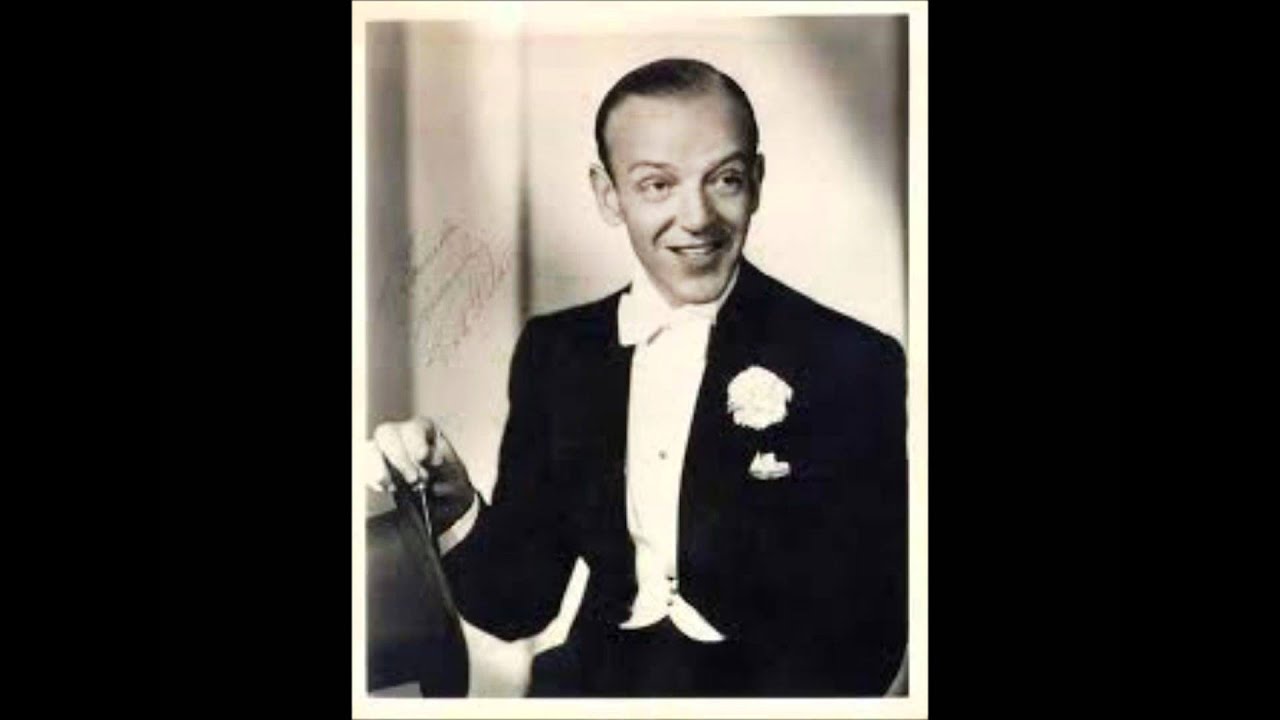