Ella May Hartlein, Credited With the Invention of the Haystack, Dies at 98 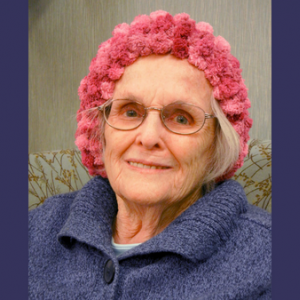 Ella May Hartlein, who for years worked alongside her husband in Adventist academies across the United States, passed away on Saturday morning, June 30, 2018, at the age of 98. Mrs. Hartlein is credited with the invention of the haystack, a dish popular in Seventh-day Adventist church communal and home gatherings across North America and elsewhere. The story below is adapted from an article published in the Adventist Review on November 26, 2009, telling the story of Hartlein’s fortuitous and consequential invention. —Adventist Review Editors

In the early 1950s, Ella May Hartlein and her husband lived at Arizona Academy (before it became known as Thunderbird Academy), where Mr. Hartlein was dean of boys. The young family enjoyed dining out at a local Mexican restaurant, and they were fans of the tostadas. Before long the Hartleins moved to Idaho, then on to Iowa, serving at an academy there. With a clear shortage of Mexican restaurants in those locales, the Hartleins missed their beloved tostadas.

One of the faculty members was approached by the local newspaper to share recipes from the faculty women for a small feature article. When the recipes were turned in, a concoction of chips, beans, cheese, and vegetables was labeled “Hartlein Special,” for Ella May. From there the dish went forth, though it is unclear when people began referring to it as a “haystack.”

Many years later, when a local pastor first came to Sligo Seventh-day Adventist Church in Takoma Park, Maryland, where Mrs. Hartlein was a member, she introduced herself to him. He immediately asked, “Are you connected with Hartlein Special?” The dish and its fame have gone far and wide. Known today as the haystack, it is loved the world over by many.

This is a companion discussion topic for the original entry at http://spectrummagazine.org/node/8865
1 Like
sufferingsunfish (Interested Friend) July 4, 2018, 12:52am #2

I remember the lady but never heard of haystacks until years after I attended then Washington Missionary College. At the time Ella May was a supervisory teacher for students who aspired to be elementary school teachers.

It was evident to me that she was a lady in charge! Ray, her husband was actually a college junior when I was there. He had a job as maybe associate dean of men as he had charge of one of the men’s dormitory.

I’m not refuting the story; however, neither my wife nor I recall any of the appellations cited for this popular dish nor even of its existence until years later.

The article FAILED to Mention that Haystacks are a TRADITION on Pathfinder Camp-outs!!
Academies.
Church potlucks.
On the 4th Sabbath our church group takes food to the park for the homeless after church.
A number of “homeless” have told me [I see them during the week] they enjoy that “chip” and
and bean dish when it is offered.

…Now Haystacks really are something to be proud of…there’s not a whole lot else left, is there?!!

there’s not a whole lot else left, is there?!!

Not according to several active Spectrumites.

When I first read the title of this story I thought it was another of the satirical pieces from Barely Adventist. I like an occasional personal interest story thrown in with the sometimes painfully earnest theological articles. About those I sometimes think of A.E. Housman’s poem about drinking, from The Shropshire Lad in which he says, “And malt does more than Milton can / To justify God’s ways to man.”

I thought you were a Spectrumite. I see your posts here quite frequently. So I’ll assume you are speaking of yourself as well.

I always wonder why we have a different name for “taco salad” or “tostada” than the rest of the planet. Now I know. I think I will start calling haystacks by their original name, the “Hartlein Special”, just to see how many people in my circle have read this article. By the way, when there is a church gathering, I will take the “Hartlein Special” over pizza and salad any day. RIP, Ella May, may we all make it to 98 on haystacks!

(edit) An online perusal of the word, “haystack” revealed similar dishes in Amish(Mennonite) and Mormon culture. The Wikipedia article reports the term to be at least 60 years old as it relates to “assemble-it-yourself” church dinners.

One who reads and posts on the Spectrum website and expresses his or her views is a Spectrumite. You, John have been doing this for years albeit under differing names.

You, John have been doing this for years albeit under differing names.

My name is not John and I am not in agreement with your definition of Spectrumite.

That’s the beauty of Spectrum. You are free to disagree. Give us your definition of a “Spectrumite.” Spectrum has no creed to sign, no list. It is marked by a vast “spectrum of viewpoints,” including yours.