Faith in Numbers: How TV Viewership Correlates with Religious Faith

Fox News is must-watch for white evangelicals, a turnoff for atheists...and Hindus, Muslims really like CNN

Such a shame that a large class view Fox with trust, which is nothing more than a propaganda machine. If Muslims watch CNN to a large degree, they must see the balance that it offers, especially since their vision is not tainted with fables such as ‘rapture’, the dead knowing everything while strumming harps, and the false Sunday worship. MSNBC no doubt is a great counter punch to the conspiricies offered by Fox. Most of us can agree that Fox helped to incite and now defends the Jan 6. insurrection! Fascism comes to us ‘holding a cross, wrapped in the flag’.

23 percent of Republicans, including many Seventh-day Adventists, are cult believers of the QAnon conspiracy theory. The overwhelming majority of Republicans, including many Seventh-day Adventists, subscribe to other loony conspiracy theories. In the old days, we could disfellowship dangerous crackpots such as David Koresh. Today, church discipline is no longer a viable tool for dealing with crackpots. Consequently, the writers and commentators at fulcrum7 are allowed free reign to disseminate their derangement and poison while the rest of us either gawk in incredulity or avert our eyes.

What can be done? I have had long and painful conversations with Donald Trump supporters, who resist the necessary realization that their support of him constitutes apostasy from biblical Christianity. All pastoral candidates should be carefully interviewed to determine if they are grounded in factual reality. We should continue to shun fulcrum7 and other offshoots. Andrews University, as the most important guardian of Seventh-day Adventism in the history of our faith community, must remain vigilant regarding who is invited to speak on campus. There is another church venue down the road outside the perimeter of Andrews University where crackpots can go and sell their wares. Adventist Review must also remain a light, especially to a GC that has occasionally struggled to maintain high standards.

I remain largely pessimistic, as Jesus does not reveal in Matthew 24:24 what can be done, if anything, to restore the very elect who have been deceived.

None of this surprises me. It is too bad that there isn’t statistics showing the IQ level of the various viewers of the news networks. You would find FOX would have a very strong showing of people with IQ’s less than average. As it is, there are demographics based on educational attainment levels, which doesn’t always tell the same story, but which absolutely puts FOX news majority of views in the high school graduate or high school dropout category while all of the other networks score dramatically more college grads and a huge bump in people with advanced degrees. This is well documented so don’t try and say it isn’t true, because it is. This demographic breakdown does exist. And it follows the same trends as who votes for Republicans vs Democrats.

It is perplexing in a large sense, as the very people who are being harmed by the economic policies that are espoused by the commentators on FOX news, are the very ones who watch that channel the most. FOX is, in large part, to blame for the tremendous disparity between the very rich (1%) and the middle class. Today, about a third of the adult population in this country have to work more than one job just to pay the bills. You must ask yourself, if two people who spend 8 hours of their day working and one who sits behind a desk and “manages” a business is worth hundreds of times more than someone else who works a manual labor job the same 8 hours and can’t make enough to pay the rent, food and medical expenses, is equitable? It is a reasonable question. It also is a moral and religious question which was addressed by Jesus at the end of Matt 25.

FOX has helped cobble together people who would otherwise have little to do with each other. They have the “right to life” people who are where the bulk of their religious viewers come from. The gun owners, who under most circumstances, are probably not religious, the QAnon people who are conspiracy theorists, who really don’t belong in any group, and the climate deniers, who are perfectly willing to destroy the planet, which is God’s creation. You might want to look at Rev 11:18. All of these people are captive to the wealthy corporations who only want to pay minimum wage and no full time employment so they don’t even have to pay benefits. Together, this tattered collection make up the bulk of FOX viewership.

Even if you did an income disparity survey of who watches what news network. FOX would have the lowest income levels. It might cause someone to rethink what group they want to be a part of.

Oh man lol… You people for real. These comments remind me of that Jewish prayer: “I thank-you God I wasn’t born a goy, a slave or a woman.”

Now we have: “I thank-you God I wasn’t born as someone who watches Fox. I trust CNN .”

After what we witnessed between 2016-2020 at how garbage the corporate media in the US is (A sophisticated system of propaganda that pretends it’s not) it would take a special kind of person to believe that CNN, NBC, MSNBC etc, are a legitimate source of information, while at the same time mocking those who watch Fox…

It’ amazing how you can possibly think that all of these independent networks collaborate to tell the same story, which you seem to think is a lie. CNN, NBC, CBS, ABC, PBS are all in this together right?

Only FOX, the same network that owns the horrible rags that are published in Great Britten, with stuff that they pull out of a dark place in their bodies, is ok, but every network in this county except Murdock’s is all part of a big conspiracy. I would have thought you must be sick of cool-aid by now.

I would have thought you must be sick of cool-aid by now.

That seems to be the go to line now days. Let me make it clear: Neither do I trust everything Fox says either. Good try, though.

which you seem to think is a lie.

I never said everything they say is a lie. And most Americans would agree with me. 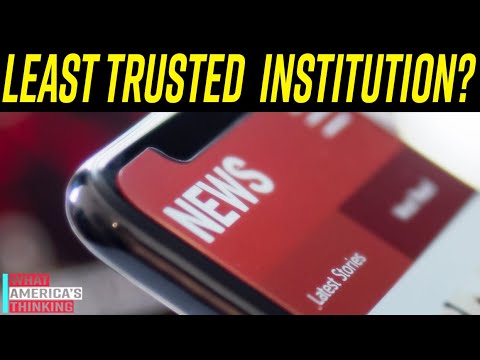