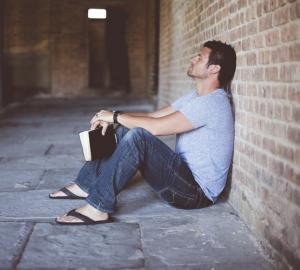 I try not to live in an echo chamber. That is, I try to listen to a diversity of beliefs—even and especially those I disagree with. But despite my best efforts, I seem to have been blithely unaware of the persistence of one issue. I thought it had died unceremoniously; but the past few weeks have shown that this “controversial” topic is as fervent as ever. That is church dress. Quite recently, I’ve seen an uptick in postings amongst individuals and in groups about the “proper church attire” for Divine Worship. It’s not that I believed no one cared at all—but I thought it stopped being a raging debate that had gone the way of the dodo and the argument about whether having song lyrics on screens is less holy than just using hymnals (for all I know, this too may still have underground pockets of contention). I believed we had all reached the understanding that what you wear to church isn’t nearly as important as worshipping God in the fellowship of believers. Come as you are—just come! Silly me.

Even if you still put a premium on what you wear (for whatever the reason; and I’ve heard it all, including comparing Jesus to Queen Elizabeth, comparing the church building to the White House, and comparing church attire to the widow’s mite), one would think the singular thing we would all be able to agree on is that church clothes are not as important as your salvation. A colleague wrote a social media post stating this fact, and you would have thought he had stated that Judas was a very fine person! Debate ensued where people were unwilling to concede even that basic point. Some went so far as to argue that clothes were a signal of virtue and only those yet to be truly converted would dress below a certain standard (who the bearer of this standard is is still a mystery). There’s nothing biblical (neither explicitly stated nor implied) that would lead one to such conclusions. In fact, quite the opposite. Samuel mistakenly believed David’s older brothers to be “king material” because of their outward appearance until the Lord reminded him that, unlike man, God looks at the heart.

I wouldn’t have been too concerned if my friend’s social media thread had been a “one off”. But I saw the issue crop up in various Adventist discussion groups and even in a forum with ministers.Maybe there is a cycle where, every so often, the issue dies down only to become a “hot button” topic again some time later. Or maybe the issue has always been lurking and I’ve been paying attention to other things. But one thing is for sure, we need to get over our preoccupation with keeping up appearances. And I don’t just mean physical attributes.

We as a church ought to be a welcome respite from a society that values keeping up with the Joneses (or Kardashians). Yet we fall into the same traps. Of course, tearing ourselves away from this detrimental habit is easier said than done. After all, this isn’t just a 21st century problem, it was a 1st century problem too! Ananias and Sapphira should have been a cautionary tale against prioritizing the need to impress others. Yet we continue this pattern to our own detriment. While it can be tempting to dismiss their story in Acts 5 as a bit of an outlier in terms of consequences, I beg to differ. Even today people are literally dying because of their need to live a life of façade.

We recently found out about designer Kate Spade’s tragic suicide. One of her sisters disclosed to news sources that her death was devastating but somewhat unsurprising. According to her sister, Kate struggled with some form of a mood disorder for several years. On multiple occasions, Kate’s sister had urged her to get treatment at a residential mental health facility. Several times she was almost successful. Almost. They would get to the point of Kate having her bags packed when she was overtaken by the dread of what other people might think. Deterred by this, Kate never got the help she so desperately needed…help that could’ve saved her life. Our congregations are full of Kate’s who are dealing with depression, anxiety, psychosis, abuse, and a host of other issues, while they smile brightly in beautiful, fashionable clothes.

We may think that such situations around mental illness or abuse are totally unrelated to judgment about dress, but it is all part and parcel of a mindset that permeates our church. We have created an expectation that appearance is tantamount. I guarantee that if you take an informal poll of people you know who no longer attend church, you’ll find a large portion of them stay away for fear of being judged. It may be about their clothes, their present circumstances, their illnesses…whatever. That’s why so many of our sanctuaries are only fractionally full. We should be eager to have folks fill our pews, not drive them away! We have to create atmospheres where people who come don’t feel pressured to meet some arbitrary standard of perfection that we have set. People shouldn’t feel compelled to pretty up their wardrobe or their lives to our satisfaction prior to coming to church.

Any time we put out the clarion call for people to simply “come as you are”, inevitably someone feels the urge to add “but”. “But don’t stay as you are!”; or “but make sure you’re still doing your best!”; or some other qualifying phrase. I implore you to suppress that urge. Just like we don’t set standards for appearance, we don’t set Divine timetables for change. Let’s beckon people to simply “come”. Come as you are—just come!

Courtney Ray, MDiv, PhD is a clinical psychologist and ordained minister of the Seventh-day Adventist Church.

Previous Spectrum columns by Courtney Ray can be found at: https://spectrummagazine.org/authors/courtney-ray

Keeping up appearances… one of the hallmarks of a dysfunctional family. Meanwhile, good 12 step groups simply welcome people, don’t say a word about appearances, and they get well. Maybe we have something to learn?

In all my years as an Adventist I, like you thought this reaction was done and forgotten. Sorry to say we still have churches where appearance and conformity are the norm. I now belong to a “liberal” church. We worship with the hymns and gospel songs on the screen, we have meat at our potlucks, brought by some folk who aren’t vegetarian, we serve coffee and tea. As I look around at our congregation I see various types of dress. None of this detracts from worshipping God. Most of our members think it is more important to be there on Sabbath morning to gain a blessing than to stay home and not worship at all. Growing up in a conservative church slacks were forbidden as was the color red. (Another problem the church faced way back when.) I also had an elder tell me, as a teenager, I should wear stockings to church. Several years ago in another church we couldn’t wear wedding rings and hold a church office. One preacher told me my dress was very risqué. I did get angry at the time but when I thought about it I decided I would still attend the church of my choice and let no man keep me from worshipping God. I am still a member of the Adventist church and do not regret what happened in the past. I feel it has made me stronger in my faith.

There used to be a time, up until about 9 years ago when I WOULD NOT attend church
at 11am without my tie and sport coat.
Now I do wear a nice shirt, slacks, dress shoes. But no tie-coat unless I am playing the
organ for church, or “up front” for some other reason.
I haven’t got to the point where I would wear dress shorts, no socks, and flip-flops yet.
Nor wear blue jeans at this point.
But I think it ought to be OK to welcome anyone who did.
Same with feminine attire – not have “police” at the door.
Nor make a to-do over make-up, jewelry, dress length, or EVEN Tattoos.

Not everyone in our SDA community are Vegies. A number enjoy fishing, and not throwing
them back in, unless it is on the grill. Others do enjoy their beef.
However, for pot lucks, everyone does bring vegetarian foods.
If some one brought a meat dish, I believe 100% would not want to be singled out as
a NON-VEGETARIAN. So no matter how MUCH they would like some, would pass it up
because of PEER PRESSURE.

Once a month the group provides a pot-luck meal for the homeless in town under the
railroad bridge. I have seen Fried Chicken, seen meat sauce with spaghetti, and also
vege-meat with spaghetti at the same meal.

Thanks for this article saying what I’m often thinking!

Being a very “progressive” Adventist, I understand and embrace the desire to make church a welcoming place. I live where it is quite hot in the summer, so I’ve become comfortable with wearing “dressy casual” clothes to church (slacks, not jeans, and a shirt without a bold print). That’s my choice. That seems to have become common at my church.

I still can’t come to terms with the idea, though, that we need to take less care in the appropriateness of our appearance when we come before God than we would if we had an appointment for a professional job interview or a meeting with an important person.

When faith and fragility is not understood, we have a problem. For many women, which I am not, they are the abuse of the the town. Either their clothing is too long or to risque, never a equilibrium to be found. They all this is done by another who assumes what is required as acceptible To God, and many women have been physically abused to conform to a dress code, is done in the name of God. Also , many don’t give themselves over to help, because it is God testing them, and purifying there mind. We need to change, to allow all that is good in God to be seen.

Peter –
In Christianity [not just SDA] there are different perceptions as to WHAT
assists with preparing for participating in a Religious Activity – in this
case either Saturday or Sunday “Church”
Some “feel” that clothed and shoed in “going out for entertainment”
helps them to prepare their mental thoughts for “meeting God”.
Others “feel” they don’t necessarily NEED particular clothing or foot
wear to be in the mental mood to meditate and “meet God” in community.

SDAs have been Programmed for many, many DECADES to Judge others.
It is Part of the DNA of Seventh day Adventism. And is TRANSFERRED
from Pastor to pew member through our “religious classes” for prospective
new members.
So new members are taught to “look around” to see who is the “Real” SDA
and who is the “not really.”
At least in my SDA community which is VERY conservative, no one makes an
issue of an SDA member who may use face and lip makeup, pierced earrings,
necklace, non-natural color finger and toe nails.
MOST EVERY married person now days – Pastors, Conference officials, and
persons in the pews SPORT A WEDDING BAND, Wives usually sport a DIAMOND
on their wedding band.
I have seen a “Ring Ceremony” conducted by SDA pastor at a wedding ceremony.
It IS interesting, I haven’t seen BLUE HAIR in quite a few years. Most just put
their hair back to its Normal Color.