Since 2013, Care for Cuba has equipped the Cuban Adventist Church with libraries of ministry resources and bicycles for hundreds of Cuban ministers who have no transportation, and has baptized more than 800 new believers in the annual evangelistic campaigns led by M.Div. students. “Cuba has been isolated for so many years, and we are eager to start changing that,” says Fernando Ortiz, M.Div. program director and Care for Cuba founder. “Our students’ lives are revived and transformed every time they go, and the local conferences are revitalized as they see firsthand the mighty work of the Spirit. “Everyone said that it wasn’t possible, but I knew we could at least try,” said Ortiz. To the amazement of all involved, Care for Cuba’s proposal to send long-term missionaries to Cuba was approved by local, state, and national leaders. In April, the M.Div. program began accepting applications from students, and a small committee chose Christian Guana-Jarrin and Joseph Capeles to be the first Adventist long-term missionaries to Cuba since the 1960s. During the third week of September, they arrived in Santiago de Cuba — the second-largest city in the country — to engage in creative evangelism utilizing sports, English classes, and interest-based small groups along with other, more traditional methods, such as evangelism meetings and Bible studies. “I am humbled and overwhelmed at the prospect of doing ministry in a country that has not hosted a long-term missionary in five decades,” said Capeles. “It’s an awesome opportunity to connect with people from my culture and share the gospel with them. It is my hope that I will do all that God has planned for me, and that I will represent him and the seminary with excellence.” For Ortiz, who has pioneered North American Adventist ministry to Cuba since he led the first mission trip in 1998, sending these two long-term missionaries is the fulfillment of a decades-long dream.

Said Ortiz, “A grassroots movement that will succeed not by force or weapons but by the revolution of the gospel. One that will reach many hearts and get them ready for the second coming of Christ.”

Care for Cuba is a ministry of the Master of Divinity program at the Seventh-day Adventist Theological Seminary on the campus of Andrews University. Since 2013, more than 120 M.Div. students have traveled to Cuba for evangelism and humanitarian work. Care for Cuba has provided 450 ministers with bicycles for transportation, 100 tablet libraries, 80 computers and more, benefiting 50 Cuban churches. More than 800 have been baptized; 222 were baptized on the March 2017 trip. Visit CareforCuba.org for photos, videos and more information.

This article was written by Samantha Angeles and originally appeared on the North American Division website.

Evangelists…Make sure that any people baptized into the SDA denomination learn, up front, how to deal with paranoia related to end time events, not to get too arrogant about knowing the truth that 99% of Christianity do not know, to be prepared to often hear that they are lukewarm , lip service Laodiceans, that there is institutional infighting over women’s ordination, creation/evolution, LGBTQ issues, and that no matter how much they are dedicated to Jesus that they are no better than anyone else in their country. 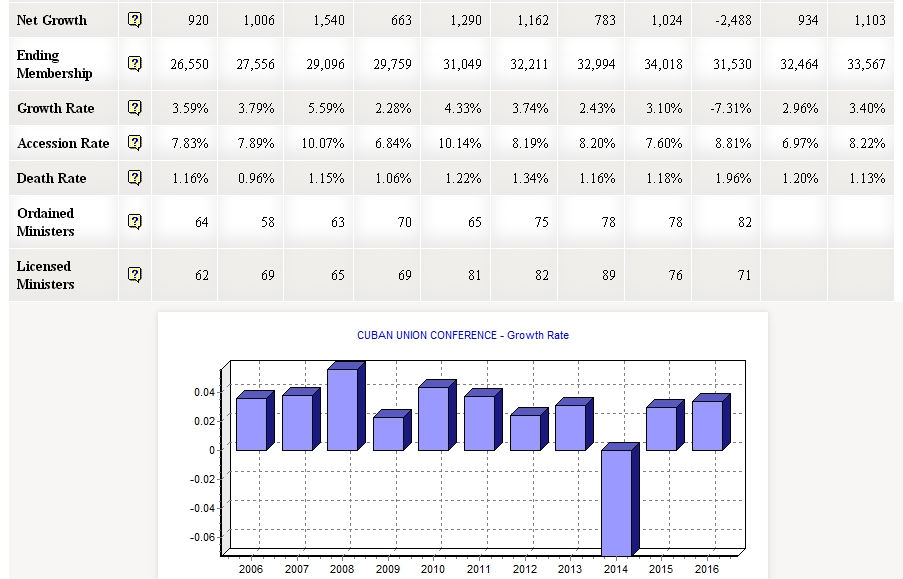 All the local conferences (not missions) under the Cuban Union Conference (instead of union mission) seem to be thriving better than average without outside help. I’m curious as to the justification for sending missionaries to that country.