Editor’s Note: This statement from General Conference President Ted N. C. Wilson was originally published on the Adventist News Network website and is reprinted in full below:

As many people are fully aware, there is a very serious health situation affecting various parts of the globe in relation to the coronavirus COVID-19 illness. About 90,000 people have been diagnosed in about 65 countries worldwide with over 3,000 deaths attributed to COVID-19. This has caused increasing apprehension in travel, business, health care, in scheduling of meetings, and in general daily life. As many of you know, recently, I requested prayer for this unusual illness and am now reiterating a special call for prayer regarding the coronavirus COVID-19 worldwide developments. Continue to pray for our church members and the population of many countries around the world and especially for those who have contracted this illness and those who have lost loved ones. Let us be strong witness in Total Member Involvement sharing Christ’s love and care to those in need in a very helpful and appropriately health-conscious manner.

Some people have been asking about plans for the 2020 General Conference Session to be held in Indianapolis, Indiana, June 25-July 4, 2020. Please be assured that the General Conference executive officers and other officers and leaders are reviewing the situation and possible scenarios. Every effort will be made to provide for the best approaches to be taken in case of a continued unfolding of challenging circumstances in health protection and travel. However, at this point in time, the current and long-standing plans for the 2020 General Conference Session are still in place. Please pray for God’s guidance and direction in all that is done.

Let us take comfort and complete reliance in the Lord as we claim Psalm 37:3-5 in challenging times, “Trust in the Lord, and do good; dwell in the land, and feed on His faithfulness. Delight yourself also in the Lord, and He shall give you the desires of your heart. Commit your way to the Lord, trust also in Him, and He shall bring it to pass.” As the worldwide Seventh-day Adventist Church, we are in His hands in whatever difficulties we face for the great mission to proclaim Christ, His three angels messages, and His soon second coming. Thank you for praying for God’s church and its work.

Image: This illustration, created at the Centers for Disease Control and Prevention (CDC), reveals ultrastructural morphology exhibited by coronaviruses. Public domain, courtesy of the CDC.

Only Ted Wilson could work in “Total Member Involvement” and the “three angels messages” into a notice about COVID-19! Not sure what he’s waiting for when it comes to cancelling this summer’s session. Seems like a “no brainer” to me. But then again, the GC can’t get anything but paper ballots to work, so what’s a Boomer to do?

I noticed that too!

Oh my goodness!!! It never ends…

It seems to me, this man has only two topics in his repertoire…Ellen White and the narrowest of views regarding Adventism.

Let us take comfort and complete reliance in the Lord as we claim Psalm 37:3-5 in challenging times,

Well, you just might also turn to science and medicine in this case. Just a thought.

I wish the Elder Wilson would go a step beyond prayer. Announce the formation of a task force of health professionals, from LLU, or elsewhere, for congregations and members to access profession help. As our example, Jesus did not just pray for the sick, he was active in providing remedies through personal touch.

formation of a task force of health professionals

That would be he obvious. But he is of course following the “Trump Model.” After a terrible deadly shooting, what does he do? Sends “thoughts and prayers” to the victims’ families; and next day meets with the NRA criminals and, again, nothing happens until the next shooting. Then, time for more “thoughts and prayers.”

They prayed a lot at the time of the TOSC, didn’t they?..

What are these “best approaches” in case of a “continued unfolding” and what would that look like? I hope our GC leadership is transparent and seeking good information as he and others make decisions affecting all of us. Our churches and believers can play a vital role during outbreaks, epidemics, and other diseases. We must trust sound theology, science, and public health plus good common sense, instead of succumbing to political pressures and inertia.

What are these “best approaches” in case of a “continued unfolding” and what would that look like?

I think they mean they’re going to keep praying about it and wait for a sign in the clouds.

Or, maybe cast lots to determine God’s will - as in the many biblical examples?

I think that potentially spreading the virus to new parts of the world would be yet another tremendous “legacy” for TW. Not just anyone has that kind of “foresight”…

Is Pres Wilson suggesting that everyone heading to the GC from the vast world field will quarantine themselves for 14 days before they leave for the GC. In case he has not realized it, America may not allow people form some areas to travel into the USA. Those areas may include USA areas like Washington and Oregon as well as Europe, China, S. Korea, etc.

God’s plans may not be in harmony with those put forth by TW. Knowing that 2 April 2020 ends the 1290 days on Daniel 12:11, I suspect that God has some surprises in store for the sleeping saints.

When I followed the Judgment hour of the dead from 22 October 1844 to 22 February 1928, I identified its duration and end date, but there was no preparing.

When I followed the Judgment hour of the LIVING from 14 October 1929 to 14 February 2013, I was giving a seminar in Atlanta on the very day it ended and I said publicly to a group of about 150 people that there was much I did not understand about it.

Later I learned that the 7th pope since 1929 resigned and the one pope post 1929 papacy became a 2 pope papacy. Like Ancient Babylon had 2 kings when it fell.

As it was in the days of Noah when the time allotted to judge the earth ended he knew to go into the ark for 7 days and then the rain followed. The Judgment of the living ended (14 February 2013) and as the 7 year mark was coming: On 13 February I asked the following…

As it was in the days of Noah, a major weather event happened 14 Feb 2020. Two hurricanes merged into a BOMB CYCLONE on that very DAY and hit Iceland and Great Britain and beyond. I did not know the event when I asked the question but I had no difficulty finding a global event that happened on that day that was like it was in the Days of Noah (after it happened).

I suspect that President Trump will be broken and that President Michael Pence will be inaugurated on that day. BUT THAT IS JUST MY GUT FEELING from my years of STUDYING BIBLE PROPHECY…I DO NOT HAVE A THUS SAITH THE LORD to say that that will be the event that will occur on 2 April 2020. The war with Iran that is going to morph into Armageddon is to start soon too. When it happens our 20 20 hindsight will be in perfect focus.

Henry,
There you go again…
So, again, your firm prediction is that on April 2nd (Trump would say, “Two April”…

…) Pence will be the POTUS and will do something, right?

As I did before, I challenge you to make a commitment to us, that if your prediction is false and absolutely nothing happens (on Earth…) then you will never, ever post here anything related to those “calculations” on years and times, etc. Are you willing to make such a commitment?

Why am I asking you this? Simple! Just consider how much time and mental energy your “predictions” have already wasted of the participants of this forum! After April 2, no more, nada. Can you commit to it? After that let’s tal about “gardens and flowers,” OK?

And please, when your “predictions” fail, don’t come up with the old trick, “Oh…, it happened in Heaven… not on Earth.” This is too old of a trick that was already used in 1844… Can’t use it twice…

Those who have left their money in the stock market will be deprived of using it to do God’s work when it still had value.

On the surface I agree with you as to the principle of generosity. Are you calling “God’s work” the church? I wonder if you have considered how transparent the Conference’s have been with their tithe and non-tithe income? Do you known how the funds are spent? Only a very few do not know, since there is no independent audits. At times there is brief single page accounting available, but the line items are missing. Just consider that the NAD has spend about $65 million building a new headquarters that is all glass. I ask you? Could a more modest building be used so as to provide funding for health vans etc. The fact of the matter is that you, have NO control as how your tithe funds are spend by leadership. They feel little accountable to you. Yet there are many places that are accountable for prudent charity, as you can see from https://www.charitynavigator.org/

And please, when your “predictions” fail, don’t come up with the old trick, “Oh…, it happened in Heaven… not on Earth.” This is too old of a trick that was already used in 1844… Can’t use it twice…

The old prophets of Israel were never expected to predict the future as much as to analyze the prevailing situation for the benefit of the community. George, with your perfect string of analyzing events and setting records in its proper perspective, only Samuel the prophet can outdo you. 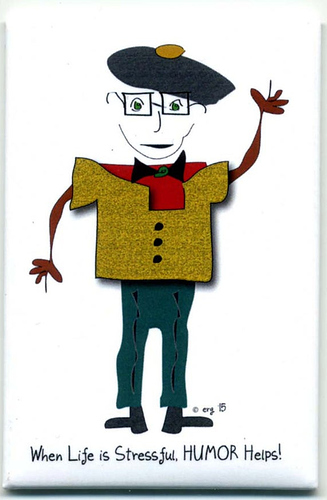 On the surface I agree with you as to the principle of generosity. Are you calling “God’s work” the church?

I have taken the GC to the Lord in prayer on more than one occasion. They have done this several times, extravagance on carpeting, buildings, travel, salaries, and more. The Lord bids me not to let the work languish while I have means. And if the Church stores up those means like tithes to generate revenue from their interest and uses that money to finance ambitious plans while the cause of God goes without workers that could have been sent forth, those in responsibility will be called to give account for souls lost and work undone even though God had provided through faithful members ample means to do His work.

I can’t speak to that comment, but let’s not forget the many warnings given to us in scripture about false prophets and false teachers.

I can’t speak to that comment, but let’s not forge the many warnings given to us in scripture about false prophets and false teachers.

That is so true. They are so mainstream that when the Lord gives us a clear message to counteract those teachers that are so ingrained in our psyche that we seem to be unable to differentiate truth from error. Worse yet: some folks assume that tradition is truth that they never even look. That was problematic in Moses time when folks refused to look at the serpent on the pole. That will cause trouble for Laodicea too. But Jesus does warn us about it in His message to Laodicea in Rev 3. And In His message about how it would be like it was in Noah’s day. All we have to do is learn from the past and not repeat their mistakes. That should be a no brainer, don’t you think?