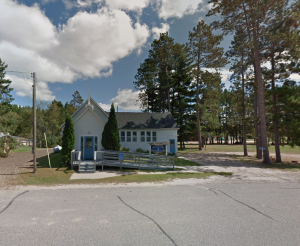 Arizona Sonshine Offers Free Medical Services for Underserved. The Arizona Conference of Seventh-day Adventists with several other sponsors provided free health care to homeless people, students, and people without insurance during Arizona Sonshine. At the two-day event in Prescott, Arizona, volunteer medical providers offered primary care services, vision services, dental services, and a variety of other health-care services. From The Prescott Daily Courier, "Arizona Sonshine hopes to provide free medical help for as many as 1,000 clients."

Seventh-day Adventist Woman Files Suit Over Sabbath Observance. Stacia Smith, a Jamaican Seventh-day Adventist, has filed a religious discrimination suit against her Philadelphia skilled care facility employer. Her suit claims the company acted in discriminatory and demeaning manor toward her in regard to her race, religion, and national origin and fired her unlawfully. From Pennsylvania Record, "Jamaican Seventh-Day Adventist says employer didn’t let her observe sabbath."

Pitcairn Island, Population 48, Legalizes Same-Sex Marriage. The tiny Pacific Pitcairn Island (a chain of four islands), which was largely converted to Seventh-day Adventist Christianity by Adventist missionaries in the 1890s, passed a law legalizing same-sex marriage. Pitcairn has 48 residents and only one pastor, a Seventh-day Adventist. There are no same-sex couples currently on the island, and it is unclear whether the Adventist pastor would perform same-sex weddings. From Huffington Post, "Pitcairn Island Passes Gay Marriage But Has No Wedding Plans."

Pam Dietrich taught English at Loma Linda Academy for 26 years and served there eight more years as the 7-12 librarian. She lives in Redlands, CA.

I hope there’s solid evidence behind the decision to not investigate this as a hate crime.

Fires like this are tragic, especially when one considers they are deliberately set, and it is not necessarily a “vandalism event”. There is a real “loss” historically and emotionally by this congregation.
However, it IS important to Go Forward.
Perhaps they can build a different style of worship space. Perhaps their worship space can become even more Inclusive of the Community is which it is located.
I wonder how often and for what purpose they use their Community Services Van?
Perhaps this will allow them to obtain one that is even a more Multi-Use vehicle.
We have to keep remembering out Mythology sometimes.
The Phoenix, a beautiful and graceful bird, arose out of the Fire. Perhaps they can rename their church The Phoenix Seventh-day Adventist church!

Early this week in Macon, at 4AM in the morning a Black Church burnt. At the time cause unknown. Just because a building, pews, songbooks, music instruments are up in smoke, THE CHURCH, the Visible Church, is still intact. The Human Community IS “The Church of Jesus Christ, of God the Father, of the Holy Spirit.” The Earth is still where the building was. It is important to meet on The Earth, and continue to call it the Garden of God, and continue to meet there. And invite friends and neighbors to meet God there.
At least when it is NOT raining.

Sabbath — Nursing Home
Unfortunately these little snippets provide absolutely no information.
Is she a new convert while working there?
Did the employer hire her KNOWING that she would want 24 hour Saturday off? Was she scheduled night shift, afternoon shift, and Employer thought she could attend church in the mornings [Like Sunday Keepers Do] and work in the afternoons or nights?
ANYONE who applies to a Medical Facility such as a Hospital, Nursing Home, Ambulance Service HAS to understand that the staffing needs are 24 hours, 7 days a week, and require a certain number of staff ALL THE TIME to care adequately for the clients.
I was a Director of Nursing at a secular 60-bed Skilled Nursing Facility for 3 years. I understand Employer needs, and the need for a FULL Understanding of what the applying employee needs to do PRIOR to hiring, in the initial interview. ALSO, any Special accommodations need to be in WRITING at the time of hire. AND it is best to inform the rest of the staff that this is being done.
I wonder if this SDA had done everything at the time of Hire?
That is WHAT I Dislike about these “no-information” snippets.

In this day and age, a lot of hospital, nursing facilities like their staff to wear what are called, “scrubs”. These have “pant” style bottoms. These would be a problem for some Church of God Pentecostal female members, whose dress concept does NOT allow pants to be worn by women. This Female employee would need some accommodation from the Employer Dress Policy.

What is being taught that now such incidents are occurring? It seems quite hypocritical to claim Sabbath privileges for healthcare workers. Should SdA healthcare facilities hire only non-SdA’s? Did this individual ask or expect never to work on Sabbaths?

Please follow up on this story. What is the Religious Liberty Secretary’s course of action to support this individual’s suit?

I think that one should dedicate the earnings from Sabbath nursing etc to a charity of choice. Tom Z

I think the administrator of the island was following precedent the UK. It’s not like they have a parliament to make rule.

The issue I have with this Tom is that if a person is encouraged to donate the Sabbath earnings to charity, will they be able to live on the balance. Other sabbath keepers who don’t work on the Sabbath have access to their full income. The sabbath worker will need to work an extra day of the week to keep up with the non-sabbath worker. And that doesn’t sound at all restful.

This was frequently encouraged for physicians; however, for all other health care employees whose income is much smaller, it would be a very difficult practice to follow.

Elaine
10% for Tithe. 10% for offerings.
This is 1/5th of ones earnings. Not too far from what a lot of people fork over for church and community fund raisers
Or one could save the 10%. offering and go on a Maranatha or other mission trip with SDA or non-SDA group somewhere.
An Ex-SDA friends [used to be members at Macon, went to MO, came back joined a Baptist church] The wife and 2 kids went on a month mission trip to India sponsored by the church. The husband still helps with the PA system at my SDA church.
Actually, that particular Baptist church is a better fit for her and the kids. Great pastor and pastoral ministry program.
Steve.

Bill If she refuses to work on the Sabbath she loses her pay as well, does she? The issue up is not pay but service to the ill and handicapped Tom Z

Jesus healed a lame man on the Sabbath. the fellow had been lame for years. he could have waited one more day. I think Jesus was making a point . it is only the Sabbath worshippers that have trouble with giving aid on the Sabbath. the lovers of The Lord of The sabbath have no difficulty. Tom Z

There has been cognitive dissonance from the pulpit and members on what true Sabbath observance means. There are some who have been unclear on the precedent Christ gave us to do good on the Sabbath, not like the rigid Pharisees.

I wasn’t the one that raised the issue of donating ones pay. The issue is one of service, and I have no issue with working in such a capacity. But I do have a problem with expecting that people donate their income when they work on a sabbath. People on low incomes struggle enough without placing a further expectation in them, and if that expectation leads them to working in day’s other than the sabbath, and the needy not being looked after well on the sabbath as a consequence, then expectations have produced a negative care outcome.

One teacher. Eight grades. Ten students. Limited teaching experience. Very low teacher to student to teacher ratio, resulting in a high level of fees. Limited administration experience. In my book, that will be a very challenging teaching environment, for teacher, students and parents. Good luck.

That was the practice in the mid 90’s and earlier. Surely, students deserve more appropriate education but there are some who believe going back is an improvement!

Hooray for the Blackberry Adventist School. Really: Hooray. I hope this gets good local PR.