Kazakhstan Adventist Church Member Found Guilty of Insulting Islam. Yqylas Qabduaqasov, a 54-year-old member of the Seventh-day Adventist Church, has been sentenced to seven years of house arrest. He was convicted of inciting religious hatred. Witnesses testified that Qabduaqasov had expressed ideas that insulted Muslims and the Prophet Muhammad. Also, he must pay $500 to cover the cost of his trial. From Radio Free Europe, "Kazakh Seventh-day Adventist Convicted for Inciting Religious Hatred."

Florida Adventist Church Blesses Its Neighbors. Volunteers from the Mt. Gilead Seventh-day Adventist Church in Bradenton hosted their neighbors, including about 50 homeless people, at its annual Community Thanksgiving Dinner, a ten-plus-year tradition. They also gave out more than 65 boxes of food to feed 240 families along with care bags to the homeless. The event included the local Pathfinders performing a drum line and color guard. From Bradenton Herald, "Bradenton church fulfilling mission to the needy."

California Adventist Church Sign Inspires Community. The Seventh-day Adventist Church in Hemet, California brightens residents' lives with its positive messages on the church display sign board. The church sign is at a busy street intersection. Associate pastor Nancy Chadwick created the sign mission, keeping an inspirational message on the side opposite the sermon title. From Press Enterprise, "Church signs become ministry in brief."

Pam Dietrich taught English at Loma Linda Academy for 26 years and served there eight more years as the 7-12 librarian. She lives in Redlands, CA.

Insulting Islam
At least it was only a FINE! It could have been his head, as we know from other places in the Islamic States. Christians NOW have to become Wise as Serpents in the Islamic states, and as Harmless as Doves.
It is getting more and more dangerous for Christians, and for anyone who is even suspected of being against Islam.
Some places even smoking or sampling alcoholic beverages can get one put in a cage in the middle of town for 3 days.
It is a scary place in Islamic neighborhoods in those parts of the world.

Don’t you just love it that Islam is (as our fearless leader in the White House once said) is a “religion of peace?” Are they so naive that they don’t understand the mind of the Muslims of the Middle East? Most of them don’t have a problem with Sharia law, or the picture over there would be much different. I wonder how many heard about the incident at a sports stadium in Turkey this week, where the fans booed when a moment of silence was announced for the victims in Paris. Then they all started chanting “Allah Akbar.” And these are our allies? It was reported by Reuters.

It is a scary place in Islamic neighborhoods in those parts of the world.

…and coming soon to your neighborhood. Stay tuned.

Well Bic, you have to understand Islam’s position. They too feel, as EGW proclaims for non- SDA churches, that “The churches are filled with every foul spirit and every hateful and unclean bird” and that “Satan has taken full possession of the churches”.
Therefore, Islam feels it is God’s will that the earth be cleansed of all these infidels
that will not leave their bastions of evil and join Islam. So, they, as many nations do and have, believe that they are a nation of peace, but it can only be reached by either eliminating or bringing under control those that oppose them.
As SDA’s believe that they must usher in Jesus’ return by peacefully enduring while being faithful to the commandments of God and proclaiming the three angel’s messages until the cup of God’s wrath is full, certain destruction comes upon mankind, and Jesus returns, Islam believes that they have to engage in violent means now in order to bring about the everlasting kingdom of Allah.
Like Sirge says, “Stay tuned”.

It is easy to join islamophobic sentiments these days. Adventists readily combine this with some fear of persecution. Guess what … most of the 10 of thousands of refugees fleeing Syria and other Moslem countries … are moslems, fleeing from war and violence that has been inflicted on them by those who want to redifine Islam in their way (with weapons, incidentally that have been readily provided by Western countries). Why should we help ISIS and other violent groups by making their “plain reading of the Qran” the only valid one? I think the lesson we as Adventists might wish to learn ought to be different.
I’d rather be “naive” than assuming that those hijacking islam with good German and American weapons, are actually representing islam.

As to the case reported above, lots of details are missing. It is tragic for sure, probably injust - yet we should be careful. Generally speaking Adventist have a fairly safe position with moslems, as we are respected for a non-partisan stance (e.g. Lebanon), our position on alcohol and unclean meat and some other issues.

Postscriptum I have received 2 answers to this post - which … in accordance with the new Spectrum rules I will reply to in the lounge.
@gdavidovic, @PaulKevinWells

Andreas,
I am generally against appling labels to anyone as an unfair and superficial generalizarion of stereotypes. Your applicatinon of Adventists as having “Islamophobic” sentiments does precisely thatr. While I may agree with you that there are powers that want to redeifine Islam for political reasons, we must not forget that Islam classifies everyone that does not believe in their “prophet” as unbelievers. Most importantlly, anyone that believes in Islam by definition denies Jesus and his sacrifice. Let’s be careful about not giving them a blanket safe pass either 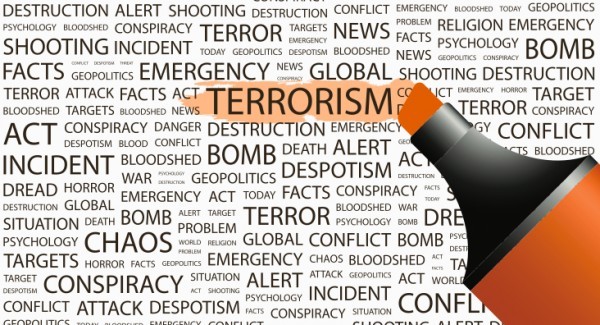 The word ‘terrorism’ exists at an ambiguous crossroads in America.

But I don’t think it warrants ambiguity at all. I think in a lot of cases, it’s pretty straightforward. What Pam Dietrich has reported on in the article “Headlines: Kazakhstan Adventist Church Member Found Guilty of Insulting Islam is terrorism. In a report titled “Terrorism 2002-2005,” the FBI wrote that there is no single, universally accepted, definition of terrorism. The Code of Federal Regulations, referenced in the report, defines terrorism as “the unlawful use of force and violence against persons or property to intimidate or coerce a government, the civilian population, or any segment thereof, in furtherance of political or social objectives.”

Terrorism has come to mean more than simply scaring people. We often associate the word ‘terrorism’ with certain images. Terrorism does not subscribe to a singular race, religion, method or agenda. It is neither inherently foreign nor domestic. All terrorists have exactly one thing in common: The goal of causing fear.

My belief is that yes, committing an act of intentional terror absolutely makes this court in Kazakhstan, a terrorist.

I have never been kicked in the head by a mule and yet I intuitively have an aversion to being kicked in the head by one. Does that make me Muleaphobic? No, it does not. It makes me a person who is able to observe the strength of a mule and deduce from observation it would probably be harmful to my general well-being to be kicked by one.
I’ve become quite weary of the Islamphobe slur being tossed about anytime the slightest concern is raised about the danger presented by Islam. Because I am able to read for myself, for quite a while now, I have developed some concerns regarding this system.
Those concerns are based on the following questions: Why is it the case that for much of its history it has advanced its hegemony through the sword? Why are women subject to such practices as honor killings and genital mutilation in many Moslem countries? Do homosexuals fair better under a predominantly Moslem culture than they do in a predominantly or historically Christian culture? Moslem countries tend to have authoritarian leadership. Is it just possible there is something about the fatalism woven throughout Islam that lends itself to this type of leadership? Why is it the case that in spite of the tremendous wealth of the oil producing Moslem nations they do so little for fellow Moslems? Why is it the case the most influential Moslem body in the Palestinian territories is named “Bloody Violence”, or by its popular name Hamas? What am I to do about the various suras which indicate it is appropriate to be deceptive with the non-Muslim and not have them as close associates? What am I to make the of denial of the divinity of Jesus? How should I conduct myself in light of the Moslem doctrine of “Fitrah” which teaches everyone is born Moslem and it is only because of poor parenting and apostate influences that anyone converts to the false religions? How many of these “anomalies” must I overlook?

Before we get down too much on those that have imposed this verdict upon one of our members, D. Trump and his databasing Muslims and shuttering mosques is the SAME mindset. Fear drives the ugly of what happened to our SDA member and fear is driving the ugly of some in this country making us no better villains.

Islam is no more homogeneous than is Christianity, nor is it any more violent, per se. Religious fanatcism exists in all faith traditions. The circumstances in the Middle East, with its millennia old clan disputes and fractious religious squabbles, along with political chaos and economic instability, fuels the disinfranchised to blindly follow death wishes in the misguided belief it will make things better for all.

Globalization has made it possible for the export of their dysfunctional system to the rest of the world that they envy for its stability and success. It’s not really religion fueling this terror. It’s discontent, resentments, lack of meaning in a harsh life. Everyone and everything else is the reason for the extremists’ sense of being oppressed. It’s a kind of social pathology.