“We either add to the narrative of love…or we add to the history of hate.” —Daniel Xisto

August 11-12 will mark the two-year anniversary of the white supremacist rally in Charlottesville, Virginia, where Heather Heyer lost her life and 19 other people were injured after a self-identified white supremacist purposely drove his car into a crowd of counter-protesters.

Xisto was a pastor in Charlottesville at the time, and in his sermon he shares his experience living through “the summer of hate” and the lessons he learned from it.

“Thousands of people descended on my small town and all hell broke loose. Where was God? We’ll answer that, it is my prayer,” he says at the beginning of his sermon.

“If any of God’s children are experiencing injustice, then all of God’s children should be stirred to do something about it,” says Xisto who, along with other faith leaders in Charlottesville, organized prayer meetings around the city in the days leading up to the rally.

On the Friday night before the rally began, people gathered at Saint Paul’s Episcopal Church, directly across the street from the University of Virginia where the white nationalists were planning to march. Prayers were offered in multiple languages by various faith groups throughout the meeting. As they were wrapping up, word came that there were 300 men with torches outside of the building, and it was not safe to leave.

The sermon is also available for viewing directly on YouTube on the Takoma Park SDA Church’s channel.

I’M NOT OK by Daniel Xisto

This is a companion discussion topic for the original entry at http://spectrummagazine.org/node/9789
phil (Phillip Brantley) August 10, 2019, 1:38am #2

Thank you for this timely and important sermon.

When tribal or national identity outweighs our our Child of God identity. We fear the hear and now more than the hereafter.

we discern that he is supported by our good friends not despite his wickedness, his racism, his bigotry, and his white nationalism, BUT BECAUSE OF ALL THESE CHARACTERISTICS

What an absolutely horrendous conclusion. By what sleight of prescience is such complete prevarication uttered? This is vilification beyond any rational conjecture, and a lie along the lines of “surely you will not die”

A vote for Hillary then is an automatic transfer pass directly to heaven, to divinity itself? Wow, just wow. We sure are learning to hate each other, i suppose since we cant hate the women, the gays, the catholics anymore. PC hate in its Sabbath Suit

I submit Sarah the chimp had a more accurate theory of mind than this commenter, more to able to attribute purpose, intention, beliefs, desires, and other attitudes to both oneself and another person or animal. I suggest this commenter has so welded himself to his politics that no crucible can separate it from him-nor allow another human to have their own honest beliefs, intentions, purposes.

This has always been the Adventist dilemma, our religious tribalism has become dislodged from railing against the devils of old and has been turned inward.

I suppose we fear that the ketubah table is too short, to allow the unwashed masses of non-exclusive “others” entry, so we narrow the gate further to where only card carrying democrat SDA’s will be granted seat.

I do not blame people for voting for Donald Trump anymore than I would blame those who enrolled in Trump University, which has been adjudicated a fraud. I blame those, who though initially conned, continue to support him. If Trump’s supporters were to say, “No more!” he would stop inciting hatred and violence against non-whites. But his supporters have not done so, because they agree with him; they embrace his wickedness, his racism, his bigotry, and his white nationalism. Accordingly, I find the wickedness of Trump’s supporters at least equals and probably exceeds the wickedness of Trump himself. The church is a crucible. It’s not easy being refined. I sympathize with your exasperation.

Those who do wrong are bad. Knowing/willing enablers are evil.

What an absolutely horrendous conclusion. 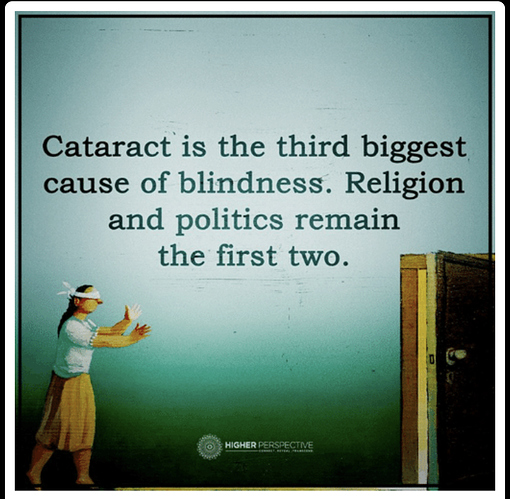 To deign to divine anothers intent, purpose, heart-this is abominable to man, and has led to inquisitions, drownings, pyres, shunnings…
are we so evolved now that we are as gods, knowing?

are we so evolved now that we are as gods, knowing?

The dynamics of hate is underpinned by the erosion and loss of empathy as evidenced by devaluing enemies thus making them less equal. By doing do, it becomes easier to hate. This is born by history and documented in psychiatric forensic cases. After all there is “A” reason why we were all created in the image of God.

Thanks. Extremely well spelled out.
Expect rocks being thrown out on you soon!!! (For the exact same reasons that you already referred to!

With racism and tribalism, we can engage in philosophy of what sins ought to be found in Adventism, or those that are tolerable, but the bottom line is that all of us, active and benign bystanders, are sinners. The problem with sin is that you do not choose how it manifests itself. It is like a computer virus and its behavior is unpredictable.

So yes, the Adventist church has racists and tribalists in it. It also has those who discriminate others on the basis of education or lack of it, wealth or lack of it, and on whether you are a first, second, third, fourth or zero generation. It is therefore unwise to think racial discrimination is worse than say economic discrimination. All discrimination is evil. Doing nothing about it is worse. Sitting in judgment and pointing fingers at others even more evil.

Looking past the rationalization, denial, and an obfuscating logos prophorikos, we discern that he is supported by our good friends not despite his wickedness, his racism, his bigotry, and his white nationalism, but because of all of these characteristics.

Have you considered how much of those who supported DT were a rejection of HC and can you tell us what the dynamics were involved with their decision?

Precisely the mechanism widely seen today, in the nave and narthex as much as in the agora. I find it fascinating that the temporary interment of Japanese Americans is refiltered through the desired narrative lens without the context surrounding WWII (or contrasted with the Americans treatment at Japanese hands in the Philippines. And as far as Rwanda, sadly Mr Clinton was too busy with baser pursuits in 1994 to send any American peacekeeping troops despite strong intel to so do could have potentially more than halved the near million slaughtered. To set this all in the backdrop of a redefined Charlottesville is a huge disservice to truth, and to tell this in such a way to conveniently malign the church politic as racist, bigoted, and evil risible, but perhaps unsurprising.

Picking at imaginary scabs like this will inevitably result in another wound, plies on emotion, and fails “love” in most spectacular fashion. It’s more of the same, and it is insane believing it will produce better outcome.

The scarified and stratified seeds of racism may have successfully germinated in the open soil of America, but it in no wise indicts all Americans as racist, bigoted, haters. Today, more brown slave holders live than all the white slave holders of history-and that is where the seeds of racism sprung. Is it evil? Undoubtedly. Do we need to be vigilant against it? To not do so is calamitous. Should we welcome a whitewashed version of it into our pulpits and pews? I think the answer is self-evident. Why is it desired to provoke the tension, what is the potential gain? White guilt-being handily supplemented by adventist guilt, american guilt-we are being groomed to hate ourselves, i think, for deeper reasons. The selfsame motivations to send their black skinned brothers and sisters into slavery exists in this more (so called) “pc” version of the exact same thing; the deceiver does not desire mankind begin to treat each other with humanity of love, empathy, care. Pretty clear that if one has no sense of healthy self-love, no other-love is possible. And history has shown over and over that a shamed, guilt-based culture (whether church culture, or the broader) produces horrific sequelae.

I note the first words and actions in writ directly attributed to Divinity were dignity and self-love empowering-shame replacing, the only self-hate angst cure. This latest current within the church is in direct opposition to those first words of God.

Please note, too, just as the church is not walking as a compassionate, people-loving church but is embroiled in covering transgressions, preventing equality, and talking racism. so too the House is not talking policies or enacting solutions for the widows and orphans, it is extruding racism and bigotry, creating millions of pseudo-victims, and blaming the object of their hate.

Personal energy spent in not fulfilling my christian duty is answerable to a higher power.
That lower power fomenting this subversion (both in God’s house as well the HOR) bears and will pay the final responsibility-but the sentence today is mine.

Gods words, “Love yourselves, so that you can love others, then i know you love me…”
sounds a lot different than “hate yourselves so you try to pay for your failure to love others”
One empowers, one enables. Two diametrically different kingdoms emerge on the basis of this relational crux.

“What did you do for LOVE” will be the question.
“I didnt vote Republican” is not the answer.
The rationalizations of hating conservatism is not salvific-or helpful in present day churching.
Liberalism is the new defacto god.

The scarified and stratified seeds of racism may have successfully germinated in the open soil of America,

Actually the root of these problems stem from issues of sibling rivalry as evidenced in the bible stories of Cain & Abel, Jacob and Esau, Joseph and his brothers and many more. It has haunted us from one generation to another and will continue to do so until we learn how to handle and resolve the issue of sibling rivalry in a socially and appropriate way short of demonizing others. Trump and all the others are but triggers points. Let us not kid ourselves.

All discrimination is evil.

Let’s not forget the gender discrimination practiced by the SDA Denomination.

Phil, you said it very well, exposing what is actually happening. We are in the hands of an evil, depraved, and well possibly a diabolic individual. An immoral/indecent/disrespectful/insensitive mind for sure. Isn’t it astonishing

seeing Christians supporting a person who incarnates all that is bad, all that is so clearly condemned in the Word?

I wonder what they are going to do in church today…

Precisely, Doc. Even within our families we do not consider ourselves “kin”, birthright worthy, unified. And the “other”, often the impenitent prodigal, sneeringly regarded by his “too holy to be christian” elder brother.

The saddest thing is that a perpetrator does not feel the pain of the victim.

This is true, and reminds me the picture I saw yesterday of Melania, next to Donald, holding a baby whose parents were killed as result of Trump’s policy. And he was making a “thumbs up.” Disgusting!!!