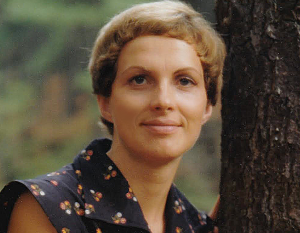 In 1978 heaven sent a cargo of pure grace to Norway. Her name was Jenny Nygaard, at that time twenty-nine years old. She had just finished ministerial training at Atlantic Union College in the United States and was about to become the first Seventh-day Adventist woman pastor in Norway.

Jenny grew up in a caring family at the very edge of the ocean in the most wind-swept part of the west coast of Norway. The coastline is otherwise dotted with islands that break the wind, but on this particular part of coast there is nothing to cushion the often fierce weather. Her family was caring but Lutheran mostly in name. Perhaps influenced by a sea-faring tradition Jenny went abroad, first to work at the Care House for Norwegian seamen in London, then to New York City, where she worked at a famous hair salon. At her work, she met a woman who introduced her to Adventism. Jenny accepted what she heard, embracing faith in Christ and the Seventh-day Adventist message. She also had a new sense of calling that led her to Atlantic Union College. And then, in 1978, she returned to Norway to take up ministerial work. Her family was not happy about her choice of faith or vocation, but they did not doubt the depth of Jenny’s conviction. 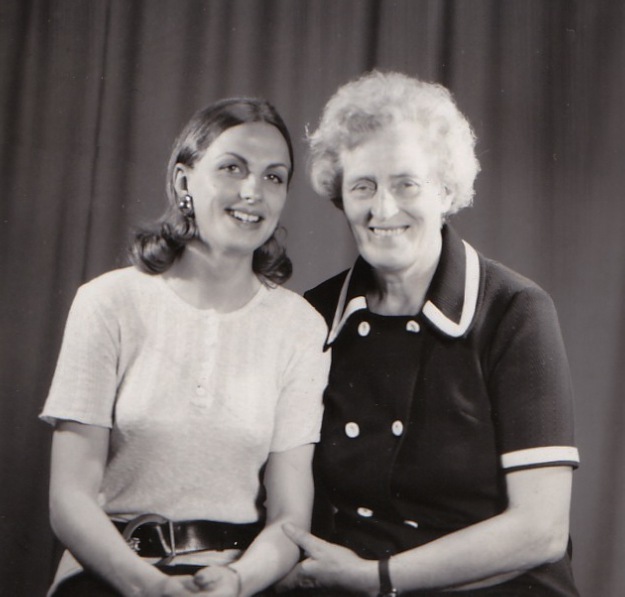 It was evident from the very beginning of her pastoral work that Jenny was pure grace. I say this advisedly, fully aware of the theological prestige of the word ‘grace.’ While there was no precedent for a woman pastor in the Adventist church in Norway, Jenny did not need a precedent. Sometimes self-evidence is the strongest argument, and for Jenny the argument of self-evidence silenced whatever opposition there might have been. She had a deep sense of calling; she had dignity; she exuded warmth and sweetness; and she communicated in an earnest, utterly disarming way. When she stepped into the pulpit, the audience was hushed, often rapt. If possible, she was even more effective at the personal level, visiting people in the homes. I witnessed both first hand, seeing her involved in evangelistic work in the affluent communities west of Oslo. There is the embodiment of grace walking about, I often thought to myself. Years later a couple that embraced the Adventist faith at that time would talk with gratitude of the pastors and people that guided them but always with Jenny in a special category. There were many influences—and then there was Jenny Nygaard.

Cancer struck Jenny hard in 1982, but the ravages of the disease did not obliterate grace. During the treatment she was sustained by grace and by her sister Mary, always at her side. Anti-nausea medications were not as effective then as they are now, and the understanding of palliative measures was also much less adequate. When Jenny came for her radiation treatment at the National Cancer Hospital in Oslo, the vomiting would begin in the lobby, sometimes in the parking lot. When the cancer infiltrated the spinal cord, Jenny had pain the like of which I have never seen in my considerable experience with cancer and terminal care of cancer patients. Transection of the dorsal column of the spinal cord was done, but even this could not curb the pain, and the hospital physicians at that time did not understand morphine and used it too sparingly. The pastor in Oslo at that time, Magdalon Lind, a former president of the Middle East-East Africa Division, visited Jenny faithfully in the hospital, sometimes guided to her room by audible expressions of excruciating pain. He said that Jenny’s suffering exceeded the suffering of Job. Jenny was at a loss herself under the tsunami of pain, but she said that sin is a worse reality than pain. She lived grace, and she died as pure grace, emaciated, on May 23, 1983, not yet thirty-four years old. 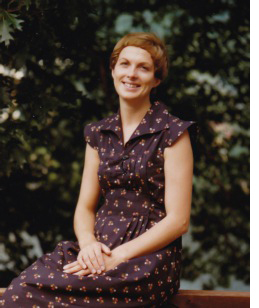 I was asked to officiate at the funeral, as Jenny’s friend. I worked as a physician-evangelist at that time and had not planned to do funerals. But I could not say no to participate, to look for words of consolation and hope, to see the body of grace laid to rest on a windy, cold day at the graveyard a few kilometers from Jenny’s home, and then to reminisce about her life at her childhood home, looking out on the ocean. If you ever travel on one of the most scenic cruise experiences in the world up the coast of Norway, look toward the shore when the ship passes the Hustad Coast. There, not far from the shoreline, is Jenny’s grave.

A bond was created that day between Jenny’s sister, Mary, and Jenny’s mother and me. Perhaps there will be a day to tell the rest of the story, our story; what has happened during the intervening years. But the reality that has given us a story to tell centers on the pure grace of Jenny, the first Seventh-day Adventist woman pastor in Norway.

Ordination means different things to different people. In the Protestant tradition, ordination is not conferral of virtue, or office, or calling, or fitness, or task. Ordination, above all, is in Protestant thought recognition of virtue, calling, and fitness already there. God is in this sense the chief and exclusive Ordainer. The church cannot truly ordain; it can only recognize the God-given ordination that is evident in a person. Jenny Nygaard was ordained by heaven for an exceptional and complete ministry of grace. It was too brief, to be sure, but it sufficient to break the ice and to open our eyes to the fact that God’s call to pastoral ministry transcends gender. We saw it in the life of Jenny Nygaard, no further study or questions necessary then, no further study or questions necessary now. Self-evidence spoke. Discernment responded with the one word, ‘Amen.’

Sigve Tonstad, MD, PhD, is professor of religion and assistant professor of medicine at Loma Linda University and the author of several theological books. He was born and raised in Norway.

Thanks, Dr. Tonstad, for introducing Jenny. Thanks to you, I know her and look forward to speaking to her in the earth made new. We’ll be breathing celestial air.

You have made Jenny appear to us with your wonderful account of her life and personality. May her life and passion of ministry be an inspiration to others to spiritually serve.

what a beautiful, inspiring story…unfortunately i wasn’t attending atlantic union college yet when jenny finished there…it would have been wonderful to see and hear her in person…

Heartbreaking & inspirational. What lessons Jenny Nygaard left even for those of us who never met her.

A wonderful story of a nice human being who was certainly called by God and responded with all her heart.
I hope some people who can’t yet see the merits of God calling women to ministry will soon change their hard hearts.

What a tribute! Thank you for sharing this touching story.

This takes the breath away. A moving example of how the Spirit “blows where it will,” paying little attention to human structures that try to limit it. What kind of people are you Norwegians! The few I have met are unforgettable. I am blessed to be introduced to another one in your tribute.

Thank you for this beautiful tribute of one who touched the hearts of so many in Norway during her short ministry. Your contribution breathes grace and is a blessing to those of us who read.
When God touches, calls and transforms a young life, we can just stand back and give praise to the Lord of the harvest. Where grace abounded, all argument ceases.

Thank you, Sigve, for a wonderful and moving story. I remember her. The engagement apparent in the way you write is deeply touching! Storytelling, anchored in the realities of a situated and conditioned life, is a much more effective producer of wisdom, than the arithmetic of logic.

Life, itself, is always on the scene long before our concepts about it.

What a story! So caringly, lovingly and movingly crafted. It brought back bitter-sweet memories of a similar Norwegian "Jenny’ (not her real name) whose flawless outward and inner beauty were similarly in awesome harmony. I dated her decades ago. Our ways parted. She married and had four kids. She too died of cancer as a relatively young mother. May Jesus come soon to restore paradise lost to His children.

Europe has given Adventism some great Gospel teachers and pastors. Those that I knew were more Pauline than White. Tom Z

Beautiful tribute. I’ve heard that the very traditional South Lancaster Village Adventist Church frequently welcomed her to its pulpit for just the reason Dr. Tonstad articulates: she was ordained of heaven.

Those that I knew were more Pauline than White.

What a wonderful story! My grandfather, D.K. Olson, was born North of the Loften Islands in Norway. He made me .25 Norwegian. He was also a convert to Adventism and became a pastor through the Danish/Norwegian Seminary (now Maplewood Academy). He ministered in MN and ND, often in very multi-church districts.

Pastor Nagaard’s ministry is something we are all proud of. May God call more woman from Norway to the work of ministry.

Dr. Tonstad, thank you so much for introducing us to Jenny. Upon reflection, the description of her that comes most prominently to my mind is that of a LUMINOUS SOUL. One can see it in her eyes that shine with love for her Creator.

I especially love the idea that only God can Ordain. Those that consider her “less than” dare to put themselves in the place of God.

Am so much blessed with Jenny’s story, a minister of the Gospel in Norway. Waw! Norwegian, kindhearted people they are!! may the good Lord bless the work of her hands that she left behind to be a testimony to humanity for the glory of His name.