Jesus, One for All 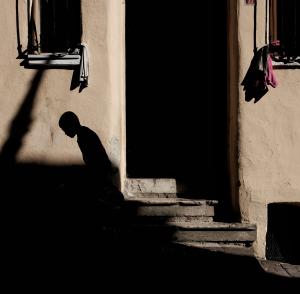 ���Praxis will make Jesus alive among us. As a mystery, he is therefore never the exclusive possession of Christians. He is ���common property.������ ��� Edward Schillebeeckx,God Among Us: The Gospel Proclaimed

At Christmas we celebrate the birth of Jesus, a name that for people the world over is instantly recognizable as unique, yet for his time was as common as Mohammed is today. Biblical scholars have pointed out that we know very little of the circumstances of Jesus��� birth, that the reports of Matthew and Luke are ���gospel��� truths, not historical facts, and that he entered the world unnoticed. But of course for his parents, and perhaps for a few friends and relatives, this birth was, like most births, an occasion for joy, tinged with the darkness that waits patiently just beyond the reach of every parent.

It is ironic that one of the most beloved of Christmas traditions, the ���Hallelujah Chorus,��� exalts the magnificent titles later bestowed on this little anonymous Jewish boy born under the oppressive rule of the Roman empire: ���King of Kings and Lord of Lords . . . forever and ever and ever!��� Matthew pulls in lines from Isaiah about a baby born back in the day who is named Emmanuel, ���God with us,��� but the angel who appears in Joseph���s dream commands that this child be named Jesus (which is the English equivalent of the Greek transliteration of the Aramaic ���Yeshua,��� the Latinized version of the Hebrew ���Yehoshua���) which means ���Yahweh is salvation.��� Close enough: Matthew���s calling up of ���Emmanuel��� dovetails nicely with the name ���Jesus��� in that God moves close to us in the form of the one who saves���Yahweh.

How do we connect with this child? We usually don���t. Say the name ���Jesus��� and you most likely see a grown man striding up and down the roads of Galilee. You just might see a young boy, having slipped the anxious bonds of his parents, stunning the theologians in the temple with his knowledge of scripture. For the most part, though, we jump directly from the manger scene to Jesus��� baptism because the Gospels are silent about those years.

And yet through countless paintings, sculptures, images, poems, songs, and Christmas cards, we imagine this baby, perhaps one of many born that day called ���Jesus,��� and we see this one as the Wonderful Counselor, the Prince of Peace, the Redeemer.

Jesus himself seems almost oblivious to his own identity, caught up as he is in his mission for others. When people ask who he is he sometimes demurs, other times answers obliquely (I and the Father are one), and occasionally, in the presence of his friends, speaks directly������I am among you as one who serves.��� He is a man consumed by his passion for God, yet he grows weary like any man. He constantly threads his way between the messianic and revolutionary hopes of the peasants around him, and the pragmatic realpolitik of the ruling religious parties. The people can see the difference: ���He speaks with authority, not like the priests,��� and ���no one speaks like this man.���

���Why do you call me good?��� he asks. ���Only the Father is good.��� And that, says Edward Schillebeeckx, Dominican monk and professor of theology, ���can only be said by someone who is so obviously good that he is not even conscious of being good. And precisely that will betray his identity.���

At times I wonder where Jesus can be found in all the Christmas mashup concocted by the religio-commercialized complex. There���s precious little left of him after the season is over, so obscured is he by our frenetic worship of getting.

Occasionally, I imagine the terrible scene sketched by Nietzsche in which a madman rushes into the city square with a lantern in midday, crying ���God is dead! And we have killed him!��� And after I jump down from my own petard before I am blown up by self-righteousness, I glimpse a figure moving steadily through the crowd ahead. I quicken my pace, but I lose him at the corner. I pause, turning in a full circle, eyes straining, but he is gone. Then I see him, standing alone, the crowd swirling past him, and when our eyes meet he smiles. My eyes tear up in the wind and when I clear them he has vanished. No matter: Imagination will suffice when beckoned by hope.

Like the first Christians we understand this better when we read back from the unthinkable resurrection to the birth of Jesus. As Schillebeeckx says, ���Human birth, life and death are in fact accessible only in a story, and not in theory or ���theology.������

What a beautiful gift of word pictures and vivid imagery in this article/gift by Brother Casey. I read this to a select group of neighbors and frriends and they too were inspired by it. Thank you Spectrum for publishing this.

Thank you! I’m glad you enjoyed it.