I don’t know that one. I have never gone very deep into EGW’s life. I just read what was assigned in religion classes. We did have to memorize extensive passage of the book EDUCATION. The only part I remember is that “we shouldn’t be mere reflectors of other men’s thoughts”. Ironic.

Here is a very,very short article written in Adventist World for kids. This can be read in a minute or so. 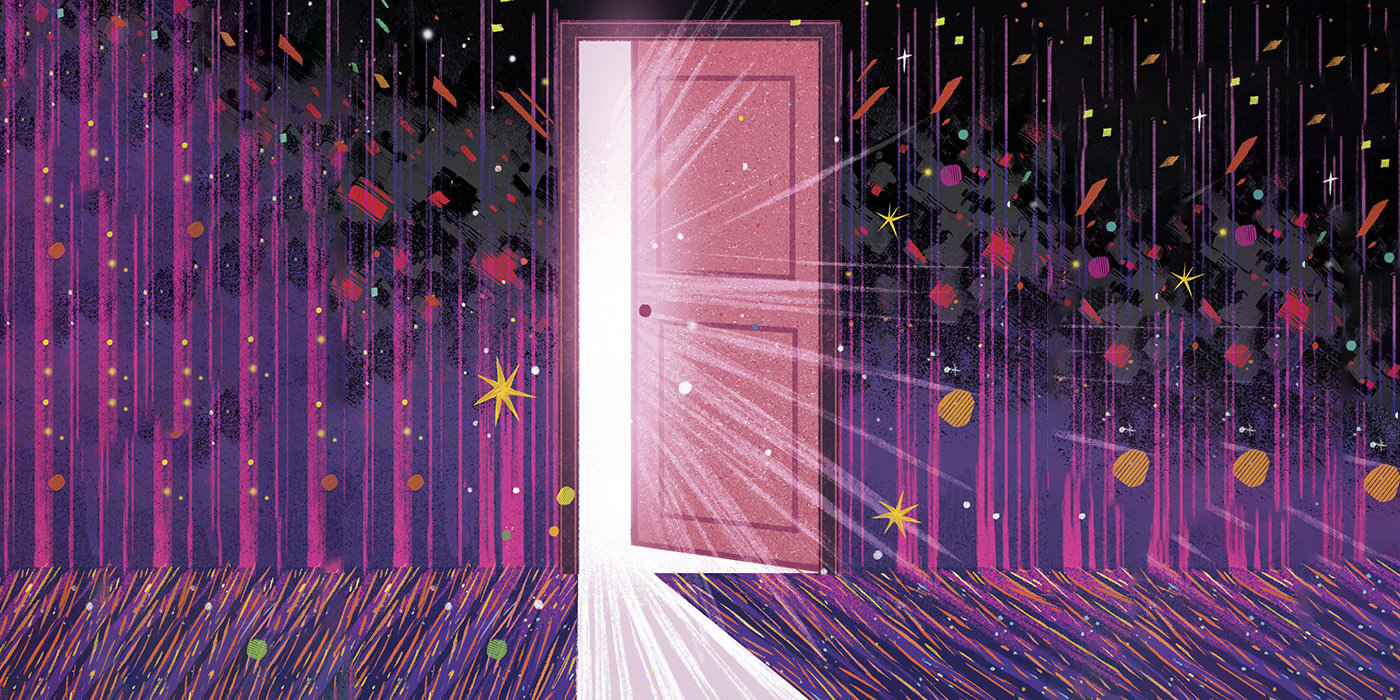 It even references “angel guide”. Please let me know what you think.

Thank you. Well, a dream is a dream. We often dream about what is on our heart /mind. I don’t think I’ll be making a green cord, as instructed, but it’s a learning tool for kids - not sure about the picture of Jesus at the end of it, though.

When my husband, as a young kid, was learning to drive a four speed, he couldn’t coordinate the clutch action to the gas pedal. He dreamed on night he was making it work, and the rest is history.

Here is a very,very short article written in Adventist World for kids. This can be read in a minute or so.

It even references “angel guide”. Please let me know what you think.

I read the article and I failed to see where the problem was. It was just a dream.

Yes, it was a dream. There is a bit more mention of “her guide” in the Early Writings version. I just find it odd that she was so in touch with guides, accompanying angels and also her Instructor from such an early age onward. It is very prominent in her writings.
I know that you didn’t read much of EGW. After leaving the SDA church I read Spiritual Gifts vol. 1-4, Early Writings, and a lot of the Testimonies. It was very strange, bizarre and wild reading. That’s where you really get the angels, her instructor, her guide. I seem to recall a “young man”, or “handsome young man” who was a guide too.

I guess for me, having read Early Writings, Spiritual Gifts vol 1-4, lots of the Testimonies, I have seen more of the way that she referenced her accompanying angel, her Instructor, her guide. I’m sure it’s in more of her writings, but those are the ones that I had on hand. If one isn’t aware of how much she spoke of these beings, I guess it wouldn’t have much impact on it’s own. I thought others might be more aware of this, but I was wrong about that.

The only part I remember is that “we shouldn’t be mere reflectors of other men’s thoughts”. Ironic.

You begin this podcast, and the essay, by promising to take on “a controversial question … Was EGW an LGBTQ?”

I’m not clear why this is a controversial question. Put another way, the question has an answer, like any other question. So, why not ask it? I absolutely agree with you about the validity of putting it forward.

Also, there are not two or more well-defined sides to this question. Most people have probably never heard of it, or asked it. There’s no tug-of-war over the answer. It hasn’t yet risen to the level of controversy, in other words.

What’s actually controversial, I’ll guess, is the way it appears you’ve tried to answer the question: By, seemingly, reading innuendo into letters which are plausibly absent the same.

Was Ellen Gould White a lesbian, and Lucinda Abbey Hall, secretly, her gay lover? Was theirs a “Boston,” or a Wellesley, “marriage”? Were her letters romantic entreaties to Hall, or merely testaments of a close, feminine friendship, amidst frustrations over a bad marital relationship? Again, these are reasonable questions. But how would one answer them, scientifically?

From what I understand, literary analysis, for purposes of biography, is not a job best done by hobbyists. To begin, it apparently requires thousands of hours of training, both classroom and fieldwork, in the literatures and customs of a given culture (or set[s] of them) in a specific time period, not to mention historical expertise in the life, work, ideas, mores, and social circles of a particular person (or set of them); this, to start. One must possess expertise with, and deep knowledge of, pertinent scholarship, key documents, and the important, relevant archives of bibliographic and other historiographic data. As a degreed scholar in a biblical field, you certainly know this.

Lacking these resources, however, many engage in the errand of trying to establish their own and similar claims, for their own causes, with unconvincing results. You say, “in some ways,” White’s language, re: Hall, is “the language of marriage”; “the person who [EGW] dreamed that God had bound her together with — that He had made her heart one with, ‘that you should be as one heart and one soul that no influence divide’ — was a woman.” But this conclusion does not follow, given what you’ve read up to that point, let alone when one reads it in the context of E.G. White and her times, not to mention her vast, puritanical output. The deduction seems impulsive and florid.

Of course, many attempt to do the same with biblical matriarchs and patriarchs, such as the ones you mentioned earlier; e.g., Ruth and Naomi, or David and Jonathan.

As with White, what’s usually not asked, though, then answered, are queries such as, “How would Ruth read differently if, in fact, it was merely the story of a woman who deeply idolizes her former mother-in-law?”

Or, “If the hypothesis is David and Jonathan were, behind-the-scenes, gay lovers, what falsifies this argument, or could?”

I don’t think the questions you raise are “controversial.” I think your methodology for answering them is highly flawed. (Ellen White, like Christ, may have never spoken out against same-sex relationships, but neither did she, or He, ever speak out against serial killing, child pornography, cannibalism, incest, or bestiality.)

People who bring up the questions you have, but who do not treat those queries extremely seriously — for example, as I’ve said, by raising, then refuting, objections to their assertions — do not serve their own conjectures well, and merely add to any extant confusion on these matters.

In other words, the Bible is not slash. Those who argue it affirms homosexual relationships — saying these are part of God’s holy will for human beings — are going to have to show they at least take its plain reading and formulations seriously, if they are to begin sounding credible, here. This seems reasonable, and though White’s work is not comparable to the Word of God, she deserves, at least, the same textual considerations.

The Bible is not slash.

Do you want to edit this, HA?

I mean, I think that much of the Bible could be slashed, including the trash notion that it’s god’s best gift to humanity.

But I’m also thinking you’d probably disagree with me on at least some of that….

Yes, I’d probably disagree with you.

No, I don’t want to edit the sentence: I mean slash in the sense of slash fiction.