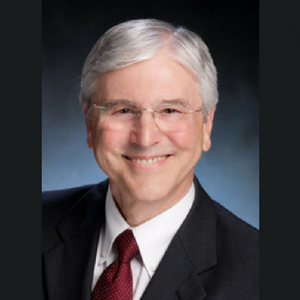 Elder Jay Gallimore, president of the Michigan Conference of Seventh-day Adventists, has announced his retirement.

Gallimore first sent out the news on December 6 in a letter addressed to conference officials, pastors, teachers, and lay advisory coordinating committee members. The official announcement was released earlier today on the Michigan Conference website. It follows in full below:

At a recent Michigan Conference Executive Committee [MCEC], I shared that I would be retiring from the office of the president at the end of January, after which I would take some vacation time.

It has been my privilege and joy to serve the Lord in ministry in Michigan. This conference is so blessed to have such faithful, loving, and devoted members that serve the Lord in His churches. Your devotion to the cause of God inspires all of our hearts, and I am so grateful for you.

In the days ahead may the Holy Spirit guide and direct the treasured Michigan Conference with its churches and schools, as it continues to carry out its part in hastening the soon coming of the Lord.

May we ever be faithful to His dear cause. As I move into retirement, it is my plan to continue to add my efforts to yours in winning souls and building up the kingdom of our precious Savior. “Even so come Lord Jesus.”

This is a companion discussion topic for the original entry at http://spectrummagazine.org/node/8443
3 Likes
ezbord (ROBIN VANDERMOLEN) December 12, 2017, 3:07am #3

What an indictment of Michigan Adventists that they would re-elect this man multiple times over.

What were they thinking ??

King Solomon, the wise, thought it was necessary to say this twice. Let’s hope that the next Michigan Conference President takes it to heart at least one more time than the last one did.

It has been proven that it is possible for one person to bless, or to poison, a kingdom . . . or a church.
Time will tell if another ‘one person’ (Perhaps a woman ?) can work effectively enough to introduce the antidote for that poison in the Michigan Conference. As others have noticed, entrenched, influential ‘somebodies’ in Michigan have kept the past President in office, and they may not ‘retire’.

Alonzo Jones quoted the exiled woman, Ellen, at the General Conference 120 years ago,
regarding the ‘Kingdom’:

“This is the witness that I referred to a minute ago. When you receive a testimony and take it into your heart and life, that makes you something you were not, and then it is the kingdom of God within you, and the witness will be carried to all parts of the earth. May be you will never go out of your State. Then how can it ever be? Where you go and where I go, God is making impressions on the heart that will never be effaced, and by them making yet other impressions, and so on. One may harden himself against it, but it will go there just the same; and when that impression is made by you, he will know that it is from the Lord. The Sadducees did not believe in a resurrection, but they also said that they took knowledge of the disciples that they had been with Jesus and learned of him after his death. In their hearts they knew that he had risen. The fact was there, but they were not converted by it. That is the principle that is in the Bible. From a testimony written in 1896 I read: “Many of the men who have acted as councilors in board and council meetings need to be weeded out.” Notice, it says many. There are not very many altogether, so that when many of them are weeded out, many cannot be left. “Other men should take their places, for their voice is not the voice of God. Their plans and devices are not in the order of God. The same men have been kept in office as directors of boards, until under their own management and their own ways, common fire is used in the place of sacred fire of God’s own kindling. These men are no more called Israel but supplanters.” Supplanters instead of Israel! In what worse trouble could we be?
{February 9, 1897 ATJ, GCDB D4.1}

What shall be done? Is the Lord going to have a chance to work now? Shall he be allowed to bring about the needed changes? This testimony is not to be applied by our taking hold of this work and going about abruptly to make the changes. My heart must be right before I can take part in any change. The thing to do is to surrender ourselves to God, and then let him work through us. We do not care who the men (or women) are if God is there."
{February 9, 1897 ATJ, GCDB D4.3}

It is sad that Spectrum has become a haven for those who have a strong dislike, or maybe even hatred, for those who defend the pillars of our faith.

. . . and, yet, you happily express this ‘sad’-ness, even at Spectrum, and are free to do so in the face of those you dislike and maybe even hate. Spectrum did not ban George Knight books, and obviously it has become a haven for you, as well.

The epitome of what I’ve come to expect here; animosity toward faithful men of God.

If I were to say about Dan Jackson (when he retires–may it be soon) what you said about Elder Gallimore, I would be banned, or at least have my comment deleted.

It is sad that Spectrum has become a haven for those who have a strong dislike, or maybe even hatred, for those who defend the pillars of our faith.

Damage? Au contraire, he’s been a beacon of light on what is fast becoming a dark continent. One can only hope that he will be replaced by someone who will be as strong as he is in defense of truth.

What an indictment of Michigan Adventists that they would re-elect this man multiple times over.

What were they thinking ??

They were thinking that there must be at least one conference in the NAD which still stands on the platform of truth, and does not compromise with all the heretical nonsense which is permeating the church elsewhere. We need more Jay Gallimore’s.

I can say that I have never been to Michigan, so it does not affect me who is president of the conference, nor union, because it is so far from me. Unfortunately, we are all members of this Adventist structure, henceforth what happens in one area of the world directly impacts me. How does it affect me, the church is who we elect, so if a not so good choice is executed, the world sees us as that choice, even worse, when a leader promotes concepts or ideas, people assume the whole church thinks the same. Which is really terrible for me, how does one explain to your non believing friends and family, that what that leader is doing or saying, is not what I believe in, damage control is difficult, when power is not controlled. God’s plan was that we never had the function or position as president in our church, but we do, and to me that speaks volumes of either blindness or rebellion of our church. God knew that such power in a position like that only creates abuse and negligent behaviour, with personal philosophical concepts introduced as biblical standards, because over time these become truth even thou it is only a personal point of view. I believe the position of president should be done away with, and a revamping of the entire structure, making the conference into a conduit to empower the local church to work in the Holy Spirit, and not follow blindly the words of men, and that includes me. This brother who has retired, let him be and enjoy his life, rather how can we ensure that the next election takes place we reduce the period of office bearers to maximum of two terms. In Africa we see how president who reign for decades eventually destroys their countries. On thing positive, as least you have election and conference constituency meeting, in my country nothing, don’t forgot what you have, freedom to choose and build a brighter future.

Ray Moore does not equate with the best of the heart and soul of Alabama. Brother Jay Gallimore is not the “sum total” of Michigan SDA’s best expression of openness and joy. After his vacation (“retiring”) I would be pleased to hear that Jay Gallimore has eventually found satisfaction in door to door selling of books authored by George Knight.

With respect Thank you Pastor for what you have meant to this conference. May God get the glory and all the animosity. His will shall be done.

I just hope that a moderate leader from outside the conference is installed as president and that we have a chance at a new beginning.

Upon reading the list of speakers for the last camp meeting, “a moderate leader” might not be in the cards (if that is even an indication).

Even if someone slightly more moderate takes the reins, it doesn’t seem that they would elect anyone too far from Gallimore.

I’ve never been to Michigan, but it seems to be pretty conservative overall. It will be interesting to see who takes the position.

“Moderate”…isn’t that the opposite of “men who will not be bought or sold, men who in their inmost souls are true and honest, men who do not fear to call sin by its right name, men whose conscience is as true to duty as the needle to the pole, men who will stand for the right though the heavens fall”? (from the book Education by Ellen G. White)

Moderate can mean someone with wisdom, willing to listen to different sides on issues, and trying to build consensus and unity even amidst those differences. Jesus called this peacemaking. This is a dimension of the deepest and greatest biblical value, a self giving and unifying love. Why is this not something to stand for? Sounds like it would be a wonderful change from someone who stands for a fundamentalist ideology that seeks to demonize all who disagree.

A moderate is generally someone with intellectual and spiritual integrity. Someone who refuses to be drawn off into the extremes of either “side” but who administers his job, in this case the conference, in a way that reflects the scriptures rather than panders to extremists. The following scriptures describe the essence of what it means to be a moderate.

He hath shown thee, oh man, what is good,
And what doth the Lord require of thee,
But to do justly,
And to love mercy,
And to walk humbly with they God.

How About a Christian Leader. rather than an a my way or the highway autocrat.?

Dag…this guy is not popular….

the chances of someone from the outside coming in is slim to none. Michigan has been a haven for the 'slide ‘em in inbetween sessions’. It started when Glenn Aufderhar (sp) left the conference and moved Jay up from being executive secretary. The constituency then rubber stamped the already installed president Gallimore. Fast fwd to today. I would be willing to bet a pound (or would it be a kilogram) of motzah that Jim Micheff, Jr, the current exec secretary is the next to be installed…Sad the MICONF will be saddled with a boat load of debt for the new office as Jay’s legacy…