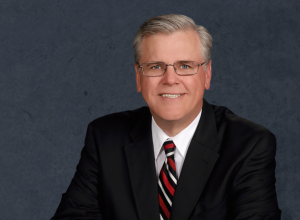 The Mid-America Union Conference of Seventh-day Adventists selected Gary Thurber as its next president today. Thurber replaces Thomas Lemon, who left the Mid-America Union to take a position as a General Conference vice-president. Thurber is pursuing a Ph.D. in Leadership at Andrews University and holds a master's degree in Religion from Andrews University and a bachelor's degree in Religion from Southern Adventist University.

North American Division president Daniel Jackson chaired the session during which Thurber was selected from among 18 candidates, according to a news release in Outlook Magazine, the official publication of the Mid-America Union. Outlook quoted Jackson as saying after the votes were tallied, “Gary is a deeply spiritual and effective leader for Christ. Mid-America Union has just voted a prince to be their president. I have every confidence in Gary.”

This is a companion discussion topic for the original entry at http://spectrummagazine.org/node/7024
joselitocoo (Joselito Coo) August 12, 2015, 11:34am #3

How much credence do positive endorsements by the immediate bosses of newly-elected officials carry beyond standard political correctness? Makes me wonder if changes in executive personnel at the division and union levels of organization really do make a difference. In what ways have previous presidents and those who have succeeded them impacted local congregations differently than in the past?

I knew him a bit as President of the Indiana Conference when I was head elder of the Greenwood church, on the south side of Indianapolis. He seemed like a very decent person, certainly not given to overestimating his own importance. Don

From my experienced the Union Office makes no difference to local church members. I wish the Union would provide provide clear objectives for their territories, such as role modeling healthy churches or curtailing their expenses to fund a mobile dental clinic and sponsoring healthy exercise events. However I suppose it will be business as usual–which is keeping the church machinery oiled through heavy (unnecessary) overhead expenses.

Was his grandfather (or father) an editor or similar position at the old Southern Publishing Ass. in Nashville? This would be another 2nd or 3rd of more generation of family leaders. Is there something cozy about family dynasties in Adventism that is coincidental or the result of grooming or the lack of new blood in an aging organization? Just wonderin’.

given the importance of unions now, in the wake of san antonio, and given dan’s ringing endorsement, i think it’s safe to conclude that gary would steer mid-america into a pro-wo intent if his constituents voted on it affirmatively…

if gary is pro-wo, and his appointment is a result of dan’s influence, this would be an example of good politics on dan’s part…all effective presidencies have this collateral impact, for instance, america has national gay marriage and obamacare now because obama is president, and appointed sotomayor and kagan to scotus…

Mid-America was the first union to vote to ordain women way back before the Columbia or the Pacific Unions.

And who was the Mid-America Union President at that time? My friend Tom Lemon.

So we made lemonade.

His father is John Thurber. http://www.iamaonline.com/Bio/John_Thurber.htm

It’s going to take me awhile to learn the ropes here. I see my original comment on the web site was eliminated. I don’t remember it all in order to repost it. I didn’t save a copy. So are we now reduced to short sound bites???

Thank you, Elaine Nelson and Carol June Hooker. I knew some Thurbers “back in the day” and knew his dad at Southern. Never met Gary, but I can see the family resemblance in his photo. The Thurbers have always been involved in Christian education and in music. They always had people-pleasing dispositions. Hopefully Gary will carry on the good reputation of his father and uncles before him.

I remember him as a little short man, walking the few blocks from wherever he lived to the “Southern Pub.” I didn’t know about the musical family, also I recall the name from the King’s Heralds.

I am sorry to have to point out this triviality, But how does Brother Thurber overcome/overlook

the illusion that this picture makes him look like Jeb Bush’s identical twin brother?

He is an excellent choice. I did serve under him in Indiana several years ago, but he was called to Rocky Mountain to help wth dificulties there. Some from that conference can comment but I beieve he was sucessful.

He is a humble Chrisitan with a wonderful testimony, and is a master stroyteller.

I agree that the Unioin does not have much effect on the local church, but they Union does set a certain tone, and is the face of Adeventism to the public. He is a real asset to the church.