I’m sorry Mr. “I Believe In Him”, but you obviously don’t or you would put your trust in Him and not in some piece of killing machinery. 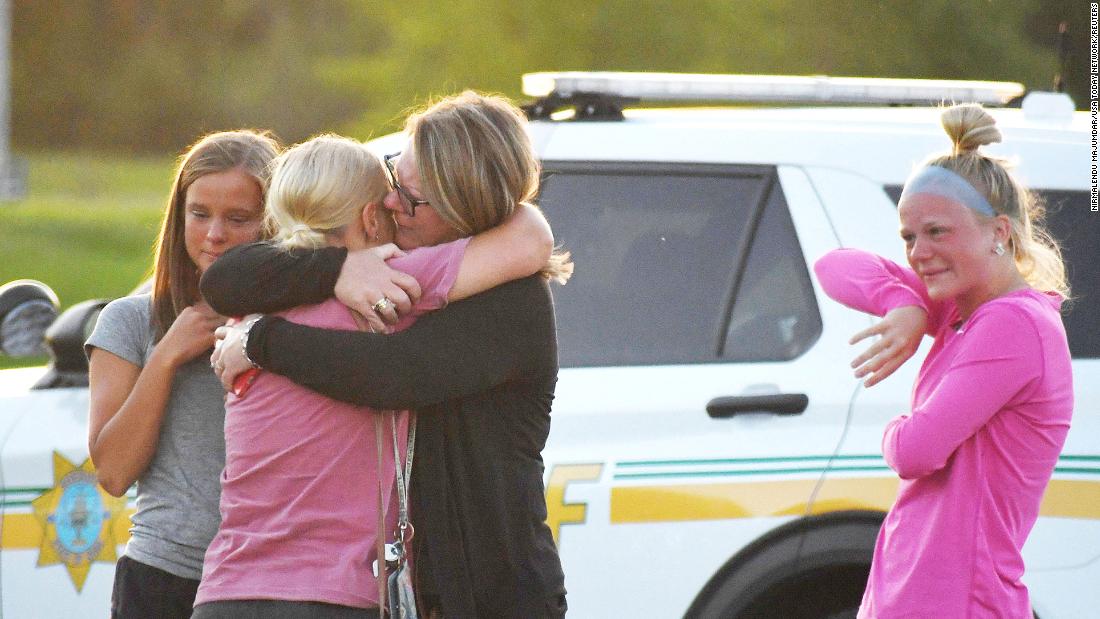 it is too bad a trained and armed teacher or staff was not available or prepared.

I find it mind boggling that a Christian should think that the solution to school shootings is to have more people who are comfortable killing others.

Why does ANY God loving, Christian, want to own a weapon of war?

For security. For protection. For hunting. For sport. This is why people carry or own guns. Maybe you don’t like, care, or value any of these reasons and that is fine, for you, but not for everyone else in the nation. Have you ever noticed that some people have security guards? I imagine the guards carry firearms, so there ya go!
The tough part of our constitutional right to own and bear arms (the part after the militia portion) is perfectly plain and clear that all citizens can have a firearm but it doesn’t mean you are required to. People are not required to protect themselves with a firearm, but it doesn’t mean others have to abide by your same desires. The tough part is how to deal with criminal minds, criminals who have a firearm in their hand. Keeping innocent people from owning and bearing firearms certainly takes away their security. Imagine a USA president having security guards that have no firearms to protect him or her. The firearm is a useful tool.
What would be a reasonable amendment that would keep firearms out of a criminals grasp? I have not seen or heard of one yet. I have only heard of suggestions that impact ALL citizens, and that amounts to a loss of freedoms, security and other life interests as stated above.
FYI, I do not own a firearm.

IMO, instead of sending millions of dollars to Ukraine, we ought to train and arm teachers, have armed security at only one access in our schools, have metal detectors at the entrances, secure our southern border. Take care of our children and country.

IMO, most of everything we hear from Biden and much media is only drama with a goal of removing the 2nd amendment. They are not about solving the real problems that come with criminal actions. The media is dramatizing the symptoms and not focusing on the crux of the problems. Many are gullible to the drama and cannot see the truth behind the curtain.

These are just my opinions. My faith is in our Creator, not in any man and certainly not in a government.

Is anybody here wondering why the police waited so long to go in. I hear they prevented parents from going in. WHY THE WAIT? Whose side were they on?

I come from a family who since immigrating in the late 1600’s have been gun owners in what is now the USA. Reducing the risk of gun misuse having things like criminal background checks, a licensing process, periodic training, and requirements to keep weapons secure and safe would be a great first step.

There are many countries around the world including here in Japan and other countries where they have such rules in place to reduce the risk of guns in the wrong hands. So the notion that only criminals have guns if you regulate them is not really true.

You don’t have to violate the constitution when making changes that deal with the root cause of misuse of guns.

What would be a reasonable amendment that would keep firearms out of a criminals grasp? I have not seen or heard of one yet.

How about making weapons that were designed for the military be excluded from the general population? They were never made for hunters. What hunter needs a 50 round clip? If they are that bad of a shot, they should go home. And it really isn’t a “sport”, because if it was, then the deer would have a gun to shoot back. What about background checks to see that people with mental issues being kept from having a gun? Your “reasonable amendment” is out of kilter with a majority of Americans, and certainly with God’s. Why is it that England has .04 gun deaths pr 100,000 and America has 40 deaths pr 100,000. Only a moron would not see where the problem is. You, obviously need to change your “I believe in Him”, Oh ye of little faith.