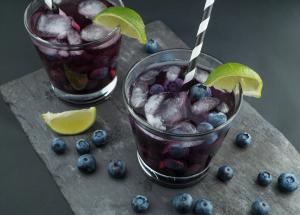 In this week’s news round-up, the Nevada-Utah Conference sponsors a raw, organic juice bar, a Florida Adventist is banned from holding Bible studies in her condo’s commons area, the General Conference and Guam reach a tax agreement, and a Canadian Adventist mother charged with the death of her infant son fails to appear in court.

Nevada-Utah Conference Sponsors Raw, Organic Juice Bar. Owned by the Nevada-Utah Conference of Seventh-day Adventists, new juice bar “Press Together” is scheduled to open next month in Ogden, Utah. Ryan Hablitzel, pastor of the Ogden Seventh-day Adventist Church, is pursuing the rather unique business model as part of his doctoral dissertation. He is writing a thesis that envisions the new juice bar as the center of influence for the church. “Press Together” will offer raw, organic, cold-pressed juices six days a week, forming a community gathering place for millennials looking for a new way to “do church.” “We’re redefining what church is,” Hablitzel said. “When I say ‘church,’ people think of large gatherings or meetings. But one of my ideas is that millennials don’t like the way we currently do church.” Hablitzel says it makes sense that the church would open a juice bar since Adventists are known for being “super healthy” and vegetarians. The Nevada-Utah Conference is planning additional “Press Together” juice bars in both Las Vegas and Reno. From Standard-Examiner, “Juice bar bringing health — and a little religion — to Ogden’s 25th Street.”

Florida Member Banned from Holding Bible Studies in Condo Commons. Donna Dunbar, a lay minister in the Seventh-day Adventist Church, and members of her weekly Bible study were told that they could no longer meet in the commons area of their residence, a condo building in Port Charlotte, Florida. A warning sign, “ANY AND ALL CHRISTIAN MUSIC IS BANNED,” was posted on an organ located in a commons area of the building. First Liberty Institute filed the Fair Housing Act complaint on her behalf. From Fox News, “Todd Starnes: Bible study, Christian music banned by Florida condo association.”

The GC and the Guam Government Reach Tax Agreement. The General Conference of Seventh-day Adventists and the Guam Department of Revenue and Taxation have reached an agreement in a year-long civil suit challenging the department's findings on the organization's 2011 and 2012 tax statements. The taxes totaled $546,000 with $208,000 in penalties. The parties have agreed to a judgment that will state the tax deductions in question have been proven and that, as a result, there will be no assessment of unpaid taxes or penalties against the SDA. The organization will then transfer operations of the SDA clinic into a Guam corporation rather than as part of the church nonprofit. The new corporation will file as an organization exempt from income taxes and the filing is expected to be implemented in 2019. From The Guam Daily Post, “Agreement reached in SDA tax lawsuit.”

Canadian SDA Mom a No-Show for Trial in Son’s Malnutrition Death. A Calgary mother accused of causing the death of her toddler by failing to take him to a doctor is missing ahead of her trial and warrants have been issued for her arrest. Jennifer Clark was ordered to show up at court Friday morning but did not. Clark and her husband, Jeromie Clark, face charges of failing to provide the necessaries of life and criminal negligence causing death after their 14-month-old son, John, died from a staph infection and malnutrition in 2013. John Clark was born at home and had never been taken to see a doctor. He died the day after he was brought to hospital. At the time of the couple's arrest, police said the family followed a strict diet based on an extreme interpretation of the Seventh-day Adventist religion. From CBC News, “Warrants issued for arrest of missing mom heading to trial in death of toddler.”

We are looking forward to innovating in ministry here in Ogden, UT. You can learn more @presstogether & presstogether.com. Our desire is to refine the model for one year before we open things up for other locations. The goal is to have a sustainable and easily reproducible model that can be implemented in any city for a low start up cost. Looking forward to what the future will bring. If anyone has any questions, would like a copy of our 66 page business plan, or would like an opportunity to discuss this project in person, just let me know. I will be at the Southeastern California Conference March 19-29 for some DMin classes. ryan@presstogether.com (916) 220-3857.