North Zimbabwe Conference President Allegedly Embezzled Church Monies. The president of Seventh-day Adventist North Zimbabwe Conference is under investigation for allegedly swindling the church of funds amounting to more than $ 20,000. The church’s auditors are currently combing through the church’s books following indications that Pastor Albert Mangwende, who has held the office of North Zimbabwe Conference president for 18 months, misused the church funds. Pastor Mangwende confirmed that the audit is ongoing but denied the allegations. “Yes, I am under audit although I have not received any official communication to enlighten me on what I am being accused of and any other details of what is really happening.” He denied having swindled the church, stating that there is a paper trail to show the North Zimbabwe Conference’s transactions. Pastor Mangwende said there have always been calls for him to be audited. However, he feels the calls are being driven by invisible hands seeking to tarnish his image.

The allegations triggered an outcry within the church, hence the ongoing audit. The church’s executive secretary of Zimbabwe East Union, Pastor Zibusiso Ndlovu confirmed the development. A member of the church who spoke on condition of anonymity revealed that church politics has rocked the SDA church in recent times, although most of it has reportedly been swept under the carpet. “Most senior members plot against their rivals in influential positions to topple them and lay their hands on the church’s funds,” the source said. The source added that factions and in-house hostility are slowly devouring the church which is believed to be one of the richest churches in the country. From The Sunday Mail, “SDA pastor under investigation for fraud.”

Andrews University Emerita Professor Pens First Christian Business Ethics Book. Annetta Gibson, professor emerita at Andrews University, has recently completed a new book, Honorable in Business: Business Ethics from a Christian Perspective. Written with contributions from Daniel Augsburger, professor emeritus who died in 2004, the book presents readers with a mental framework for approaching the world of business as an ethical Christian. The book begins by laying the foundation for a Christian worldview with principles garnered from Genesis and the Ten Commandments. It then applies these principles to a number of business ethics topics, including employee rights, discrimination, technology and privacy, insider trading and accounting fraud, and working internationally. Ralph Trecartin, associate provost and dean of the School of Business Administration at Andrews, said the book is “really an outstanding accomplishment, since, to my knowledge, this is the only book of its kind.” From The Herald Palladium, “Gibson releases new book.”

Former Teacher at SDA Schools Accused of Sexually Assaulting Three California Boys. Christopher Bispham, a former Collegedale, Tennessee, teacher, is accused of sexually assaulting three boys in California, two of whom he knew from Tennessee. He faces numerous charges including sexual battery and assault. He is being held in the Fresno County Jail and is due in court on June 26. Bispham previously taught at A.W. Spalding Elementary School in Collegedale, a private school associated with the Greater Collegedale School System. He graduated from Southern Adventist University in 2011.

According to court documents, Bispham was fired from Spalding Elementary after he was charged with a DUI. In 2013, he moved to California to teach at the Fresno Adventist Academy and shortly after began victimizing the boys, according to court documents. The alleged victims ranged from ages 10-14. Two of the boys were also from Collegedale. One of the plaintiffs is also suing the Central California Conference of the Seventh-day Adventist Church for allegedly negligently hiring, retaining, and supervising Bispham while he taught at the academy and for tipping him off that he would be arrested, according to a mother of one of the alleged victims. Court documents also allege that Bispham was allowed to take students on overnight trips and share hotel rooms with them. Bispham has pleaded not guilty to all charges and refused a plea deal. He faces up to 260 years in prison. From Times Free Press, “Former Collegedale teacher accused of sexually assaulting students in California” and from The Fresno Bee, “Former Christian school teacher to stand trial, accused of molesting four students.”

Baby Boy Cut from Adventist Woman’s Womb has Died. A baby cut from his mother’s womb during a brutal attack in April has died, a family spokeswoman said. Yovanny Jadiel Lopez had been in intensive care since his mother, Marlen Ochoa-Lopez, was killed in Chicago. The infant died Friday due to a severe brain injury, Julie Contreras said. The baby's condition earlier this week had been dire, according to his father's lawyer.

Yovanny's mother, Ochoa-Lopez, 19, was lured to a woman's home by an offer of free baby clothes, police say. She was then strangled and her unborn baby cut from her. Her body was found weeks later in a garbage can. Three people have been arrested and charged in the killing. From CNN.com, “A baby boy has died weeks after being cut from his mother's womb.”

And here is another news item about another Adventist, having an impact in his local community. This made the national news bulletins. 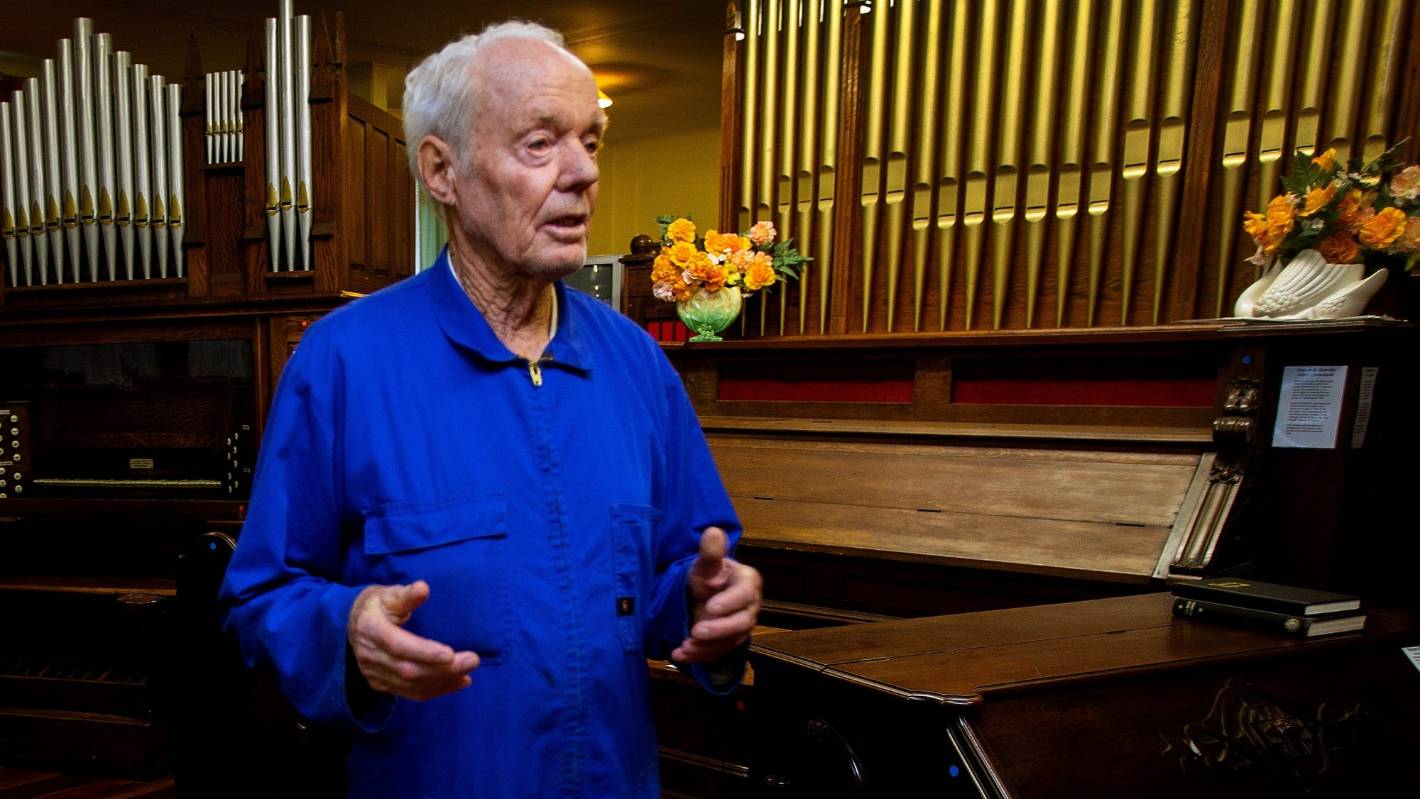 Iwi are upset over vandalism of a carved ancestral figure. The chainsaw-wielding culprit is not remorseful.

At least he is NOT living in Greece with all the ancient sculptures on the
outsides of the buildings as decorations!!!

Paul makes a big issue regarding Greed.
What this shows is that Christians AND Atheists are on a level playing
field when it comes to Desires.
As we READ — The LOVE [Desire] of money [things it can purchase,
provide] is the ROOT for evil.

Now if Ted Wilson really wanted to purge the church, he should follow the employment trail of this child Abuser. To put young people at risk is a crime. Note the range of the fall out at Penn State…

The face of a child rapist: 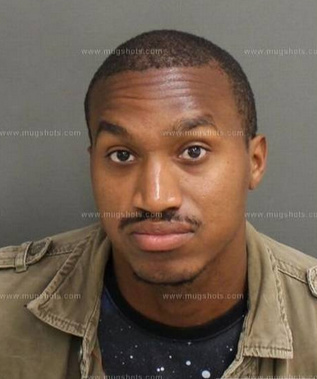 And how completely incompetent and outside the law is Fresno Academy?

“One of the plaintiffs is also suing the Central California Conference of the Seventh Day Adventist Church for allegedly negligently hiring, retaining and supervising Bispham while he taught at the academy, and for tipping him off that he would be arrested, …”

"Court documents also allege that Bispham was allowed to take students on overnight trips and share hotel rooms with them. "

What a completely offensive person.

"Wainwright said he knew altering the carving without permission would be met with some disapproval, and Mayor Tracey Collis had even warned him not to touch it after he had made complaints to Tararua District Council, the Department of Conservation and police.

“However, he couldn’t recall seeing phalluses on other Māori carvings, and believed the sculpture was beyond the pale. It was a moral imperative to remove it from public view.”

There goes the Tithepayers money down the tubes again…
Those people who were in any way responsible for or involved with this case (rape in school) should be fired immediately.

There goes the Tithepayers money down the tubes again…

Why I don’t give the church one red cent anymore. Except for my local church budget.

George –
a lot of people are going to have a nice increase in their bank balances
with the litigation of this event.
This is going to open the doors to asking if “anything happened in TN”.
A LOT of attorney HOURS spent in discovery of this case.
Not to mention Court Costs.
All THAT before monetary judgements [plural] will be handed down. Will
there be psychiatric after care for the victims [that will NOT be cheap]?
There goes Evangelism Funds.
LOTS of column inches in the newspapers to give notoriety to the SDA
church!

I want to be surprised.