Rethinking What It Means to Give 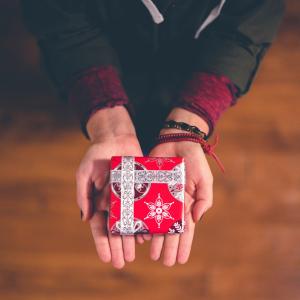 As 2017 comes to a close, we are writing to request your financial support. And to say thank you, because your previous donations have been so important to Spectrum’s increasing influence within Adventist decision-making circles.

We realize this request comes at an interesting time in the United States, with Congress having just passed major changes to the tax code while the Seventh-day Adventist Church launches a Sabbath School discussion of stewardship for the first quarter of 2018. Do you make charitable donations to get a tax deduction or because you believe in a cause? Perhaps both? Will that change in 2018?

Awareness of the importance of independent journalism within the Seventh-day Adventist Church has risen in recent years, and so have its supporters. We hope that doesn’t change, even though the tax code eliminates the ability for some to receive tax benefits from their gifts.

With your donations, you have made it possible for us to expand our onsite reporting, website and social media coverage, and investigative reports. You have made it possible for us to be a presence at major church events—and that has made the church aware of the need to be more open and transparent. The fact that major church business meetings are live-streamed has come about because of the coverage given to church meetings by the independent church press. You have made the voice of the laity heard within Adventism, because of your support of independent Adventist journalism. Thank you! You have been a blessing to our church community.

We hope that the Sabbath School reflections on Stewardship during the first quarter in 2018 will reinforce for you the importance of giving in the Christian life. And that you will continue to support Adventist independent journalism. Please keep that voice alive and thriving with a year-end gift to Spectrum now—whatever the tax consequences this year or next.

Give Today by clicking here.

Photo by Ben White on Unsplash

This is a companion discussion topic for the original entry at http://spectrummagazine.org/node/8468
ezbord (ROBIN VANDERMOLEN) December 28, 2017, 5:41am #2

TRANSPARENCY, ACCOUNTABILITY, and INDEPENDENT JOURNALISM are SPECTRUM’S clarion call and coat of arms.

Yes we have ADVENTIST REVIEW, NPUC’s the GLEANER, PUC’s the RECORDER
( and other constituency papers ), all necessary publications, but regrettably self serving, since the reporting staff is chronicling the local events, documented in their most favorable light.

Unfavorable items, no matter how egregious, are selectively edited out.

TW’s “ editorials “ are prolific and pretentious.

SPECTRUM is the “op ed “ page of Adventist journalism, with perceptive, penetrating and powerful analysis of significant trends in the church.

Most of the commentators are not church employees, and therefore can ventilate views without fear of reprisal.

I am in awe and open admiration of the prolific postings on SPECTRUM, all edited by a very small staff.

Also in admiration of the arduous (and expensive ) travel to far flung church conferences such as Autumn Council, and the London Unity Conference.

Knowing that there are independent journalists present keeps the Church hierarchy’s “feet to the fire “.

This dedicated crew needs our fervent, full throated endorsement,
and of course,
our open pocket books to fund their valuable contribution to Adventism and all
of us!

In 2011, I worked for 6 months at a Duke Energy coal power plant. Toward the end of that time a ‘geeky’ co-worker, who kept his nose buried in the internet through his cell phone, asked me what denomination I was.
(I did not work on Saturdays with the rest of the crew.)
I told him, "Seventh-day Adventist."
As he began to thumb at his phone to see what SDAs ‘believe’ I continued,
“Good luck. They’re all over the map !”

Forget wounded pride, it would be very nice to simply not be ashamed of the broken, ‘bi-polar’ – no, ‘multi-polar’ – denomination I was raised in. But what is even more painful is being helplessly mute and unable to contribute to making peace, not war, in that denomination in the face of the roar from too many bullies in pulpits who got there first, and whom are worshiped by too many overwhelmed followers. . . the pain of helplessness.

Last summer I worked in Minnesota in a region of 3-4 widespread SDA congregations pastored by one zealous bible-worker-turned-ordained-minister. When I emailed him and tried to explain that the ‘28 fundamental doctrines’ were in fact a ‘creed’, and were being used as such – as a tool to ‘dismember’ a church elder at home in Michigan, over ‘Trinity’ issues . . . – well, instead of conversing with me personally by email, I heard him preach from his bully pulpit on Sabbath that the ‘28 fundamental doctrines’ are, “. . . a picture of Jesus.”
? ! ?
Well, I would have had to make a real ‘picture’, a real ‘scene’, to stand up right there and tell the other mute ‘sheep’ in his ‘flock’:

“Jesus said, ‘If you’ve seen me, you’ve seen the Father.’ So, what your ‘pastor’ is really saying is, God, the Father cannot express Himself adequately to you sheep in His own ‘10 characteristics’, or through His own One ‘Word’, but requires SDA bull-ies to cast a 28-part idol-picture for you to follow . . . instead of that One Jesus who said, ‘Follow Me’. . . !”

What I really wish I could do is donate to a bribe fund to be used to convince the Father and Jesus and the Holy Spirit to give up on the briary and thorny SDA denomination, and go buy a more fertile field. Not very Moses-like, but Elijah understood the feeling.

‘Where is just one of those 7,000 you’re talking about, God, that has not bent the knee to those war-like bully pulpits ?
‘And, why does it take heathen ‘Greeks’ to simply say,
’“We would see Jesus.”, in your house, your church ?’

But, the worse the SDA denomination looks, the better God looks for enduring it, and trying to heal it, because I know that I can’t do that, not even with my voice. So what if SDA bully leaders hear the voice of ‘laity’ like me at Spectrum ? It is God that really hears that voice and will act in any truly effective way, not SDA leaders.

“And the LORD said unto Satan, The LORD rebuke thee, O Satan; even the LORD that hath chosen Jerusalem rebuke thee: is not this a brand plucked out of the fire?” Zechariah 3:2 KJV

Spectrum, then, has become a ‘more fertile field’, a ‘house of prayer, for all’ , ‘7,000 in Israel’, and more – from where the loud, idol-dealing, salvation-merchants have fled, so the poor and heart-sick can be heard pleading to Heaven for help and healing. . . and that is the ‘Temple service’ that the poor widow gave her Heaven-blessed ‘mite’ to support, and that is the same ‘prayer service’ that Heaven supports.

"Every pot in Jerusalem and Judah will be holy to the LORD Almighty, and all who come to sacrifice will take some of the pots and cook in them.
And on that day there will no longer be a Canaanite [merchant]
in the house of the LORD Almighty."
Zechariah 14:21 NIV (the last words)

Thankyou, all, at Spectrum, for your willingness to help God provide hurting SDAs, and more, with a safe place to pray in public, as ‘a people’ praying to their ‘God’. . . a privilege which the SDA GC might have enjoyed, but has apparently disdained.

"If my people, which are called by my name, shall humble themselves, and pray, and seek my face, and turn from their wicked ways; then will I hear from heaven, and will forgive their sin, and will heal their land."
II Chronicles 7:14 KJV