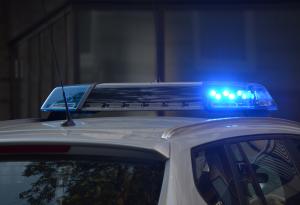 Shooting Occurs at Sumter Adventist Church Basketball Program. After shots were fired during an argument between two opposing team members at a basketball game in the Berea Seventh-day Adventist Church gym, everyone escaped injury according to Sumter, South Carolina officials. A sign posted on the gym's door prohibits firearms and other weapons. The purpose of the church's basketball ministry, Pastor Michael Miller said, is to provide an outlet for young people and others to learn positive life skills such as how to properly handle disagreements and how to be a better person. Berea's basketball ministry is known for its positive outreach in the Lafayette Drive community for the past 15 years. Each Thursday, 25-30 people attend basketball games held in the gym. Those who attend Bible study on Tuesday can play. "Berea's basketball ministry serves as an example of the efforts within Sumter to have a positive impact on young people and the community as a whole," Sumter Police Chief Russell F. Roark III said. "However, the best of intentions can't always anticipate or control the actions of others." From this incident, there are lessons that can be learned, Pastor Miller said. "The greatest display of power is restraint. Use your mind, and come to a positive result."

Church Pastor Accused of “Skinny Dipping” with Academy Students. An incident of outdoor nude bathing during a camping trip between chaperones and students from an Adventist school and church may have actually been skinny dipping between a pastor and students. A state Department of Children and Families (DCF) investigation launched earlier this year after a concerned parent reported the incident to the principal of South Lancaster Academy in Lancaster, Massachusetts. Heather Cook, associate pastor of the College Church of Seventh-day Adventists in Lancaster, allegedly took off her clothes and went into a public body of water in Maine with the female students, some of whom were minors, during an annual "senior survival" trip held by South Lancaster Academy.

Fallout from the incident led to Cook seeking a restraining order against Randall Gifford, a congregation member, after he spoke to her about the apparent skinny dipping incident and allegedly threatened her. "There was a field trip involved with minor children where the pastor disrobed and went skinny dipping with them," attorney Danielle Thomason, counsel for Gifford said at the Clinton District Court hearing. "Parents were outraged. Some parents weren't, some parents were." Judge Robert Gardner denied the restraining order request, stating that not enough evidence was presented to support it.

Two chaperones went on the trip in Maine. The Southern New England Conference identified one as a female church employee, who was placed on paid administrative leave and asked not to participate in any church activities. That leave was later lifted. The other chaperone was just identified as a female chaperone. Both chaperones have stated the nude bathing was for hygienic reasons, a letter previously released read. "Upon our initial review of the incident, we did not believe there was any ill intent. At the time we received this news, there was no suggestion or report that the students were physically touched," read a statement previously released by David Dennis, the president and communication director for the Southern New England Conference. The DCF has since completed its investigation, but findings by the agency are not made public. However, all criminal charges regarding the matter have been dropped.

From MassLive, “Nude bathing between female students and chaperones during a Massachusetts school trip investigated by DCF” and “Female pastor accused of skinny dipping with students during school trip sought restraining order against church member.”

Stockton SDA Pastor Runs for City Council. Lanston Sylvester, the pastor at Mayfair Seventh-day Adventist Church in Stockton, California, has announced he will run this year for the City Council seat currently occupied by Vice Mayor Elbert Holman. Holman has chosen to endorse the 53-year-old Sylvester, who currently serves as a Stockton Civil Service Commissioner. “[Sylvester] is committed to Stockton and has seen first-hand the challenges facing this community,” Holman, who represents District 1 in north Stockton, said in a written statement. “Lanston Sylvester, a new voice in electoral service, will bring a fresh approach based on his real-world experience of understanding this city.” In a statement of his own, Sylvester said, “Like Elbert, I will make public safety a priority and work to ensure fiscal prudence. I am truly humbled to begin this campaign with the endorsement of such an esteemed public servant.”

This is a companion discussion topic for the original entry at http://spectrummagazine.org/node/8503
frankpeachamvt (Frank Peacham) January 13, 2018, 12:48pm #2

Heather Cook, associate pastor of the College Church of Seventh-day Adventists in Lancaster, allegedly took off her clothes and went into a public body of water in Maine with the female students, some of whom were minors, during an annual “senior survival” trip held by South Lancaster Academy.

Sure sounds like an innocent mistake, during a “senior survival” camping trip, even though she had been an ethics teacher. No doubt Heather is a free spirited soul, an avid lover of the outdoors. Rugged individualism in the woods of Maine often does not fit with culture and custom. Probably every thru-hiker of the AT trail has experienced a necessary cloths-less dip in a lake, without a thought.

“As of April 2012, Heather is an associate pastor at the Atlantic Union College Church in South Lancaster, Massachusetts. She has spent seven years in ministry, two as the youth pastor at the Connecticut Valley Church, two as an ethics and religion teacher at Hong Kong Adventist College, and three in her present position. Heather holds a BA in theology from Southern Adventist University in Collegedale, Tennessee. She says, “I love people, creating, travel, running, pushing myself, and my babies.” Married to Dustan Cook, physical education teacher at South Lancaster Academy, Heather has twin girls, 14 months old, Elizabeth and Emmeline.”

Sure glad to see pastors involved with their communities, in public positions of influence. Yet my fear is that it comes with a cost. Politics with its power and money never lend itself to revival or reformation. Instead it creates compromises for the purpose of gaining political favor and retaining status, even under the guise of doing good. Once a person gains statues they will do almost anything to keep and to secure more of it. Much of Jesus’ ministry was focused on humility and attention to those not endowed with power, high position or money. It was the love of this that created the church of the middle ages.

As a responsible member of the LGBTQ community, I would be very concerned if my daughter was required to go on a mandatory school trip and encouraged by an adult to participate in a joint nude “bathing” experience even if by somebody of the same gender. If it were a male with male students there would be no question as to whether it was appropriate. Unfortunately there has been a mainstreaming of lesbian behavior via pornography that may be playing into perceptions of this issue. While it may have been “normal” in the past it is highly sexualized now.

One must seriously question the judgment of the teacher or preacher who did this, and that lapse of judgment would form reasonable grounds for termination of employment even if it does not rise to the level of a crime.

I am a strong advocate for equality in the pulpit and this poor representation by a female pastor hurts the cause of equality in ordination. For those on the fence, not all of us who support women’s ordination and LGBTQ rights are supportive of Heather Cook. In fact most of us are cringing with embarrassment.