After the recent acts of horror, the Seventh-day Adventist Church in France condemns all forms of violence, and more, under the pretext of religious intolerance or the imposition of a faith.

“These recent manifestations of violence that undermine human dignity are to be condemned. I take this opportunity to express our solidarity and our prayers for the families and loved ones of the victims targeted by these appalling attacks.”

When asked about the place that violence occupies in current events, Ruben de Abreu continues:

“This condemnation also applies to everything that unfortunately happens every day in other parts of the world. All forms of violence, whatever its nature, has no place in our society, and even less so in the religious world where tolerance, freedom of conscience and peace must be promoted.”

The Seventh-day Adventist Church works tirelessly for the defense of the rights and freedoms of each individual and for the preservation of life, values, well-being and security of citizens.

The original statement was published on this web site.

This article was written by Pedro Torres and originally appeared on the Inter-European Division. website.

This is a companion discussion topic for the original entry at http://spectrummagazine.org/node/10831
4 Likes
ezbord (ROBIN VANDERMOLEN) November 2, 2020, 5:22pm #2

I applaud this statement.

I own a home just eight miles from where this most recent atrocity by radical,Islamists occurred in Nice, France — right in their Catholic cathedral on the main boulevard.

Also, my daughter and grandchildren were in my home near Nice when a truck driver rampaged though a crowded street, killing dozens, after a fireworks display on a national holiday. Fortunately my family had decided not to go to the fireworks.

I also own a home in downtown Portland Oregon, where ANTIFA, the paramilitary arm of the Democratic Party, continue on an almost daily basis to create violence and mayhem. This has been ongoing for many months.

Portland’s once lovely downtown is destroyed with boarded up windows, graffiti everywhere and city parks ruined. Even a magnificent statue of Abraham Lincoln was toppled and defaced. An estimated 25 million $$$$$# in property damage.

And maybe even more nationwide violence by ANTIFA following the election ??

Will NAD put out a statement to condemn this ??

Will NAD put out a statement to condemn this ??

Should they? It seems rather strange that a religious institution should release condemnation statements for acts that are obviously incompatible with its belief system.

To me, many of these PR statements are more a form of organizational virtue signalling that these are about clarity of someone’s position. It’s not as if Adventist Church in France would be misconstrued coming out in support of beheading of they don’t put up a token PR statement of condemnation.

Are you saying that it’s strange that they put out statements (any statements) regarding things that would be considered an action that a Christian group would be against anyway?

I’m just trying to clarify so that I understand what you are saying.

In a very clear context that relates to clearly egregious behavior by individuals… I think a PR statement seems excessive, given that it’s already enshrined in their beliefs.

I think it’s important if they want to clarify their position to general public or membership , or use it as a display solidarity and sympathy.

Given that SDA church maintains political neutrality and tries not to take sides, I think it’s important for them to stay away from politicized perspectives… largely because the core assumptions of their moral framework is not of the secular humanism that many of these movements stem from.

I don’t disagree that these statements are gratuitous and should be unnecessary. They are about ideas or actions that a Christian individual, or group would, of course be against.

I would never expect them to speak out against ANTIFA anyway. I don’t think this type of discussion is in their wheelhouse. They keep things pretty basic and non-controversial.

ANTIFA, the paramilitary arm of the Democratic Party,

This article in the WP is helpful to understand what ANTIFA (Anti-Fascist) truly is: Anti-fascists aren’t masterminding violence — and they don’t care for the Democratic Party.

I wouldn’t say Democrats directly cooperating with Antifa, but if you go to Antifa site, it began redirecting to Joe Biden prior to election.

I don’t know. Are store owners of the stores they smash fascists? I’m not really sure what they are “anti” in that sense, because they are clearly expand the category of fascism to anything they don’t agree with. 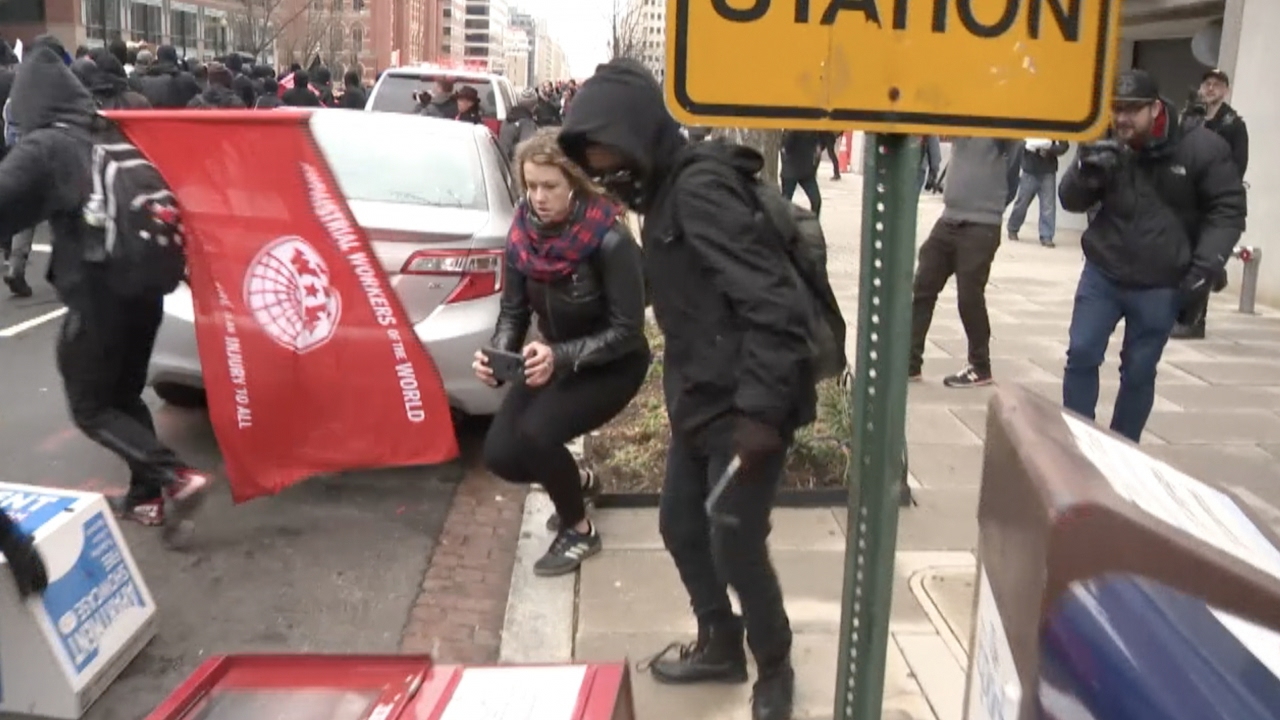 There are two distinct groups, the peaceful protesters and the violent crowds. Their missions and goals are are very distinct as well. It is clear who DT supports and incites.