Statements by Church Entities on the "Unity in Mission" Vote

Several entities of the Seventh-day Adventist Church have issued statements on the Annual Council vote on the "Unity in Mission" document. What follows are excerpts with links (if possible) to the full statements. This page will be updated if additional statements are released.

Discussion on the document from the floor of the General Conference auditorium resulted in many different statements both in favor of and in opposition to the proposed document. All nine NAD union presidents and a large number of conference presidents voiced their concern for more dialogue before the document could be approved.

Daniel Jackson, president of the North American Division, went to the microphone and referred to his own baptism in 1963. “When I was baptized I joined the Adventist family, and because of that I am part of a much larger group. I am an African, I am a Bolivian, I am an Asian. We all are part of something much bigger than ourselves. We are part of the Seventh-day Adventist Church and its mission....”

While stated that the document was generic in nature, many people can’t help but tie it to the issue of Women’s Ordination. In response to the document and the concerned voices in his division, Jackson, expressed his desire to reinforce the position of the division on the role of women in pastoral leadership. “I want to share my strong support for the role of women in pastoral ministry. Voted church policy allows for women to fill this very important position and this will never change within the North American Division. We want to recognize the calling that God has placed upon both men and women to spread our message of hope and wholeness to everyone that resides in the borders of our territory. We will do everything in our power to move forward with the mission that God has given us all.”

"TED Officers, working in partnership with the Unions will carefully study the document and see how the general principles of the document can best be applied within the culture and mission context of Europe. The TED sees the document as a general guideline and recognises the need for sensitivity and discernment as what has been voted has direct implications regarding decisions made by some of our Unions."

Raafat Kamal, President of the Adventist Church in the Trans-European Division, states:

“While I have attended recently a number of our union executive committees and extraordinary sessions deliberating the subject of women’s ordination, our members and leaders wish to be part of the world church family and recognise that our strength comes from the Lord united as a world community.” Kamal emphasises, “We need each other to grow together. To build a healthy diverse church requires that we provide opportunities for open dialogue and commend those who have the courage to discuss controversial matters, as well as having the determination to deal with them. We need to approach diversity with utter humility on our knees where we become again the learners if, in fact, we are to succeed in establishing diverse congregations of faith.”

Although the document was presented as a generic recommendation on policy matters, not designed to address any one issue in particular, we understand that it is directly related to the Pacific Union’s support for women in ministry.

Elder Ricardo B. Graham, president of the Pacific Union Conference, expressed his confidence in the ministry of women throughout the Pacific Union: “We know that God has gifted the Seventh-day Adventist Church for effective global mission through every believer, and we continue to seek the guidance of the Holy Spirit, who gifts people of every age, gender, and ethnic background according to His purposes.”

This is a companion discussion topic for the original entry at http://spectrummagazine.org/node/7694
tjzwemer (Thomas J Zwemer) October 12, 2016, 4:22pm #2

To put career barriers based solely on gender is unseemly and wrong. Tom Z

Re: Unity in Mission document

move forward with the mission that God has given us all.

document that impacts our mission

Am I being impertinent to ask what you all are referring to when you say “mission?”

It’s not at all clear to me. 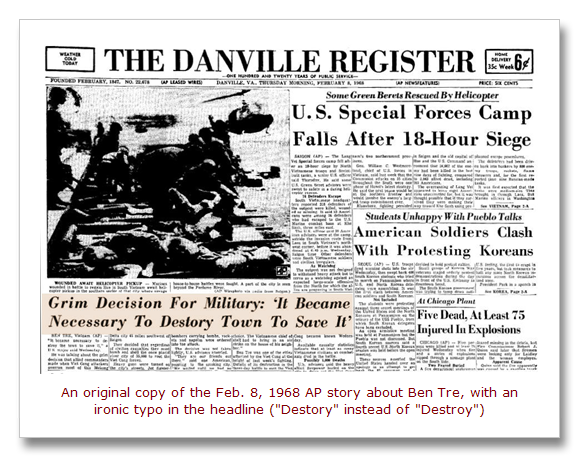 “It became necessary to destroy the town to save it.”

On February 7, 1968 , American bombs, rockets and napalm obliterated much of the South Vietnamese town of Ben Tre — killing hundreds...

There is a lot of context for this kind of thinking in EGW and the Bible.

I hope you are very clear on what your mission is.

Until GC 2015, the church at large seemed to live fairly peacefully with scattered ordinations of women in various unions. But with the voted resolutions, fuel has been added to the fire–replacing peace with animosity.

But it brings a positive opportunity, because ultimately the debates should help the church focus on the most important issue, how we read the Bible and apply it in practice. That is the root cause, and until we get better consensus on it, everyone will be free to beat each of over the head with their own viewpoints.

Sadly, I think reaching even moderate agreement on hermeneutics will be much more difficult than on women’s ordination.

the document was generic in nature

How much more hypocritical can one be? Ever considered, what Jesus had to say about hypocrasy?
Glad that some statements are rather more explicit.

My 30 year old daughter, a fully qualified family physician and an emergency room physician has just called me. She has expressed her angst at our inability to affirm women in ministry. At the moment she is anxious to introduce a German friend of hers to Jesus and the church in an authentic way. These present issues represent real stumbling blocks in the way of her doing that.

To put it simply - some are claiming the ethical high ground. Others claim the theological high ground. For the sake of Adventist unity we must search for ways in which to break the impasse. I believe we must seek common ground thru the following means:

A. Seeking for a common mission driven Adventist hermeneutic through which to interpret issues to do with ‘ordination.’

B. This must provide a foundation for working out a theology of leadership, ministry and mission including the real nature of ‘ordination.’

C. Out of such a theology foundational ecclesiological principles may be established to guide our practice of Adventist leadership, ministry and mission.

D. With the above 3 steps in place, Adventists may move confidently to policy reformulation as it has to do with ‘ordination’ and credentialing.

My 30 year old daughter, a fully qualified family physician and an emergency room physician has just called me. She has expressed her angst at our inability to affirm women in ministry. At the moment she is anxious to introduce a German friend of hers to Jesus and the church in an authentic way. These present issues represent real stumbling blocks in the way of her doing that.

Many of us parents are suffering from the same dilemma, sadly. There are so many different interpretations as to what is right or authentic depending on where we live globally. We are culturally diverse. This is a fact, just as the sky is blue, and doesn’t require a ‘fundamental’ to address it. We are tying ourselves up in knots unnecessarily. What is the solution?

Those Division presidents don’t have it easy. They know that their jobs are dependent of GC. A division has no constituency. The GC hires and fires them. If they chose to speak from their hearts they would lose their jobs and on their posts the GC would install some of its cronies. So they think it is better for them to be more diplomatic so they can do more for their divisions and for the women employed by the adhering unions. Therefrom their lukewarm response in these letters.
Therefor the Union presidents should speak out again. Now they are awaiting pastoral visits, consultations and pastoral letters with very much prayer and Bible with SOP. Maybe already on the next Division Excom meetings they’ll get the first doses. The Division Excom meetings always follow GC Annual Council. So we don’t have to wait very long - they’ll be in November.

Why would the church need such a document when we already have procedures and polices to deal with earring fields and individuals. From my point of view it is the leadership style of Pastor Wilson who wants to intimidate, coerce and minipulate people. This document is not needed.

Reading through the comments its easy to see rational thought is in limited supply.
So many willing to blame Wilson for everything.
It really is a commentary on how poor a knowledge of church organization they possess.
Given that is the case…why would they have the tools to actually understand the issues involved or arrive at a correct conclusion?

It should be fairly easy to share one’s own point of view on any topic without disparaging those points of view that are shared by others. What has gotten into us?

The devil mayhap? Great clouds of sulfur in the wind!

So many willing to blame Wilson for everything.

Wilson himself and his cronies designed the question voted on in San Antonio, leveraged the vote, made the vote October 11 a divisive issue, instead of being unifying. He leveraged his political power to make sure he had the votes to create a continuing division over a non-fundamental belief he has elevated to a black-and-white “satanic” issue.

I have carefully read the Unity in Mission document. I am amused at the logic and Biblical basis that it offers.

Frankly, to draw these parallels is completely fallacious. There are no parallels in these ideas. None.

If the document is read seriously, then I can conclude that an organization is only a person. I cannot reasonably draw that conclusion. On that basis alone, the document cannot be considered a reasoned approach to organizational conflict.

But at an even deeper level, there are more errors of thought.

The first is that there is a thing called absolute truth. This concept completely ignores the fact that ALL humans use models for thought. Literally, there is no other way to think. If the history of science is any indicator, models come and go regularly. Thus it is fair to say, all models are wrong. Some models are useful.

Secondly, it is an error to presume that all will agree on an item being an absolute truth. That is, if there is such a thing. The very existence of the SDA church is evidence that presuming agreement on an item being “truth” is ridiculous. The entire Protestant reformation history shows again and again, what is one person’s truth, is clearly the next persons error.

Shucking down to the cob: The document “Unity in Mission” is completely unreasonable. It completely ignores the fact that what the SDA church is facing is organizational conflict. Bluntly, the Bible provides no useful counsel on that topic.

However, history does provide useful (note the word useful) insight into this. Either, the leaders fully acknowledge the difference and make accommodations for those differences, or the organization divides along the fault lines of the differences. There are no alternative examples.

If the leadership of the SDA church continues on the “Unity in Mission” policy trajectory, the church will divide. That is the message from history. It is not my opinion.