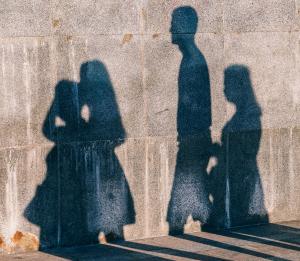 As Jesus was preaching in Israel, parents started to bring their young infants for Him to bless. The disciples became frustrated with this and started to push the parents away. Jesus responded with words that ring true today: “Suffer little children to come unto me, and forbid them not: for of such is the kingdom of God. Verily I say unto you, Whosoever shall not receive the kingdom of God as a little child shall in no wise enter therein” (Luke 18:16-17, KJV).

Recent events in the United States have brought the news of young children being separated from their parents as they cross our borders. The Seventh-day Adventist Church in North America joins other faith-based groups in expressing concern over these actions, and it is deeply worried when biblical texts are used by those in power to affirm them. We strongly encourage all political parties to quickly seek a joint resolution that will not only bring these separated families back together, but also keep this from ever happening again. We affirm the right of our government to protect its borders and enforce the law; but it is a moral obligation of this country to protect all who cross our borders. Romans 13:10 guides us with these words: “Love worketh no ill to his neighbour: therefore love is the fulfilling of the law.” Please join us in praying for the families that are currently separated and fearful for those they love. May they soon find peace and joy in each other’s arms.

This statement was released by the North American Division of Seventh-day Adventists and originally appeared on their website.

Photo by Fancycrave on Unsplash

People at our Southwest border are seeking to find a land of opportunity for themselves as well as their families; they should not be viewed as the dregs of the human race. This is especially true of their children who are the innocents in this plight.

Children should not be the pawns in a political chess game in the debate over immigrant policy between the political parties. In 2002 at the UN Nelson Mandela said, “History will judge us by the difference we make in the everyday lives of children.”

Immigration policies and laws are essential to the security of a nation. However, humane treatment of and passion for people seeking a better life should be an essential part of how people are treated, regardless of where they came from, because if one is standing at the gate, the gate needs to be a gate, not a weapon.

We have been entrusted to spread the Advent message and know that the call to come out of Babylon is the message of our time. Many are seeking refuge and fleeing to Europe, North America and other safer shores. These precious souls are being brought to our shores from many places where the message would otherwise be impossible to bring. Our church and our members can use this as an opportunity to provide these with Gods message through direct assistance, acts of hospitality and evangelism. It is my impression that God himself are bringing these to our doorstep. How can we harbor anger and resentment and deny them access to the message which we were by accident of birth gifted by God.

Irreparable harm. Terrorizing through inhumane treatment causing possible PTSD. Who could do this for political advantage?

Perhaps you have never had to escape rape, gangs, oppression and seek asylum? The children are being torn apart before any hearings for asylum. Have you been in those shoes?

Would you steal bread if your child were starving? Everything is not black and white, especially when it involves persecution and terrorizing children. How can you defend that?

The alternative is to set up family detention facilities near the border and then wait for the inevitable child or adult rape accusations.

The world is a horrible place! It’s terrible for people living in these situations, no argument there. How is tearing down our already pourious borders going to solve anything besides destroying our country? Then, where will legal immigrants go? Maybe the answer is to export democracy and the rule of law instead of doing the opposite?

Is it too early for the second beast that had two horns like a lamb to speak like a dragon? Rev 13:11

And… WHO controls the Congress, again?
Just silence from the Congress. Who would tell, huh???

Which one crime is worst, trying to find refuge in a land that brags to be the land of the free, or tearing families apart like this?
You judge. Don’t have to tell us what you think. We kind of may know your final verdict anyway!..

Let us get our facts straight here:

The majority of “refugees” seeking “asylum” are from three countries:

Strangely, we find zero “asylum seekers “ from the other inter American countries COSTA RICA and PANAMA.

Because Costa Rica is not like the other three, infested with corrupt politicians, drug lords and gang lords. All these countries are fertile, agriculturally rich countries with good natural resources, but lack of good governance in three of them, has made them unlivable, creating a mass outward migration.

MEXICO, was recently designated the most dangerous country on the planet because of its horrendous murder rate and drug lord dominance.

Until these populations vote themselves, good governance, pristine politicians and strong sheriffs, we will continue to see a migration of tens of thousands northwards, to camp on our southern border.

Regrettably we are TWENTY ONE TRILLION DOLLARS in debt, and do not even take adequate care of our own American homeless population, nor our own inner city slums before admitting millions of new homeless to our shores.

Yes, it is abysmal, outrageous, horrific to separate children from their families. Let us find a better way:

A much simpler deterrent to these “refugees “, until they get their own political house in order, is to separate these predatory border agents from these vulnerable families . A thirty foot high wall would effectively deny access of these border agents to these families and no further family separations would be possible,

This barrier would also hopefully diminish the flood of narcotics/opioids/heroin into our land.

George, Separating families is not a good idea! Parents and children should be deported together! Unfortunately, it is the law! The law needs to be changed ASAP! It’s a shame that one party will not allow this to happen, as they would rather have the pictures of “kids in cages” than fix this! This could be fixed today!
The USA is not the bad guy here! Look at the countries who treat their people in such a way that they feel the need to escape!

A 30 ft wall between the USA and Mexico is a useless proposal and will add to the $21 trillion debt since Mexico won’t pay a dime as promised. Ever heard of tunnels and 31 ft ladders? Use my taxes to house and feed the migrants as family units until a solution is reached. A 1,000 ft wall won’t work either. Why? There is a longer Canadian border on northern side basically open and there is entrance by Air. The USA simply needs leadership to change the law and handle this issue.

Oh how easy it is to say “…and handle this issue.” without any suggestions. Asking “what would Jesus do” isn’t a universally useful question that spits out an obvious diplomatic, political, social…response to every dilemma.
What would Jesus do with North Korea?

Perhaps you could have said rather than spending all the money on better border security, half could be put to trying to improve conditions in the Central American countries producing most of the migrant flow.

My earlier post was asking about the beast that had two horns like a lamb (The USA) is already speaking like a dragon Rev 13:11. I guess no prophets picked me up on that question. Speaking like a dragon = draconian laws like great severity under the zero policy law to separate children from parent. A small offense but give them a heavy punishment. The truth about the migrant flow that has not been told. US citizens and migrants are flowing in big numbers into Canada via the open northern border? See this link https://www.bbc.com/news/av/world-us-canada-40879869/canada-s-migrant-crisis-hundreds-crossing-us-border-daily so half of the money could be put to trying to improve conditions in the USA to stop that migrant flow. Should Canada build a wall? Do we really need a Great Wall like China, the Berlin Wall. Remember this speech “Mr. Gorbachev – tear down this wall” Ronald Reagan, June 12 1987. No.

That is no excuse, however, for politicians to lie and whip up bigotry. And there’s even less justification for some leaders in the Adventist church and some conservative pundits to go along with it by calling for adherence to the laws and not calling out for change in this practice of separating families.

A recent article in the New York Times lays out the case why our present actions against immigrants is so wrong:

The president will discuss immigration with House Republicans at a conference meeting planned for early Tuesday evening, according to a Republican aide.

Democrats said Mr. Trump and congressional Republicans who are backing the legislation to be considered next week are misrepresenting the issue.

“Any notion that this bill ends family separation is a boldfaced lie,” said Representative Bennie G. Thompson of Mississippi, the top Democrat on the Homeland Security Committee. “The Trump administration is brutally separating families at the border because they choose to as a deterrent.”

Let us also remember that by bringing the Bible in as a justification for this atrocity is unconstitutional as well.

You’re absolutely right, Mr. Tichy. With exception of the African brought here unwillingly and in bondage; their families likewise completely pulled apart because of greed; placed on an auction block similar to the ones on Wall Street; people from Europe and Asia were criminals that stepped on American soil… is that correct? Isn’t that why we have a constitution? However, we have license to do criminal acts and enforce it by unconstitutional laws?

The fact is there is there are border walls and fences all over the world. No doubt millions of Americans might cross into Canada if they actually knew about the better social safety net and living in south side Chicago qualified them as a refugee.
Sure spend billions more on a better safety net for Americans but common sense dictates that an easier path to residency on top of that will catalyse the migrant flows.