In this week’s news round-up, GC President Ted Wilson addresses abortion issues during his visit to Jamaica, a news report compares Adventist and Catholic health systems on abortion and gender issues, Kenyan tribal disputes in Nairobi Central Seventh-day Adventist Church are laid bare in the High Court, Adventist church members in Dallas journey to El Paso to protest the proposed border wall, and in South Africa a court upholds an employee’s right to not work on Sabbath.

General Conference President Ted Wilson Addresses Abortion Issues in Jamaica Visit. President of the Seventh-day Adventist World Church Ted Wilson stoutly defended the sanctity of human life. “Seventh-day Adventists believe in the sanctity of life. We believe that God created human beings on the sixth day of a literal seven-day week and rested on the seventh day. When God created man, and then woman, he created the opportunity of procreation. “The Bible says that He indicated that they are to be fruitful and multiply, so we believe that life itself is a beautiful, sanctified gift from God,” Wilson stated during a press conference shortly after his arrival in Jamaica for an official visit in Montego Bay, St James. Noting that it is a personal issue, he argued that in cases where mothers’ lives are at risk some may go the abortion route, “but the SDA are strong supporters of the sanctity of life.” “Most Seventh-day Adventists would be very supportive of the sanctity of life and not in favor of abortion unless the mother's life was in danger or perhaps there was incest or rape involved, and that is left to the individual to decide, at least in some countries,” Pastor Wilson said. The clergyman, at the same time, charged Jamaican legislators to pay attention to the will of God in the preservation of life. “We do urge that lawmakers give strong adherence and cognizance to the sanctity of life,” said the world Adventist Church leader. But, he was quick to point out that while the Seventh-day Adventist Church conveys the teachings of the Bible, it is not its custom to interfere in a country's politics. From Jamaica Observer, “World Adventist leader says no to abortion.”

Adventist and Catholic Health Systems Compared on Abortion and Gender Issues. Rewire.News has reported extensively on the spread of Catholic hospitals which restrict access to abortion, sterilization, and most contraception, and account for one in six acute-care beds in the United States. But Seventh-day Adventist facilities, which have their own rules on reproductive health care, control a growing swath of the health-care landscape — and their policy arm just opened an office in Washington, D.C. There are about 90 Adventist hospitals and 350 affiliated provider organizations in the United States. The Seventh-day Adventist Church opposes abortion, assisted suicide, and the “homosexual lifestyle” but approves of contraception, sterilization, and in vitro fertilization. “We believe in a creator who has given us choice, and that’s what overarches the approach that we take,” Carlyle Walton, president of the Adventist Health Policy Association, told Rewire.News in an interview. “We think that infringing, for want of a better term, on people’s choices is not something that God has called us to do.” But that position does not extend to abortion care. Loma Linda University Health, a California-based Adventist system with six hospitals, said in a statement that it offers abortions “only in situations in which the fetus has a condition that is incompatible with life, or in a situation when the pregnancy is life-threatening to the mother.”

Loma Linda University Health said in a statement that it “does not have an organized program offering gender-affirming surgeries and hormone prescription services,” but “offer[s] treatment to transgender patients for their healthcare needs across our system.” A spokesperson did not say if such treatment includes hormone therapy or surgeries. (Catholic systems often refuse to perform gender-affirming surgeries.)

Adventist systems that merge with their Catholic counterparts have made efforts to preserve access to reproductive health care. When Adventist Health and the Catholic St. Joseph Health System announced plans to form a joint operation in California last year, the deal specified that Adventist facilities would not follow the Catholic directives. That would allow both companies “to operate in a manner consistent with their own ecclesiastical standards,” the proposal to state regulators said. Centura, a Colorado-based provider that is the largest in the region, is sponsored by Adventist Health and Catholic Health Initiatives (CHI). Community hospitals absorbed by Centura can reportedly pursue sponsorship by Adventist Health instead of CHI to avoid the Catholic rules. CHI is now merging with Dignity to create the nation’s largest nonprofit health system, raising a broader set of concerns around reproductive health access.

Walton acknowledged these workarounds could confuse patients, many of whom are unaware of religious affiliations that can affect their care. But as he prepares to lobby members of Congress, Walton said he is focused not on reproductive health care, but on advancing the Adventist value of “human wholeness.” He cited Adventist health systems’ efforts to address homelessness, food insecurity, and lack of potable water as examples. “We have committed to a presence in D.C., and to becoming more engaged in debate on a national level relative to the transformation of health care,” Walton said. From Rewire.News, “Meet Another Religious Health System Restricting Reproductive Care.”

Kenyan Tribal Disputes in Nairobi SDA Church Continue in High Court. Enock Kinara, head elder of the embattled Nairobi Central Seventh-day Adventist church, and other elders say pastors Jean Pierre Maiywa and Peter Nyaga sowed seeds of division when they faulted the composition of a nominating committee for being dominated by one tribe. The demand for “tribal” representation sparked a bitter row.

The church squabbles, pitting two pastors against elders, were laid bare before the High Court even as Justice Pauline Nyamweya recused herself from the case because she is an Adventist. Maiywa convened the special organizing committee and communicated that he had received complaints from church members (whose names he did not disclose to the committee) to the effect that the proposed names for the nominating committee contained in the special organizing committee’s report were skewed toward one tribe, Kinara said in court documents. He added that the communication caught him by surprise as he could not understand how the details of the report were circulated to church members since the document had not been made public. “To the best of my knowledge, this was the first time in the church’s history that the tribal angle aspect had found its way to matters pertaining to the election and appointment of church officers,” he said.

In their affidavit, elders Humphrey Macharia and Gerald Ongoro say even though church appointments ought to reflect diversity of the congregation, the election and appointment of officers has never been based purely on tribe but rather on whether they are men, women, or the youth. But Pastor Maiywa has dismissed the accusations, saying the elders failed to exhaust internal dispute resolution mechanisms. He wants the case dismissed. From Standard Digital, “Pastor wants SDA church case dismissed” and “Cracks in Nairobi SDA Church as group in quit threat.”

Dallas Adventist Pastor and Congregants Protest Border Wall in El Paso. Recently, at the U.S./Mexico border in El Paso, Texas, hundreds of residents took to the streets to protest the building of more physical barriers along the edge of that city. Among the weekend protesters were 53 members of a Seventh-day Adventist church in Dallas. Their pastor is Jaime Kowlessar. “Jesus was a migrant. You know, the Bible talks about — he had to flee to Egypt because of danger. So how can we profess to love Jesus and what he stands for, but we show hatred towards those that are running from the same thing? So this is our faith in action,” said Kowlessar. “We actually had a waiting list of some people who wanted to come. And so we are going to plan another trip.” From NPR, “In El Paso, Hundreds Of Protesters Denounce Trump's Border Wall Plans.”

Court Upholds Employee’s Right to Not Work on Sabbath. In South Africa, a Labor Appeal Court affirmed the right of an unnamed Seventh-day Adventist employee to not work on Sabbath. Jacques van Wyk, director and labour law specialist at Werksmans Attorneys, said “Her employer allocated Saturdays for stock taking as normal business operations and did not allow for it to be done during the week or on Sundays. All managers were required to participate in stock taking and it formed part of their training. Due to the commitment to her faith, the employee was unable and unwilling to attend stock takes, van Wyk said. When her employer confronted her about her absence, she acknowledged the importance of stock taking but explained that she was unwilling to compromise on her religious convictions. Instead, she proposed alternative working arrangements to attend to the stock takes but her employer did not meaningfully engage with her in this regard. Her employer subsequently dismissed her for incapacity. “The LAC found that the dismissal was automatically unfair and awarded Faris the equivalent of twelve months’ compensation for her dismissal,” van Wyk said. From Business Tech, “A South African employee was fired for refusing to work overtime for religious reasons – here’s what the court said.” 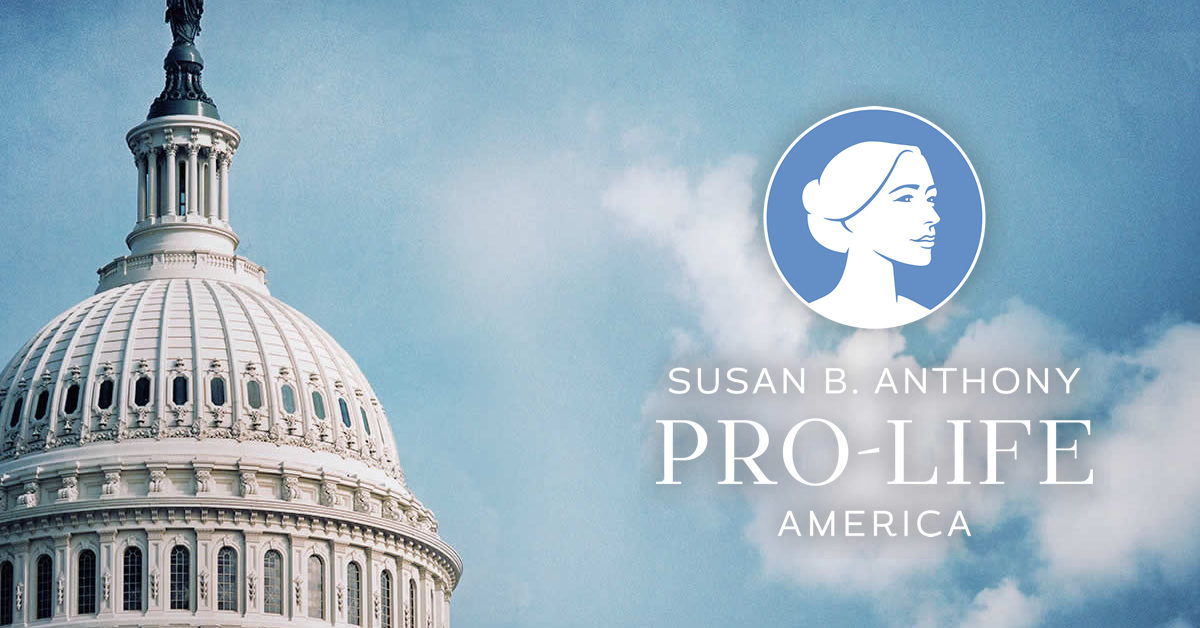