Ted Wilson's Political Bias: A Photo-Op With a Fascist

On Monday, June 6th, during the 2022 General Conference Session president’s report by Ted Wilson, a video was played depicting the Seventh-day Adventist church’s recent evangelism-focused intersection with political conflict in the Philippines. Through the work of Adventist World Radio, after several decades of opposition to the government which began during the dictatorship of Ferdinand Marcos, many rebels of The New People’s Army joined the Adventist Church, gave up their weapons, and received amnesty from the Philippine government. In a two week evangelistic series as the capstone to this story, Wilson met with Philippine president, Rodrigo Duterte, in November of 2021. While the Adventist press framed it as a feel-good story, the reality raises questions about this official Adventist political association and the wisdom of this photo-op.

By failing to speak against the Philippine leadership’s criminal actions and that of the rebels, the Adventist church’s relationship with a fascist reveals our own leadership’s bias.

i think this is a bit of a stretch…highlighting good qualities and achievements and omitting objections or mention of grievances is standard preliminary diplomacy…obviously if the adventist church pursues this “relationship” further, the opportunity to raise concerns artfully and tactfully will present itself…at that point, and because of the success of this initial encounter, such concerns will be taken more seriously than if some diatribe about what is wrong in the Philippines, proclaimed by Americans, of all people, were any part of the background memory of the preliminary meeting…

in addition, i see no chance that any thinking person would transfer Duterte’s fascism onto TW any more than they’d transfer TW’s spirituality onto Duterte simply because of a successful initial encounter between the two…character is perceived and felt even when it’s on an unconscious level…but the landslide elections of Bongbong Marcos and Sara Duterte (59% and 61%, respectively) suggest there are nuances to the situation in the Philippines that onlookers aren’t necessarily privy to…

God gave His life for all sinners. While Christ lived on this earth He mingled with sinners. The thief on the cross is an example. The rebels surrendered their lives to the Lord and went on to win others for the Lord and are still engaged in ministry. Pastor Ted Wilson ministered to the leader of the country. Our job as Christians is to minister to people and not to condemn them. All have sinned and fallen short of the glory of God. Could it be that some of us are so focused on finding faults in Pastor Wilson so much that we miss godly acts he performs with God’s help? So the rebels who repented should be condemned? Some people have suggested that if human beings were responsible for each’s salvation in terms of judgement, no one would be saved because we are too harsh towards each other. An example of that is the woman who was caught in adultery; Jesus did not condemn her, but the Pharisees were ready to stone her to death! and yet they too were sinners. So you are perfect right? Thanks be to God for He is our judge, Allelujah!!!

I would suggest that who ever is in charge of photo ops, is not doing their job properly…ie praying before a stack of the G Controversy as well. It is not what person says, but how they act. SDA’s have long preached about ‘appearances’ and still do, so is this the correct appearance stance?

While I see the difficult this conflict this poses, and maybe the optics aren’t great, a part of me can celebrate the deeper issue. That lives have been changed and more peace and safety has come to communities that once suffered under drug lords is worthy of celebration. Maybe we can hope that even Duerte comes in contact with the radical message of Love and recognizes that violence only brings more violence.

The issue is not that TW met with Duterte, or gave him a Bible study. The issue is the photo op. What is the purpose of the photo? Does TW have a “autograph” wall in his office. Is it the church self-promoting? I would suggest the same result could have been achieved without the picture…

On December 21, 1970, Elvis Presley-who eventually died due to medical issues brought on by an over indulgence in drugs-was photographed after a meeting with President Nixon at the White House, 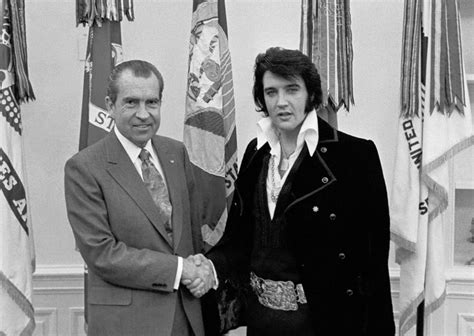 Nixon had agreed to the meeting in the hope that it might increase his credibility with America’s youth who were, at the moment of the picture op, fighting and dying in futile battles with communists on the back side of the planet.

Elvis had met with Nixon to offer his services as a weapon in the war on America’s drug-taking youth, whom he considered unpatriotic hippies.

IOW, both men seem to have hoped that the reputation of the other would enhance his own in an “I’ll scratch your back…” scenario.

History has shown that it didn’t work out for either.

While I don’t consider myself to be a prophet, the image of Duterte meeting with TW reminds me of that encounter.

President Duterte is a fascist. That is not an accusation but something he has publicly expressed he desires to be.

According to the official Communist Party of the Philippines’ (CPP-NPA-NDF) playbook, all Philippine presidents are fascists, Starting with the first, Manuel Roxas, who assumed office immediately following the end of WW2 and the granting of the country’s independence by the United States of America, to the present, all Philippine presidents served as tools of globalizing capitalism and semi-colonial imperialism. 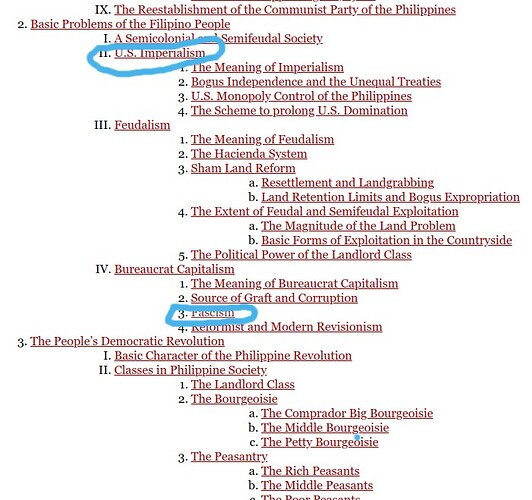 I don’t know if this additional background info will make us feel better or not. Or, did I add to our collective discomfort? In any case, since we’re commenting on the photo-op, given a situation that was arranged for him by local church officials, whether or not he was given advance briefing by our Religious Liberty and Public Affairs department, Elder Ted Wilson appeared to have acted and spoken appropriately and commendably, in my opinion.

Regarding President Duterte’s self-confessed fascism and Hitlerian persona, I’m guessing he was speaking to two audiences: 1) law abiding citizens (Joke only!) and 2) blatant violators of the law (This is not a joke!). No, please, I’m not excusing his peculiar application of the no-one-is-above=the-law principle. Far from it. Nevertheless, yesterday, I watched online as he bade farewell to a grateful nation, officially transferring the responsibility of the office of president to his successor while he undoubtedly still enjoys an unmatched popularity rating that is better than any of his predecessors.
@vandieman

Has the author even interviewed Filipinos living in the Philippines? I highly doubt it. A few days ago, Pres. Duterte completed his 6 year term as one of the best Philippine President ever have. (Not resign, as the author is implying.) The Filipinos are literally crying that his term has ended. President Duterte enjoys an 85+% trust rating among its citizens, even at the end of his term… a rating we have never seen even in other nations. The author seems to be following the liberal media narrative, does the phrase “fake news” sounds familiar? Smh…

Putin has the following of the people from his country, Vladimir Putin’s approval rating in Russia monthly 1999-2022

In June 2022, over 80 percent of Russians approved of activities of the Russian president Vladimir Putin. The popularity level saw an increase during the Russian invasion of Ukraine that started at the end of February 2022. During the COVID-19 lockdown in the spring of 2020, the rating declined, before increasing again in the late summer of that year.

So, does popularity percentage indicate ‘the best’?