Welcome back to Imago Gei, a podcast dedicated to the value of Imago Dei, because equality and dignity are what we impart when I see the image of God in each other. This week, host Kendra Arsenault continues her conversation with Pastor Alicia Johnston, the author of her new book, "The Bible and LGBTQ Adventists,"where she addresses queer theology and answers a number of questions about the Bible and what it has to say regarding LGBTQ persons, relationships, origins, and marriage. We are picking up our conversation around how institutions often create standards that are difficult for marginalized communities to obtain to and what a more inclusive community of faith can look like.

This is a companion discussion topic for the original entry at http://spectrummagazine.org/node/11950
Harry_Allen September 3, 2022, 1:39pm #2

I agree with @aliciajohnston: Many Christians, including many Seventh-day Adventists, read the Bible badly.

They often go for the easy, first overview of a verse. They do not consider it in context, even of what precedes or succeeds it. They certainly do not often seek its meaning in the ancient languages it was written, or the customs of the culture to whom it was first addressed, in order to grasp what it would have meant to its original audiences.

Most of all, we typically fail to ask, or reflect on, why the text is there, and what it tells us about God. So, if her argument is that Christians take on the Bible superficially, she’s correct, and she’s clear on this.

However, if so, Johnston’s coyness could be seen as a form of pastoral malpractice.

My chief criticism of Alicia Johnston’s last appearance on Spectrum, a little over a year ago, was that she didn’t press her argument. In other words, she didn’t make a case to SDAs, like me — ones who believe the practice of homosexuality is outside of God’s will for human beings — re: why we should reverse that opinion. She repeats that error, here.

At the time of her original interview, the late Robin Vandermolen deemed me having “condemned” Johnston’s book, “out of hand.” But, as I told him, mine was, essentially a media criticism. It was about using one’s time effectively when one a) has a product, b) gets an opening, and c) is in an adversarial, underdog position.

I didn’t expect Johnston to read what I wrote, let alone do so and take it to heart. But I wish she’d done so, then taken it to heart.

In my opinion, Johnston needs to come up with a “stump speech”; one she can give over and over and over, in about 20 minutes. (Again, as I noted in June 2021, this is what one of her primary antagonists, Ryan T. Anderson, has done to great effect.)

When in front of live audiences, she should then give at least another 40 minutes to taking questions from the group. When not in front of one, she should repeat some of the more difficult queries she’s received and the answers she gave, including inquiries she could not answer.

Doing so would give those Adventists who disagree with her an opportunity to at least consider her ideas. That is not really happening so far, because she is not openly saying what she believes. At least, she’s not doing so when she’s on Spectrum.

Instead, she’s mostly talking around these points. In two consecutive appearances, totaling 68 minutes, it’s only when Arsenaux, near the 57-minute mark, asks her to address the clobber texts that she does. But, even then, she does so very indirectly.

She says she often challenges “trolls” to be “consistent,” asking them if they think we should take verses like 1 Samuel 15:3 — where God says to wipe out an opposing, Amalekite force, including “women, children and infants” — “on its plain reading,” also.

To which I’d say:

b) Do you think women, children and infants will be destroyed at the 2nd Coming?

Indeed, it’s the host, not her guest, who gets to the heart of the matter, near the 63-minute mark, when she asks, “How is two people, consensually, of age, choosing to marry each other, how is this hurting someone…tangibly…like, actual damage to people?” 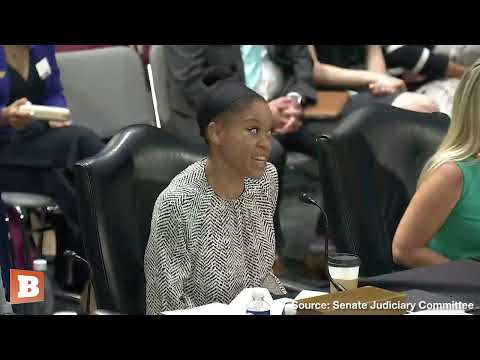 Arsenaux never says what she considers “tangible” or “actual damage.” For example, there are members of and allies to the transgender community, above, who say even the act of asking a question — like Arsenaux has done — can open their protectees “to violence.” So, I’m not sure how to address her riposte.

I say this because, if so, how would one determine such a thing, or agree upon it?

Human senses can be fooled by mere optical illusions, above. Doctors used to recommend Lucky Strikes and Camel cigarettes to patients in magazine ads. Why should we be so convinced the damage we do not perceive isn’t there? The question the Christian should ask first is, “What does God say about this?”