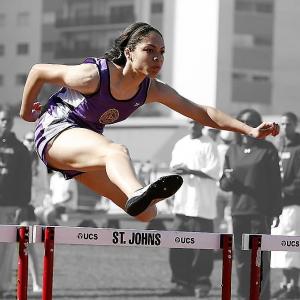 Your word is your bond. That saying is often followed by the idea of a firm handshake that signifies a promise or vow that will not be broken. As time has progressed we have created formal ways to acknowledge promises and covenants including writing them down in contracts. Why? As humans, we tend to break our promises. We fail to live up to our word and make excuses.

Controversy addressed in this week’s lesson arises from a promise. A promise that was put in place when Adam and Eve sinned in the Garden of Eden. At that time God promised he would send a redeemer. “When they fell to sin, the law was not changed but God gave the promise of a Savior. Sacrificial offerings pointed to the death of Christ as the great sin offering.” E.G. White, Beginning of the End, p. 177. The idea of redemption and the redeemer was shown over and over in the sacrificial systems in Leviticus and in the sanctuary. In order to cleanse from sin, a pure symbol/animal served as a sacrifice to bear the sin of the person confessing. The sanctuary itself served as a physical embodiment of the story of redemption.

When Christ came to Earth and was crucified, the need for the symbols of redemption (the sacrificial system) ceased to exist. The promise was fulfilled and there was no longer a need to point to an event that had already taken place. Part of this type/antitype system was circumcision. Acts of the Apostles points out that the Jews felt threatened by accepting Gentiles into Christianity without requiring circumcision and following the entire ceremonial laws, then, they (Jews) would lose what made them special. A valid concern raised by the Christians of the time was that the Gentiles entering the church might not give up certain practices that were inconsistent with Christianity, including worshipping idols. As a result, Gentiles faced an extra step before becoming Christians. In essence, Gentiles had to be circumcised to be saved.

According to Acts 15, this concept/teaching “brought Paul and Barnabas into sharp dispute and debate with them.” This was an active discussion, not something that was passively accepted. Peter states that “God, who knows the heart, showed me that he accepted them by giving the Holy Spirit to them, just as he did us.” Acts 15:8 (NIV). Peter goes on to say that “it is through the grace of Lord Jesus that we are saved, just as they are.” Acts 15:11 (NIV). This should be the final word on the controversy and firmly puts Jews and Gentiles on equal footing. The decision of the Council highlights the fact that God made the decision by offering grace, and constrictive rules established by humans could not overrule God’s grace. The council also asked that the Gentiles entering the church “give up customs that were inconsistent with the principles of Christianity.” Acts of the Apostles, 195.

If the controversy was resolved why should we care now? Because the controversy and its resolution provides context for Christianity today. The controversy and its resolution provide clear guidance on how we behave toward one another. It may be easy to think that, faced with the same situation, we enlightened, modern Christians would not create the same obstacle for those new to the Church. Yet, we often do. We often create hurdles for those entering our faith. Hurdles which discourage and lead to division. Sometimes those hurdles center around diet or the way we dress. We construct requirements for redemption that limits who enter our church while preserving our perceived uniqueness. In this way we place self-identification and pride in front of what the Lord has asked us to do; we place our requirements above His grace.

Thank you for your expression of hope. Maya said it best for all of us.
“Love recognizes no barriers.
It jumps hurdles, leaps fences, penetrates walls to
arrive at it destination full of hope.”
- Maya Angelou

The council also asked that the Gentiles entering the church “give up customs that were inconsistent with the principles of Christianity.” Acts of the Apostles, 195.

“But that we write unto them, that they abstain from pollutions of idols, and from fornication, and from things strangled, and from blood.” Acts 15:20

“For I bear them witness that they have a zeal for God, but not according to knowledge.” Rom 10:2 (Fanaticism)

“All day long I have stretched out My hands
To a disobedient and contrary people.” Rom 10:21 (Insubordinate gainsayers)

The trend of Rom 8:7 types is to be rebellious anarchists who throw the baby out with the bath water

We often create hurdles for those entering our faith. Hurdles which discourage and lead to division. Sometimes those hurdles center around diet or the way we dress. We construct requirements for redemption that limits who enter our church while preserving our perceived uniqueness.

Given the author’s well-stated premise, I cannot help but share a quote of out the Teachers Notes for this week’s lesson:

“A major concern of many church leaders today is a growing laxness when it comes to traditional lifestyle standards. This decline in standards spans not only dietary guidelines but also modesty in dress, adornment and the frequenting of entertainment venues once thought to be off-limits (theaters, dance halls, and so forth).”

Theaters?, dance halls?..what century are these people living in? I guess the ASBG staff, described as the Principal Contributor, have never heard of Netflix.

Or, regarding the case of Dance Halls, the contributing author must be from Texas…

I resisted mentioning that, but you are so right. My mom, if she were living (she died 3 years ago) would be almost 100. She got her degree from TCU (1942) in music and played at many a dance hall to defray school expense! She never took me to one, but point being, you have to be about that old to know what a dance hall is!! Thanks for your sense of humor.